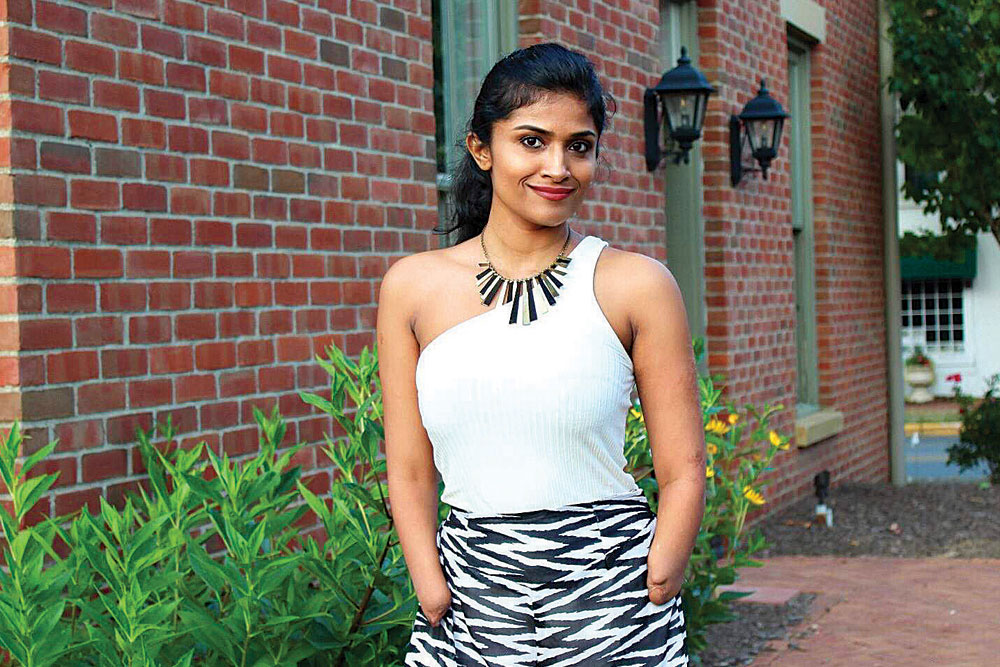 Summers in Bikaner could get really hot and for a teenager the summer vacation is the best thing to happen to stay away from school and at home. What started as an innocuous attempt to mend her jeans pocket took her to the garage to find something heavy that she could jab to her attempt to stick the pocket with glue. It was 1.15 PM on May 26, 2002 that this act of repairing her jeans resulted in horror of horrors for the Iyers. What Malvika had picked to jab was an unexploded grenade which went off the moment she pressed it hard resulting in a blast inside their house and causing a massive shock to her.

The impact of the blast blew away both her hands. She was conscious, but did not feel any pain. Her parents were shocked at the sight, but quick thinking that they were; they got her out from the scene in the family car, when she spoke for the first time that her legs were aching. The hand was severed, but it was her legs that were just about scraping to the skin because a million tiny pieces of the grenade were lodged in there. The hospital experience was horrifying even as she started to feel the pain a few days later. It was all a blur and bloodbath.

“Opportunities are there for every one of us. Don’t give in. Fight and you will survive,” says Malvika Iyer Motivational speaker & Disability rights activist

About 70-80 % of nerves on her legs were destroyed. She needed to preserve what little function it had left so she could maintain her walking ability, severely limited though it was. Her training in Kathak and fondness to dance on film music was all a distant memory now. Her world and that of the family had taken a turn to something one rarely imagines. The hospital stay lasted 18 months through several surgeries, therapies and procedures that made her mostly bed-ridden. The pain was unbearable. The pain of losing her hands, her two years of school and a life that was until then was perfectly normal.

The time in solitude instilled a sense of proving something and she started to work towards getting back to a normal life, as close as she could. She registered for her board exams in private and jumped into her books wholeheartedly, taking help from a local coaching centre. Fully supported by her family, she accepted her disability and realised she had to dictate when attempting her exams. The result left everyone spellbound – she scored 483 out of 500 and was a state rank holder. She made up her mind to attend the best college and was enrolled at St. Stephens, graduating in economics with honours.

She is an example of someone who has adjusted to what life had to offer her and her strong will and confidence in her abilities is what has made her a champion of surviving the worst. She is doing well professionally and personally and is a sought after motivational speaker.