NDRF: The Lifeline of Disaster Management 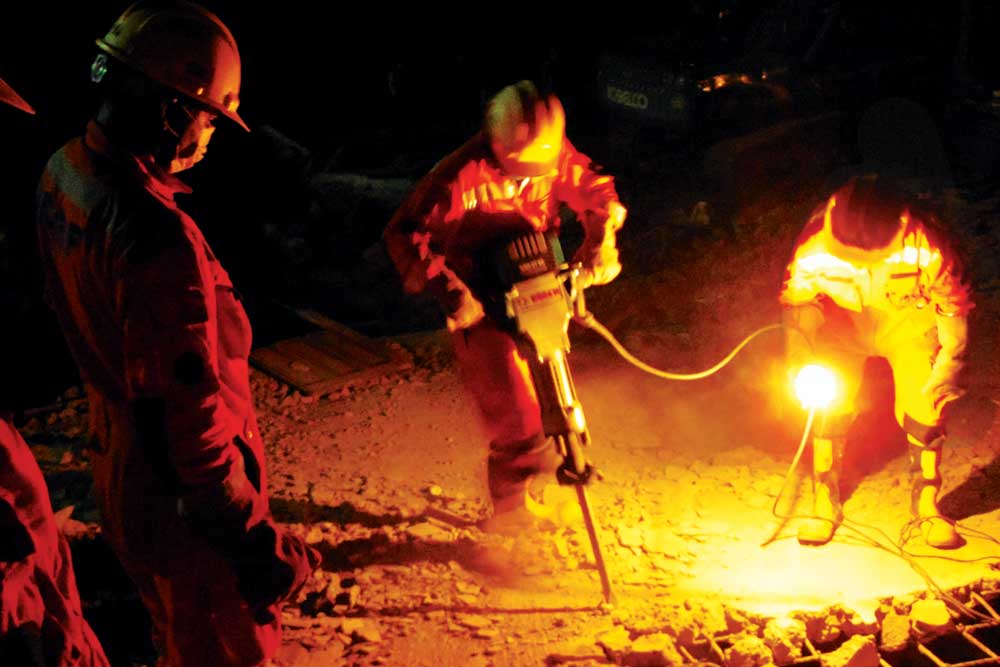 The mid-nineties and the subsequent decade saw much International debate and discussion around Disaster Response and Preparedness. Some of the notable and more impactful ones were the Yokohama Strategy Plan (1994) and the Hyogo Framework for Action (2005), adopted by the UN. During the same period India faced some of its most severe natural calamities like Orissa Super Cyclone (1999), Gujarat Earthquake (2001) and Indian Ocean Tsunami (2004). This succession of events and the International environment led to the enactment of DM Act on December 26th, 2005. The act provided statutory provision for constitution of National Disaster Response Force (NDRF) for the purpose of specialized response to natural and man-made disasters. Accordingly, in 2006 NDRF was constituted with 08 Bns of different paramilitary forces. As on date 12 NDRF Bns and additional 23 footprints are located at different places across the country based on the vulnerability profile of the region. Over the years NDRF has proved itself a vibrant Force in the country which provides prompt assistance in search and rescue, mass evacuation and immediate relief to victims in case of natural or man-made disasters. So far, NDRF has responded in approximately 1121 operations and has rescued more than 4.5 lac victims and retrieved approximately 3000 dead bodies. Besides responses, NDRF works with resolution towards resilience of the country in regard to disasters. NDRF organizes community awareness programmes to inculcate a sense of awareness towards disasters in common masses about the vulnerability profile of their area. So far more than 41 lakh people of the country have been benefited in these programmes.

NDRF has upgraded its response capabilities by means of rigorous training, re-training, use of latest & sophisticated disaster response equipment, use of advance technology for effectiveness in search & rescue operation. During this period NDRF responded to numerous disasters in the country and beyond boundaries. Some of them are:- fury of flood in Assam, West Bengal, Rajasthan and Gujarat, Train Accident in Karnataka andMadhya Pradesh, CSSR Operations in Delhi, Uttar Pradesh and Maharashtra, Bilaspur Tunnel rescue operation, Cyclone Komen, Landslide Operation in Manipur, Cloud Burst in J&K, Chennai Flood in 2015, Kolkata Flyover Tragedy, Leakage of Fumes/Gas in Bangalore, Fire Incident in Mumtaz Market, Lucknow, U.P, blast in the Chemical factory in Thane, Maharashtra in 2016. During these operations, NDRF rescued more than 51,700 victims. Swift response by Force during an earthquake of 7.8 magnitudes in Nepal in 2015 saved 11 precious lives and retrieved 133 dead bodies trapped under the debris which got accolade from all over the world including United Nations. To upgrade its disaster management capabilities for timely response to disaster, NDRF has collaborated with specialized agencies in the country for upgrading information & data, its skill, training and preparedness for potential disasters. The MoU was signed with National Remote Sensing Centre, ISRO, Hyderabad, Jai Prakash Narayan Apex Trauma Centre (JP-NATC) AIIMS, New Delhi to develop and implement mutually beneficial training and programmes in capacity building for emergency medical support.

The yeomen services of the force got its recognition in IIT Delhi as well, in the form of a Case Study of NDRF for “Awareness, Engagement & Intervention For Community Empowerment”. It says, “From mobilizing the teams in shortest possible time to enhancing their national response capabilities to planning feature strategies, this force has now began to conduct breakthrough operations to save precious lives and property. It has clearly surfaced as a pioneer in creating new models to capture the value at the grass root level. It is a visible sign of changing the organization where a government institution is innovating to impact public services on a significant way, touching the lives of people and beyond.”