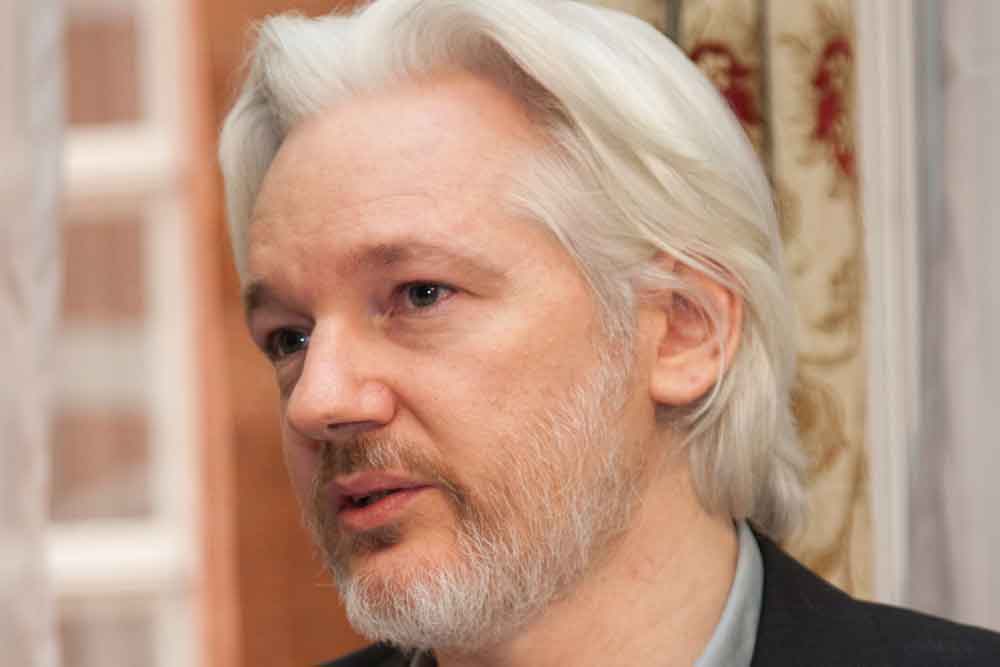 
Stefania Maurizi is the only international journalist to have partnered with WikiLeaks in all of its major projects since 2009. The acclaimed Italian investigative reporter, who currently works for the daily Il Fatto Quotidiano, had previously been associated with major media groups such as La Repubblica and l’Espresso. Maurizi, who has now come out with a book on WikiLeaks in Italian, has been working hard for the past seven years to access the full documentation on the WikiLeaks case from countries that include the US, UK, Sweden, Australia and others. The English edition of her book on WikiLeaks and its founder Julian Assange, who is now languishing in UK’s high-security Belmarsh prison, will be out in November.

UK has come under attack over its home secretary Priti Patel’s decision to extradite Assange to the US where the 50-year-old publisher and journalist has been charged under the US Espionage Act and faces up to 175 years in jail if found guilty. Assange’s lawyers have vowed to appeal the UK order. Maurizi, who has met Assange several times over the past 13 years, says that she met him only twice as a free man in 2010. In an interview to Open from her home in Tuscany, Maurizi says so far none of the intel agencies have been able to find a single person who was hurt by the documents that WikiLeaks published. Edited excerpts:

Could you please tell me about your new book on WikiLeaks and why did you write it?

My book is already available in Italian. It will be available in English in November. My book is the result of 13 years of investigative work on the Julian Assange and WikiLeaks case. Among the media partners who have worked with WikiLeaks, I am the only one who has worked on all of their secret documents from the very beginning starting in 2009 when very few knew about WikiLeaks. It was only after (the) Collateral Murder (footage), it became an internationally known media outlet.

I work on all their documents, including those on the wars in Afghanistan and Iraq, besides the US diplomatic cables, Guantanamo Bay documents, and documents according to which the CIA planned to kill or kidnap Assange. I have also spent seven years, apart from my usual journalistic work, investigating the case (against Assange and WikiLeaks), litigating freedom of information requests in Sweden, in the UK, in the US and in Australia. I did it to access full documentation on the case.

I have put together the outcome of all these investigations in my book. In Italy, contrary to my expectations, the book has been successful. Secret Power: Why They Wanted to Destroy Julian Assange and WikiLeaks is the title of the Italian book (as you translate directly from Italian). In English it will come out as Secret Power: WikiLeaks and Its Enemies. It will be published by Pluto Books with a foreword by Ken Loach.


Tell me about yourself. How did your association with WikiLeaks come into being as early as 2009?

It all started in 2008, a year before I started partnering with WikiLeaks. That year, one of my sources suddenly started talking to me. She was convinced that she was under illegal surveillance and interception. I have never known what she knew. And she never met me again. It was at that point that I knew I needed better source protection. The tools we use to communicate with our sources – like telephones and emails – belong to the twentieth century when mass surveillance of the kind we face now was not in place. Surveillance technology now is very invasive. So old-fashioned technologies are not useful in communicating with sensitive sources.

I was a mathematician before I became a journalist. So, I knew the concepts of cryptography. And one of my sources who is into cryptography told me, “Well, you should check out those bunch of lunatics.” He was jokingly referring to the WikiLeaks team. He greatly appreciated their work. It was 2008 and WikiLeaks was known in a small circle of people. Then I started looking at their work and I was deeply impressed because they could obtain documents related even to the manual of the military task force operating in the Guantanamo Bay detention camp. They could obtain documents others could not because they provided very good source protection. At that time, there was no media organisation that provided good source protection using cryptography. There was only one: WikiLeaks.

In addition to this, I was impressed by their courage. They were able to resist pressure from the Pentagon to have these documents removed from their website. You have to keep in mind that after 9/11, media organisations had begun to say yes to the Pentagon and intel agencies (in what to report and how to report). For example, the New York Times had refused to use the word ‘torture’ for torture and used ‘interrogation’ instead. The mainstream media was very timid then.

There are senior journalists who hold key positions in large media organisations who do not consider Julian Assange a journalist. What do you have to say to such people?

He is a brilliant journalist, one who had the courage to publish documents very few journalists had the courage to publish. I was there from the very beginning as a partner and I have seen how he worked. They managed to get explosive documents because they provide excellent source protection and they look at the documents and verify them. Sometimes they alerted the partners that the documents were not genuine. They told us: stop working on them because there was no point working on them. They were so smart that they invented the concept of large-scale media partnerships which are being copied by many including the consortium which published the Panama Papers.

The smear campaign – that tried to depict WikiLeaks as a group of people dumping things from the internet – is completely false. Such campaigns are meant to undermine their professional credibility. If you want confirmation, you don’t have to listen to people like us who have collaborated with them, you just have to look at the top journalistic prizes WikiLeaks has won: The Economist New Media Award, Amnesty International UK New Media Award, Martha Gellhorn Prize for Journalism and so on. Very recently, he won the Gunther Wallraff prize (which his wife Stella collected on his behalf).

Many of the WikiLeaks documents were published 12 years ago. The US government immediately accused him of putting lives at risk. Twelve years later, they haven’t found a single person who was killed, injured or jailed because of WikiLeaks. So, this is a campaign. There was the rape allegation in which there were no charges against him. Then there was the Russia campaign. Numerous disinformation campaigns followed to undermine WikiLeaks. 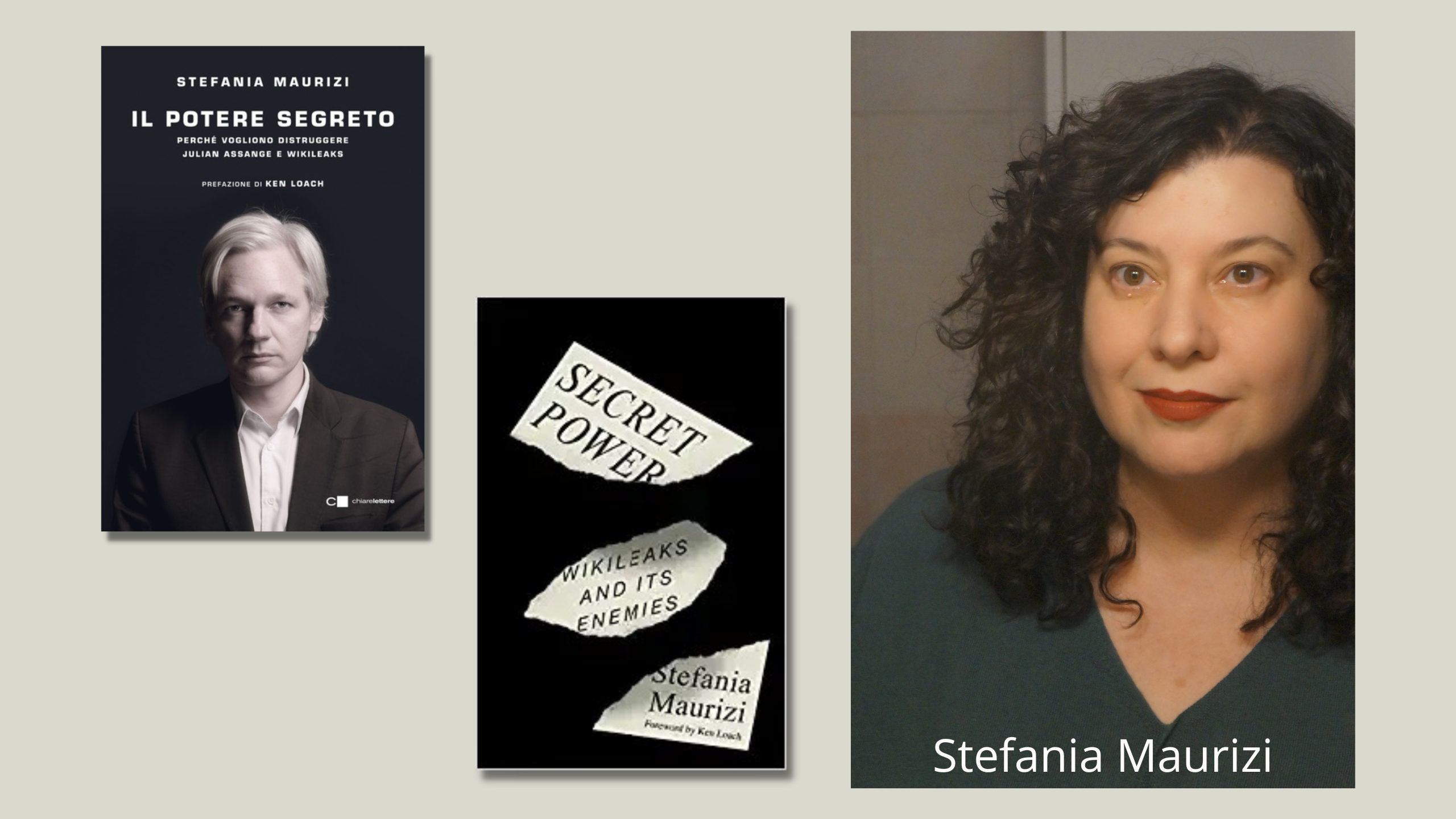 How do WikiLeaks and its partners make sure that assets on the ground are not put at risk while publishing these implosive documents?

It is very clear. If you look at the very beginning of WikiLeaks publications, or perhaps starting from 2010 when the Afghan documents were released, the Pentagon accused WikiLeaks of putting lives in danger. Then hundreds of intelligence analysts from the CIA, NSA, the Pentagon and others went through these publications. No other media organisation has been put under as much scrutiny as WikiLeaks was to analyse the impact of their reports. During the (American whistle-blower) Chelsea Manning trial, the head of the task force (assigned to study the impact of Manning’s leak), Brigadier General Robert Carr testified that he was unable to find anyone was hurt from her disclosure. That was in 2013. Nine years later, too, they are unable to find a single victim. You can imagine how hard they may have tried to find even a single victim!

In this model of journalism you are talking about, how important is hacking?

You have to realise that the problem is not hacking. Assange has been convicted by a grand jury in the US (for violation of the Espionage Act) for 175 years in prison over publishing disclosures obtained from US military whistle-blower Chelsea Manning. Manning is one of the greatest sources of all time in the history of journalism. And she paid such a huge price for it. She initially spent seven years in a military prison. She was then put in prison again. She refused to testify against Assange before the grand jury. He is not in a UK prison now for hacking, but from publishing documents from one of the best sources of all time. Manning had the courage to provide details of American war crimes to WikiLeaks. The WikiLeaks story is therefore not a story about hacking, but a story about the secret power — which is basically unaccountable – that is protected by state secrecy. This secrecy is not used to protect the citizens, but it is rather used to grant impunity to the men in power who commit war crimes.

This is the easiest case on earth. Because this is a case in which a publisher, a journalist had the courage to expose war crimes and tortures, and has never known freedom again. Whereas the state criminals and torturers exposed by his publication have spent not a single day in prison.

This is why in his foreword to my book the great British filmmaker Ken Loach characterised the whole story of Julian Assange as “monstrous injustice”. Julian Assange has never known freedom since he published the most implosive documents about war crimes and tortures since 2010 (including the ‘Collateral Murder’ videos that were leaked to Assange by Manning and showed a July 12, 2007, indiscriminate helicopter shooting in Iraq that killed 18 people, including two journalists working for Reuters).

Have you met Julian Assange after he took asylum at the Ecuadorian embassy in the UK in 2012 and after he was taken away to the Belmarsh prison in 2019?

I have met him many times. But I have met Julian Assange as a free man only twice. One was on June 21, 2010, in Brussels, immediately after he published the ‘Collateral Murder’ videos. Then I met him on 27-28 September 2010. After that I only met Assange either under house arrest or at the Ecuadorian embassy. And I could see his health deteriorating year after year, month after month.

Are you disappointed about authorities in Britain not doing enough to protect the freedom of the press?

We had this idea that Britain is a place where you can have the freedom of the press. Thanks to this case we know that it is no longer the case. They have completely assisted the US government in this case in extraditing Julian Assange as if he is a mafia leader. They seem to make no distinction between a publisher and a drug baron. This is appalling. This is a very sinister attack on the freedom of the press to protect state criminals.