Voyaging into the bizarre with elan, TC Boyle offers no redemption but stunning wordplay and surprising insights. 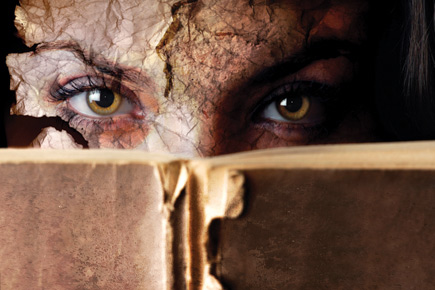 Voyaging into the bizarre with elan, TC Boyle offers no redemption but stunning wordplay and surprising insights.


A poor Mexican boy inflicts bodily harm on himself and feels no physical pain; a suburban woman runs into a tiger in her garden; a child is dragged into the civilised world from the wilderness against his will. An obscenely rich Californian couple spends $250,000 on cloning their pet dog, hoping money can buy them happiness, or at least a cloned version of it. The stories in Wild Child, TC Boyle’s ninth collection, leap into the realm of the bizarre with elan.

Boyle takes a hard look at the relationship between humans and nature here. He talks of puny humans trying to conquer natural processes like ageing, and by extension, even death; physicians struggling to find explanations for miracles that defy the logic of science; brutal forest fires and mudslides upsetting the best laid human plans. Boyle is a master stylist and satirist. He punctures modern man’s illusion of being master of the universe in a voice polished to perfection.

The connection between the human and natural world has caught Boyle’s attention before. Ten years ago, his novel, A Friend of the Earth, explored the chilling effects of climate change on the human race. As the threat of global warming becomes more real by the minute, the novel hovers over us like an apocalyptic warning. Boyle dug deeper into the troubled equation in the short story collection Tooth and Claw (2005). Wild Child follows the same trajectory.

There is a not-so-gentle irony at play in the stories in this collection. Boyle’s savage twist of phrase cuts right to the bone. The boy who feels no pain because ‘no amount of spanking or pinching will even begin to touch him’ is nicknamed Sin Dolor—The Painless One. The doctor who wants to find the secret to a pain-free life begs the boy’s father to give him access to his son. Even if the doctor is ‘an agnostic with regard to the question of God and a supernatural Jesus’, he tempts the father with the promise that his son can redeem mankind from the ‘pain of ages’.

The attempts of the wealthy Strikers in Admiral to recreate the same environment for their cloned Afghan Hound as their dead pet are hilarious. Nisha, the unemployed college graduate they hire for ‘clone-sitting’, stages a rebellion of her own which is fleshed out with quiet sympathy. She lets Admiral-2, the prohibitively expensive clone, ‘run free where he really wanted to be, out there on the street where the cars shunted by and the wheels spun and stalled and caught the light till there was nothing else in the world’.

In Wild Child (based on the true story of Victor of Aveyron who was found running wild in the woods in southern France in 1797 at the age of 10), a child, half-human, half-animal, is forced to handle the world’s attempts to civilise him. Boyle exposes the ugly streak hidden under the world’s veneer of sophistication, bravely questioning the virtues of a civilised existence.

There are revelations in these stories that will leave the reader richer for the experience. The word play takes your breath away; insights illuminate in surprising, often surreal ways. But Wild Child does not hand out dollops of redemption or happy ends. Boyle is at his best when he is cruel to be kind.