The Shape of Her

The story of a young couple, both of whom were sexually abused as children 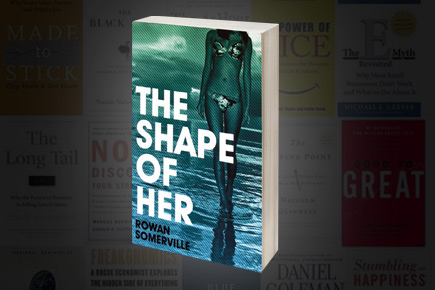 The story of a young couple, both of whom were sexually abused as children


You get this sense from The Shape of Her that Rowan Somerville was sent off as a boy to one of those posh, uptight, brutal English boarding schools where they had to sing prayers to Virgin Mary for morning assembly, lights had to be switched off at an unearthly early hour, and sex evoked either sniggers or the shame and hurt of forced, furtive encounters. Somehow, just somehow, Somerville managed to escape the trauma of this sexual abuse. And he can never quite forget how fortunate he is for that.

Originally titled Sex That Lasts for Years by Somerville, this is the story of a young couple, both of whom were sexually abused as children. Haunted by this, they seek deliverance in each other, in what they hope will be sex that heals. Perhaps they are too determined, or perhaps they still hurt from all those years ago, but the salve they seek is lost in their clumsy, earnest love-making. It’s a tricky terrain, but Somerville charts it fairly well, at times poignantly evoking the bewildering pain of a love failed by lust.

In 2007, Ian McEwan wrote a slim, elegant, and, by his Booker-winner standards, overlooked novel called On Chesil Beach. Of course, McEwan’s writing is far more skilled, but here too, the central narrative is sex. A young couple, terribly in love, is unable to consummate their love. Here, in Somerville’s book, the love is consummated over and over again with dogged, strenuous effort, but it remains just as unfulfilled and unhappy. Pick at a scar once too often and it becomes a scab.