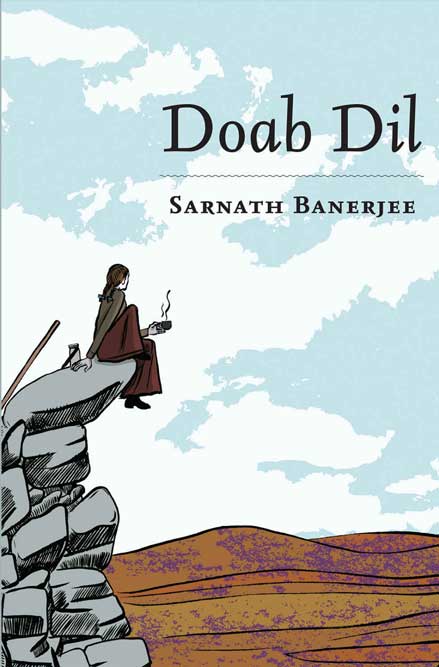 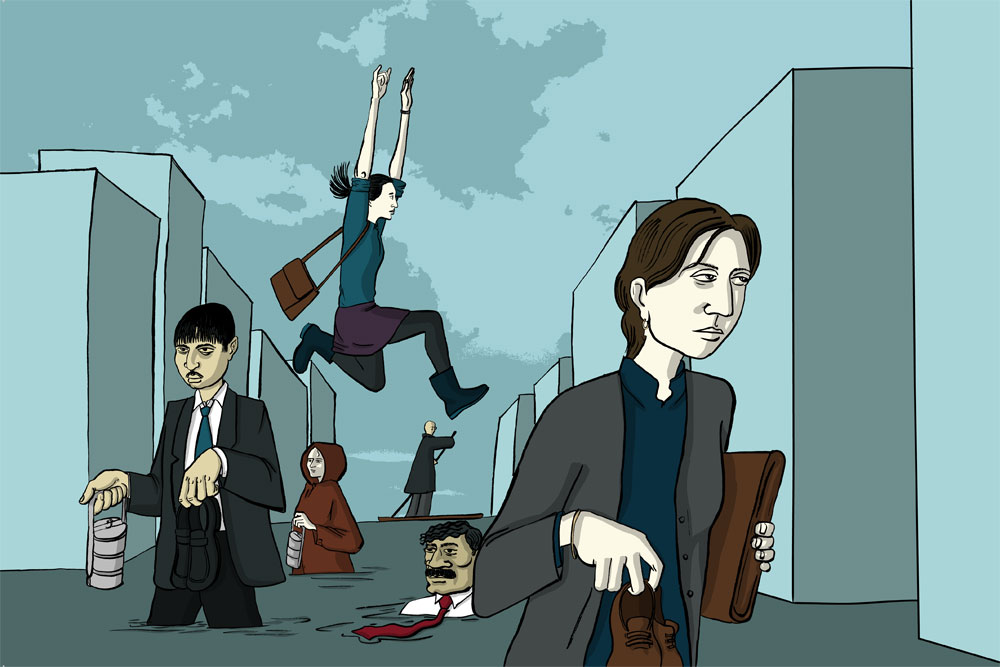 A master-artist has created something challenging in Doab Dil. It took me a while to figure out how by pushing genres, he is visualising emotional absence. That’s a tough job—because facts can be translated into visuals but to illustrate emotive text can be testing. The interplay of both text and images is what Banerjee draws our attention to in this book. Describing the title, he writes, ‘The fertile tract of land lying between two confluent rivers is called a doab (Persian for two rivers). It is a rich, draught-free, populous tract where civilisations are born.’ Going by the aforesaid definition, one can miss out on the influential non-fiction work used in this book. The writings of Henry David Thoreau, Walter Benjamin, Francis Bacon, JA Baker among others, help Banerjee critique the growth of banality, the slow decay of life and civilisations. But, the philosophical tangents used to trace these developments are abridged—a not-so-careful reader might flip over the density here.

Consider the silent panels titled The Daily Decathlon—they collectively portray the absurdity of the rat race. In one, there’s an image of a sincere cobbler repairing the shoes of multiple office-goers. He happens to be the only one enjoying his job and the rest of his clients have a terrifying look of disdain on their faces. This panel is followed by an image of a multi-tasking new-age dad flipping an omelette into the air while simultaneously feeding his infant.  He has his ear-phones on and his eyes carry the heaviness of family detachment. Banerjee’s lines are sharp like his former works, and in order to decode his work we must understand how he communicates through them. For there is no one seamless thread that connects the stories told in Doab Dil, it is quite disjointed.

Banerjee’s last book, All Quiet in Vikaspuri (2016) was tilted towards philosophical commentary of issues like water crisis, environmental degradation and privatisation of the economy. Even his characters carried deep prefixes to their names like ‘psychic’ plumber or ‘Digital’ Dutta. The latter re-appears in Doab Dil with a sombre and darker mooring for sleep. It seems that through this portrait, Banerjee is exploring the rise of insomnia in modern day life, where one is distraught with the feelings of homelessness.  There are hundreds of recipes to lull one to sleep but none of them seem to work out. It is said that ‘In search of sleep, Digital Dutta travels far and wide, but insomnia adjusts itself to changing time zones.’

What makes for enjoyable reading are the ways in which Banerjee questions his own, somewhat short-lived attachment for philosophy. In that, it is quite an ambitious book which ends too soon. After giving the reader a gist of famous walkers who made history precisely by walking, he moves to Rebecca Solnit’s Wanderlust (2000). This shift is not told via words but through a single large image of an ergonomic leg-holding chair used for gynaecological examinations. Banerjee’s reference of Solnit counters the ‘greatness’ of male walkers in history. For terms like wandering, strolling, roaming etc were perceived differently when they were about women in the public space. In a London case, Solnit found out that a ‘loitering’ woman would be targeted as the carrier of contagious diseases like STDs. She would then be forced to undergo a medical examination violating her privacy and choice. While the utopia of great leaders walking their way through pretty landscapes wins the vision of the world, a ‘silent’ chair speaks so much more about the gendered aspects of walking. The muted colours in the image perfected by Sudeep Chaudhuri achieve this effect. Moreover, the absent woman in the medical examination room is a brilliant parallel for the erasure of women from the rooms of history and visibility.

Banerjee’s book doesn’t disappoint, rather it makes you wonder if there is a forthcoming sequel to fill all the theoretical gaps left. Any lover of graphic non-fiction (a genre which has come of age in India) should definitely grab a copy.