The writings of John Lang, who recorded the unexpected and the absurd of British India 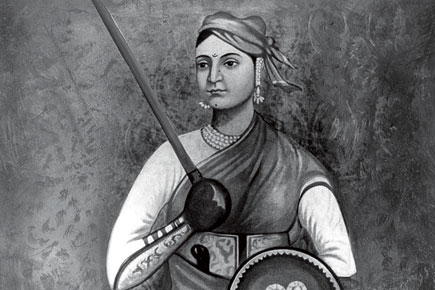 In the Court of the Ranee of Jhansi and Other Travels in India is the newest avatar of John Lang’s writings on mid-19th century India. The original compilation, which can be found online on Gutenberg, dated 1861, is a longer work titled Wanderings in India: And Other Sketches of Life in Hindostan. Most of these papers appeared first in Charles Dickens’ magazine Household Words. Lang, who wrote prolifically, longed to be a novelist in the tradition of Dickens and Thackeray, but failed to convince literary critics, who called him a ‘hospital bed’ novelist.

A second generation Australian who saw journalism as a way to advance a career in law, Lang arrived in Calcutta to join legal practice but soon became a cultural vagabond, learning Hindustani and Persian, and set up a newspaper, The Mofussilite, which served scandal, gossip and satire.

In the title piece, he is invited by Ranee Laxmibai who wishes to consult him on the legality of the British annexation of her state. As trivia, this in itself is startling. Sympathetic towards the Ranee who has been stripped of her right to rule as regent, his legal observations on the case are fascinating: the ruler of Jhansi had been a large zamindar under the Peshwas and had he remained so (and not become a Rajah, a title conferred on him and assured in perpetuity by Governor General William Bentinck), his acknowledgement of his (and the Ranee’s) adopted child as legal heir could not have been ignored by the East India Company, nor would his lands have been appropriated. But he did become king and Bentinck’s treaty was violated. Without referring to Dalhousie’s Doctrine of Lapse, Lang asserts that the annexation of Jhansi was ‘unjust and without excuse’. Although the briefest episode in the book, one supposes its title and prime place in this collection will entice many an Indian reader who has been taught to eulogise the woman who stood up to British treachery. In The Mahommedan Mother, Lang indulges his fascination with mystery and melodrama by introducing an enigmatic Indian woman who reveals her life’s story and love of a lost child; she is reunited with the boy, separated again, and dies of a broken heart. The probable and improbable coalesce to maintain a suspenseful atmosphere.

In Black and Blue, the author traces the story of the son of an English father and a ‘coal black’ woman who had been converted to Christianity. Called Chandee (silver) by his parents, he is the Black and Blue of the title: dark in complexion with light blue eyes. When he is finally recognised and encouraged to go to London to claim his earldom, Lang adds a masterful touch: ‘Here Black and Blue was prevailed upon to wear Christian clothes. In his snow-white muslin dress, his pink turban, and his red slippers covered with gold embroidery, Black and Blue had looked an aristocratic native, notwithstanding he was so very black…. But in his black trousers, black waistcoat, black surtout coat, white neckcloth, black beaver hat, and Wellington boots, poor Black and Blue looked truly hideous…’ Taken together, the other six pieces in the book—full of conversation and comment— read like a travel diary as Lang moves up the Gangetic plain meeting bankers and maharajahs (including Nana Sahib of Kanpur) and journeys across north India in the company of a lieutenant on a march through the Upper Provinces who edifies him on the loyalty of the sepoy, issues of caste (‘more than four-fifths of what they talk about it is pure nonsense’) and the British military system, entertaining him with stories of officers, natives, kings and children of mixed race. En route, they encounter others who narrate their own sagas of faithful loves and wretched tragedies, stories within stories.

While descriptions of homes, replete with punkahs and ‘native pictures of Hindoo gods and goddesses’, houdahs on the back of an albino elephant, Sahibs and mahogany sideboards, moonshees and moolvees, will delight Raj enthusiasts, Indian Society, arguably the best of the anecdotes, provides a lively critique of the divide between civilian and military officers (and the ridiculous rivalry of their wives), and an animated discussion between Lang and a ‘Bengalee Baboo’ on the British Empire and the ‘hopelessness of the task of converting the Hindoo and the Mussulman to Christianity’.

Lang documents the unexpected and the absurd, and his writing is marked by a spirit of contrariness; he espoused the cause of the ‘untouchable’ (against the upper-caste) and the Indian (against the East India Company), just as he had stood up for the rights of former convicts in Australia. A longer introduction to his colourful life and times is sadly missing. Since Lang mentions few dates and his writings are not arranged chronologically, the reader takes away stories without their historical underpinnings and significance.

(Anjuli Kaul has taught history for three decades and is co-director of The Learning Centre, Goa)