A bunch of young male writers has come to dominate India’s romance charts, once the preserve of female writers 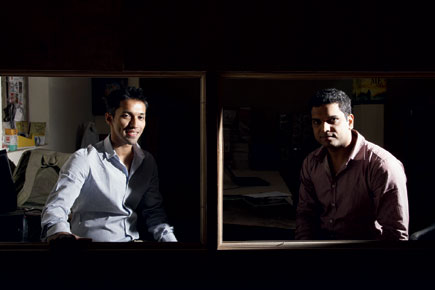 A bunch of young male writers has come to dominate India’s romance charts, once the preserve of female writers


Romance writer Ravinder Singh has an uncomplicated explanation for why his first book, I Too Had A Love Story (2010), sold around 300,000 copies. “Readers couldn’t believe a man had written this,” the 30-year-old says. “Could a boy actually have these feelings? Could a man want anything other than sex?”

In this world that we live, where love is equated with another four-letter word, maybe Singh’s fictionalised love story could seem a tad too ‘sweet’ for us cynical folks, but it’s clear—we are a minority. Some of the reader reviews on the internet of I Too Had A Love Story go into raptures—‘I bet this book will fix itself as a pole star guiding the couples of this generation’; ‘A must-read to find out the meaning of true love’; and ‘It gives you the definition of love’. There are a few others who call it the ‘worst book [they] have ever read’ and termed the writing style ‘lousy’, but then one only needs look at Chetan Bhagat for assurance that what’s ‘intellectually acceptable’ and what’s ‘popular’ are different things.

Singh and other male romance writers don’t care two hoots about who thinks they should be on India’s ‘what not to read’ list. It could be because readers are more inclined to pick up these pulp romance books than those of highbrow authors. Popular young male-lit authors include Singh for his “perfect” romances, as he calls them, Durjoy Datta with his “real, imperfect take on modern relationships”, Sachin Garg with his “relatable yet aspirational” writing, and Faraaz Kazi with his “every man could be me” formula.

As Urmila Dasgupta of Purple Folio, a literary agency for new authors in India, says, “Traditionally, there have been women romance writers. But the male voice is now the exotic novelty. The New Age man is finally telling his story. The old image of men as emotionless creatures is dying. The metrosexual man wants to share his emotions. It’s the coming of age of male writers as well as readers who are buying them.”

Ravinder Singh himself came of age when he wrote I Too Had A Love Story. The book came about after his fiancé, Khushi, who he met on a matrimonial site, died a few days before their wedding. Ravinder wrote the book in search of closure, and also as a way of keeping Khushi alive.

“It was a cathartic experience. When you share your pain, it becomes half of what it is. And then I knew that love could happen to me again. It helped me open the doors that I had closed.” Ravinder is a Punjabi boy from Burla in Orissa. He recently graduated from Indian School of Business in Hyderabad. Growing up, he read, let’s count… zero books. It took an English professor to tell him that his book draft was similar to Erich Segal’s Love Story. So he read some of the world’s famous love stories. He didn’t want publishers to think he was a plagiarist.

“I didn’t want to end up copying anyone, so I read the famous love stories before I sent my story to publishers,” Ravinder says. “But the good thing about not reading [anything earlier] is that my mind is clear and no one influences me. I do read now, and have read about 12-13 books.” Ravinder also feels that it could be his “small town conservative” upbringing that makes him look at love in an innocent way. “Everything is commodified now. In a small town, if you fell in love, it was a big thing. But in a big town, that doesn’t happen. I think that’s why I write eternal love stories.” His second book, Does Love Happen Twice, has sold 160,000 copies since it was released last December, says his publisher, Penguin. “My second book is for my readers. I have realised by the nature of letters I get that not all stories are happy stories. There are too many break-ups and divorces. So I wanted to let them know that love can happen twice.”

The book follows the character Ravin from his first book and his tryst with love again—all of which is of a charming, naive nature. And that’s when Ravinder suggests the improbable. “My books work as there is no sex in them. Sex lasts a short time. I want my readers to have a more lasting experience. I also tell them to commit only after being sure about who they fall in love with. I may be romantic, but I advise people to know that love is not about being blind.”

Vaishali Mathur, senior commissioning editor, Penguin, says, “Ravinder’s stories are close to his fans’ hearts. During our launches for the second book across India, we met so many people who not only felt touched by his story but identified with it too. They added their stories to it. We released a special Valentine’s edition of the book that has sold out.”

Durjoy Datta, on the other hand, is an Indian male Candace Bushnell. The 26-year-old’s stories and characters have a lot of sex. His justification is that he’s portraying an accurate picture of Indian youth. “People have told me I am selling sex,” says the Delhi boy. “But that’s the kind of people and stories I know. The circle I hang around with is sexual. It seeps into my writing. People sleep around these days, cheat on their partners. I am just stating the truth.”

Datta seems to have earned some following. The author of titles like She Broke Up, I Didn’t, Ohh Yes, I Am Single! and Of Course, I Love You! Till I Find Someone Better was the country’s third highest selling Indian author in 2011, according to AC Nielsen’s Bookscan. With fellow author Sachin Garg, he has started his own publishing house called Grapevine India. His Facebook fan page, which is followed by more than 35,000 people, even prompted a newspaper journalist to suggest in her piece that it was his cute looks that did all the work, and the writing just didn’t matter. But Datta doesn’t mind that. His titles are doing well, even considering that publishing is an industry where figures and claims need to be taken with a pinch of salt. Durjoy’s latest, If It’s Not Forever, It’s Not Love, has reportedly sold 75,000 copies in two months. This one, though, is a pure love story, a departure from his usually wild tales.

“When I started writing in 2008, nobody was writing in this [raunchy] genre, especially for men,” Durjoy says. “Every guy who reads it feels it’s his story. These are real stories about real people. Why should any of the content be shocking? People are like this these days.” And though he has written a perfect love story now, he still pauses when we ask him what love really is. “A relationship that goes on for very long is love,” he says with a laugh. And now that his “eternal love story” has worked, he might write more romances. Yes, being cute does help, but that’s all part of the job. “Women do write in a lot. And most of them want to meet.”

Durjoy’s partner-in-pulp, Sachin Garg, who has written books like Never Let Me Go, I Am Not Twenty Four and It’s First Love, says that their books work because, “Readers need to find themselves in your novels, and ours [let them]. They have to relate to the characters as well as aspire to be them. Women writing romance do have an edge, but men are catching up. Before I started writing, I read all the chick-lit I could. Lauren Weisberger and Cecilia Ahern were my favourites. In real life, the concept of love has become boring. It’s all just about meeting interesting people [these days].” Sachin also explains what they, as publishers, are looking for in other writers. “You can have an old concept, but the core idea has to be original. And clarity of language is a must.”

Twenty-five-year-old Mumbaikar Faraaz Kazi, whose first book Truly Madly Deeply was a love story of two teenagers who drift apart after misunderstandings and ego clashes, was nominated in various categories at the annual Goodreads Awards. The author, who is also an MBA and a triple post-graduate with a Masters in Psychology and Human Resources, wove an elaborate social network web for his book. Kazi feels that male romance writers are thriving on their ‘Blue Ocean’ strategy: “It’s about discovering markets that were previously undiscovered.” His books work, he insists, because he knocks out all mumbo jumbo. “People can connect to these stories. Love is an integral component [of relationships], but so is sex. They aspire to be me as well. People who write in can feel every emotion I am putting down.” He also gets many girls writing in. “Unless they want to meet my mom for tea, I always find time to reply to mails,” smiles the young author, who is now working on his second book.

The reasons behind the success of these books could be manifold—the fact that romance is eternal, that Indian readers want some to bring back that ‘loving feeling’, or just that these writers have managed to voice themselves with an emotional candour considered rare in male writers.

Undeniably, though, these authors are getting something right. Their success reminds you of something Mark Twain is supposed to have said: “My books are like water; those of the great geniuses are wine. [Fortunately], everybody drinks water.”