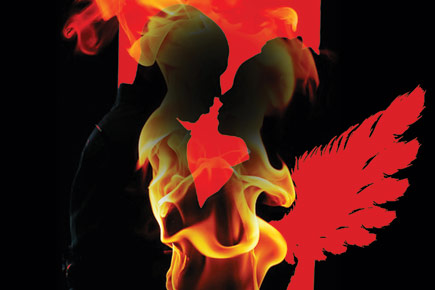 
In Taking Pictures, Anne Enright is preoccupied with the twin enigmas of human existence—sex and death—and the chaos of both. In all stories  (except one), women protagonists get to tell the tale, and they tend to tell it as it is. Enright’s women are buffeted by love and marriage, childbirth and adultery, teenage, old age and bereavement. Their bodies are often ravaged by motherhood, anorexia, cancer or alcoholism. They drift into relationships or around their peripheries, struggling to make sense of their shifting shapes.

There are generous doses of love and lust—forgettable sex, great sex, sex gone wrong—here. But there is nothing pretty about much of what goes on between the covers of Taking Pictures. Enright’s gift lies in unveiling the terrible beauty in all this bleakness. Like in her Booker Prize-winning novel, The Gathering, she is in fine form. Her language is incisive as a surgeon’s scalpel, illuminating as an epiphany. These stories are pithy snapshots of lives lived, loves endured, connections made and broken. Each finely etched moment radiates the intensity of entire lifetimes.

Taking Pictures is laced with savage bleakness and black humour—a lethal Irish trait Enright has honed to perfection. In ‘Pale Hands I Loved, Beside The Shalimar’, the protagonist, in love with a man who has had a mental breakdown and is ‘madder now than he ever was’, wonders if she should shove a few pills down his throat. But then she reasons: ‘We were always too delicate with each other, even for words, so we just said goodnight and went to bed.’

In ‘The Bed Department’, Kitty tries to divine portents of happiness in her dead-end life when a new escalator is installed at her workplace. Random and apparently insignificant moments are decoded with startling clarity. Images leap out of the pages and catch you by the throat: ‘In a mental asylum, a smell everywhere of bleach that was like your own madness, not theirs,’ ‘she died rigid, sitting on that banquette, playing solitaire’, a scar across a woman’s throat like a ‘second grin’.

Love, loss, loneliness, home and homelessness, Irishness—image, language and an impeccable emotional honesty illuminate them all on these pages.