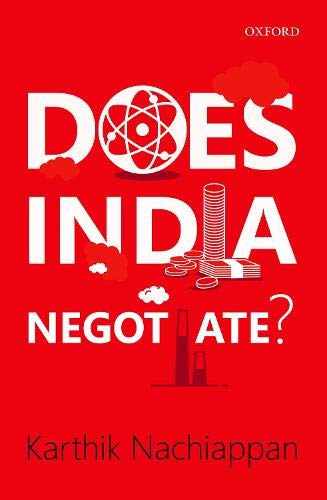 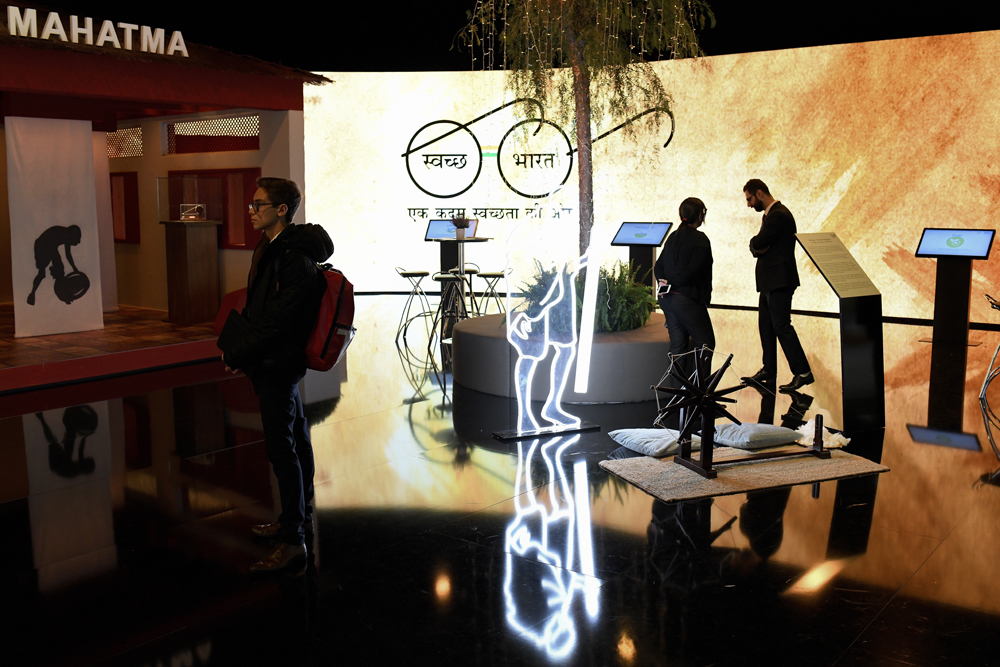 Participants in the India Pavilion during the opening day of the UN Climate Change Conference in Madrid, December 2, 2019 (Photo: Getty Images)


‘HAS INDIA TOSSED out the Kama Sutra and come up with another way of screwing the world?’ wrote an American science journalist in 2013 while describing the country’s role in a contentious round of international climate change negotiations. Obvious racial stereotyping aside, the statement was intended to rebuke New Delhi for blocking a key agreement in the negotiation. The country is frequently castigated as a ‘prickly’, ‘obstructionist’ actor in the world order. In such descriptions, Indians, influenced by their bureaucratic culture, institutional ineptness or ideological posturing, appear more willing to throw a wrench in multilateral negotiations than to make meaningful contributions. This defensiveness, critics argue, is proof of why the country is not ready to play a larger role on the global stage.

Karthik Nachiappan’s book Does India Negotiate? offers a powerful defence against such criticisms. Using case studies of international negotiations on trade, arms control, climate change and health, he seeks to understand how India’s negotiating positions and tactics evolve. The book argues that rather than the top-level leadership taking decisions in some knee-jerk manner, Indian negotiating stances emerge out of a complex ecosystem of Government departments, academia, civil society and industry lobby groups. It describes how Government institutions like the Ministry of External Affairs steadily learn about emerging issues; how domestic pressure groups sometimes manage to get Government to change its position; and how policy thinktanks, technical research organisations and advocacy groups serve a crucial role in supplying the Government with data, talking points and policy ideas. The three primary factors driving Indian policy are its perceived national interests, its institutional capacity and domestic interest groups. In other words, Indian behaviour in multilateral negotiations is rational, just like any other country.

Implicitly, the book suggests that all too often the real obstruction in international negotiations is not an intransigent India but a discriminatory international regime upheld by the US and its Western partners. Dismissing the myth of American leadership propping up the ‘liberal international order’, Nachiappan points out that the US ‘acts as any other state—aware of its core interests, insistent and firm in pursuing them and not bound by larger global public good concerns when their interests are affected’. This is demonstrated in the book as the West forces developing countries to eschew their health policies to boost its tobacco exports; creates discriminatory rules for nuclear weapons testing; or suggests an equivalence between industrial pollution of the developed world and agricultural emissions of poor countries to argue that developing and developed countries are equally responsible for climate change.

Thinking through the book’s case studies one can’t help but conclude that one of the central tensions in getting the entire world to cooperate is the question of fairness. Is it fair to hold all nations to the same standard, despite vast differences in their development, politics, military power etc? Or is it more fair-minded to offer special concessions to a select deserving group because of economic or political factors? Depending on its interest, a country can be found on either side of the argument on different issues. For instance, in climate change negotiations, developing nations have often argued for differentiated responsibility given the much larger carbon footprint of industrial nations. On the other hand, when it comes to nuclear arms control, it is the powerful P5 nations who claim exceptionalism, arguing for different rules for them and for the rest of the world. Yet, it is often developing countries like India, which get labelled as ‘intransigent’.

Developed from his doctoral thesis, this book is well-researched and highly structured, making it an informative and easy read. It is a useful resource to think about India’s negotiating style and about the way developing countries negotiate in the current world order. Moreover, with its strong archival research, the book is valuable for anyone interested in learning about multilateral negotiations. One of the more interesting ideas in the book is of India as a ‘premature power’, always finding it difficult to balance between taking on greater responsibilities in the international order and its own developmental needs. It is a challenge that many developed nations like Germany or South Korea do not face. This book does not explore the idea in detail but perhaps Nachiappan could do so in his next one.