A political thriller that drives you to death by drinking. But desperately dull writing demands desperately dire counter measures 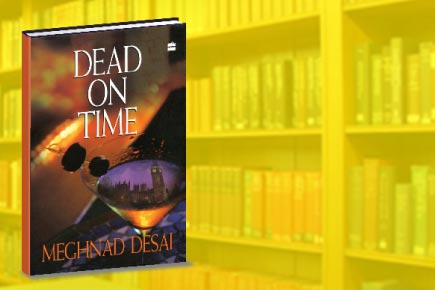 A political thriller that drives you to death by drinking. But desperately dull writing demands dire counter measures


A political thriller that drives you to death by drinking. But desperately dull writing demands dire counter measures

The large gathering to a man braved out the reading and, at the end of it, asked comfortable questions. Later in the evening, they made for the bar with teary eyes and resolute steps, and quickly got drunk on soulless wine and tap water-whisky. A few more weeks of recession and the British Council will start serving varnish spiked with dead duracells.

You couldn’t blame the crowd for its grim and determined forays to the bar. This bar must be the most mobbed inanimate object in the world. A few stricken souls, your correspondent carefully noted, were actually clutching at it. Desai’s words have that effect. Your correspondent certainly consumed an inordinate quantity of alcohol to his steep detriment, but failed nevertheless to drown out his consciousness, which malingered like aches of unrequited love. It gradually became clear to him that no amount alcohol, even if it is free, will ever wipe out from memory the utter dullness that Desai doggedly packs into his novel, page after page. Not to mention the myriad inconsequential complications that befall his characters who seem to multiply and procreate at will.

The story revolves around two—at last sober count—plots to kill the British PM, a cynical politician and a formidable fornicator. The scene is Glasgow, where two arch rival teams are playing football, which for the English lower middle class is war by other means.

An old friend turned foe, Roger, is out to kill Harry White by poisoning him. Long ago, White had seduced Roger’s girlfriend, who later committed suicide. Roger has been plotting White’s death for long, and finally executes it by means of a poisoned olive. A vegetarian killer, evidently.

A bunch of political goons believe that White is selling out to Irish rebels; and their chosen means of destruction is a bomb strategically placed in White’s car, which he at the last moment ends up not using, as a helicopter is made available at the doorstep.

The pilot, in keeping with Scottish tradition, is drunk, though he thinks he is not, which is also a Scottish tradition. Sorry to snitch, but he crashes the machine into the hills, with the already poisoned PM—who, nothing daunted, is hard at work on a willing woman in the back seat, his dick defiant as it were to his last breath—on board.

Your correspondent supposes that Lord Desai is just making doubly sure that his hero stays dead. Some politicians do take a lot of killing. Ah, but if only Desai finished off Harry White in the very first chapter! If that indeed were the case, Dead on Time may never have seen the light of day, and your correspondent would not be still nursing a hangover.

But the damage is done. The novel is out, all 238 pages of it. And the best way of going at it is the Chuck Norris way. Good old Chuck apparently never reads a book; he only stares till he extracts information from it. So, if you are already in possession of Desai’s political killer, get ready to stare. Or better still, hire Chuck. Who knows, perhaps you could even persuade him to administer a couple of preventive upper cuts to Desai’s unsuspecting chin.