Review – The Pleasures and Sorrows of Work 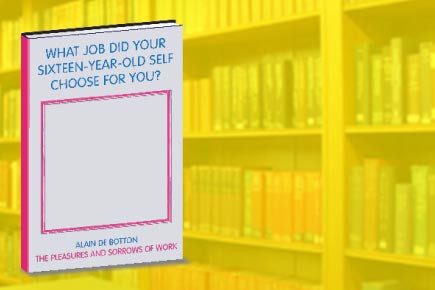 De Botton, a philosopher, pirouettes effortlessly from the mundane to the profound


I have never met Alain de Botton but I imagine him to be an impossibly slim man, with the elegance of a cat. If we met at a party, I suspect he’d have me chortling over my drink with his witticisms. But I haven’t, so we have to return to a dry review.

De Botton is a philosopher and a nifty one at that. He pirouettes effortlessly from the mundane to the profound, from a biscuit to the scholarly treatises of Vilfredo Pareto, with the surefootedness of a tap dancer. Over his past few books, he has instructed us on how to travel better, build happily, read Proust, all with the expert counsel of philosophers from Socrates to Hegel to Proust. And then, there are de Botton’s own disarmingly simple observations.

But in this latest book, his exploration of work, there is an awkward heavy-footedness. He chooses to look at work through ten industries. An esoteric ten, including rocket science, a mischievous choice, alluding to that tireless cliché of the modern-day workplace: “It’s not rocket science.”

But he starts off on the wrong foot, abruptly at a shipyard near the Thames. You don’t really know what he’s getting at. He tells you only at the end of the chapter that this is how he chooses to begin his voyage, leaving you wishing he’d given a prelude.

There’s no doubting his research. It’s clear he’s spent time studying every one of the ten. Some of it is delightful. Like the fact that various thicknesses of power cables are named after flowers. So, there’s poppy, laurel, hyacinth, cowslip and bluebonnet. But often, the depth of detail he goes into seems tedious and pointless, as in the chapter on rocket science.

And for a book which is intended to be anchored in images, the photographs are very disappointing. At least in the Hamish Hamilton edition available here. But there are consolations. Flashes of the vintage de Botton, by turns funny, moving and thought-provoking.

Flashes there are, yes. But ultimately, there’s little you take away. Little that’ll make you smile to yourself at the end of a particularly frustrating day at your work station.