Pataudi, through Many Eyes 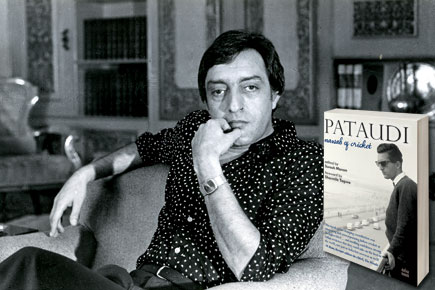 
In 1999, writer Stephen King was taking a walk when he was struck by a minivan. The accident debilitated King. He and his lawyers later purchased the vehicle, a 1985 Dodge Caravan, and King said, perhaps half-jokingly, that he personally wanted to destroy it with a hammer. Mansur Ali Khan Pataudi might have wanted to wreak similar violence on the car that changed his life on 1 July 1961. King suffered greater damage than Pataudi, but in some ways Pataudi’s misfortune was worse. King was 52 when he had the accident. And at least he still had his mind and his hands. Pataudi was 20 at the time of his crash. His India career hadn’t even started. And he lost almost all vision in his right eye, a shattering blow for a cricketer. It must have taken extraordinary effort for him to still pursue a strong career at the game’s highest level and, above all, to keep a lid on the roil and torment that must have raged inside him from time to time.

But the trauma also served to underline Pataudi’s abilities and determination. If a player could do this much with a major handicap, how good would he have been with all faculties firing? This blend of pure cricketing ability and tenacity of will, together with his other qualities and contributions, assures him a place in the Indian sporting canon.

Pataudi passed away in 2011. Now, over a year later, comes a book that will help us remember him in an accurate manner. Pataudi: Nawab of Cricket is a compilation of pieces on the man by family members, cricketers both Indian and of other nationalities, colleagues in media and a man who wanted to face bowlers, not cameras (Naseeruddin Shah). The book has been edited by senior cricket writer Suresh Menon, who idolised Pataudi in his boyhood and then got to know him well enough to call him ‘Tiger’.

“Often, role models have feet of clay when you get to know them. But Pataudi was a very fine gentleman,” Menon says when asked if there was a difference in the Pataudi of his scrapbooks and the Tiger he came to know. Of course, it was not a big deal to be able to call him Tiger. “Everyone called him ‘Tiger’, except his children.”

The strength of the book is its thoughtfully selected list of contributors. It comprises people who are not just well-known, but have been associated with Pataudi in varying capacities. The result is, you get a 360° view of the Pataudi personality. The book also possesses a nice bunch of photographs. One in particular stands out because it gives an idea of his natural athleticism. It shows him playing cycle polo. His left hand is on the handle of the bike, which banks slightly to the right. His right hand wields the mallet and reaches for the ball.

When a subject of a tribute is Indian, it helps to see what his foreign counterparts have to say. As outsiders, they usually don’t have to worry about offending someone, nor is their view coloured by the hagiography that surrounds heroes of Indian pop culture. The ultimate tribute to Pataudi is that even hardnosed rivals like Ian Chappell validate his ability and mental strength. Chappell was on the fielding side when Pataudi played two famous knocks—75 and 85 in Melbourne against a pace attack featuring Graham McKenzie. Pataudi’s vision was impaired as it is. In addition, he had an injury and he batted almost on one leg. A runner wasn’t allowed owing to some rule. As usual, he played with many bats. This was not as part of some strategy. It’s just that he did not fuss over equipment and often walked out with a bat that was ‘nearest the door’. Closing the recounting of the Melbourne innings, Chappell writes, ‘I know his opponents respected him greatly for not only having the ability to accomplish this [playing with one eye] but also the courage to even attempt it.’

The picture that emerges from the book is of a man who liked to be around cricket and friends, irrespective of their background. As captain, only performance mattered to him (though according to a person knowledgeable about Indian cricket, there were a few instances when he ignored a player for personal reasons). A guess could be hazarded, therefore, that this temperament enabled him to make an important contribution to Indian cricket—break regional barriers in the dressing room, encourage team spirit and belief, not politics. He also underplayed his royal lineage. This does not mean that he did not enjoy privilege. Abbas Ali Baig, Pataudi’s contemporary (he was part of the group that was with Pataudi when he met with the accident) ,writes that the young prince’s interest in studies at Oxford was ‘minimal’. Knowing this, someone asked him what he planned to do in future. Pataudi said that he was a nawab and he didn’t have to do anything.

Baig writes, ‘…and I think that for a major part of his life he actually believed in this dictum: a Nawab should sit back, and things would get done for him.’ One of the chapters is an excerpt from a speech Mike Brearley gave on Pataudi at Lord’s last June. Brearley said, “There was, [Pataudi] also said, ‘nothing of the Nawab about him’. I imagine that to be not quite true.” Brearley follows that with a line that captures the essence of Pataudi’s nature. “…but what was true was that there was a lot of the ordinary man about him as well as the Nawab.”

Menon says biographical works should bring a man to life. This book, by and large, meets the requirement. Above all, every chapter adds to our understanding of Pataudi. And it does so in a lucid style. There is none of the heavy prose that is sometimes misunderstood as elevated cricket writing. It is a style which Pataudi, unfussy even about his bat, would have approved.