On the Ashoka Trail

Nayanjot Lahiri travels through Asia to explore the different images of the Mauryan emperor. The author in conversation with Open 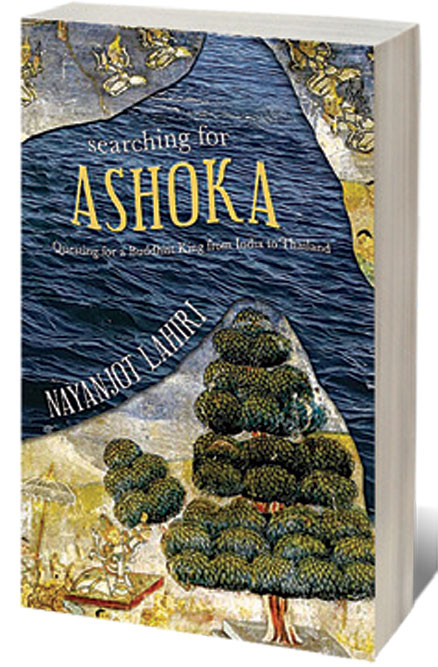 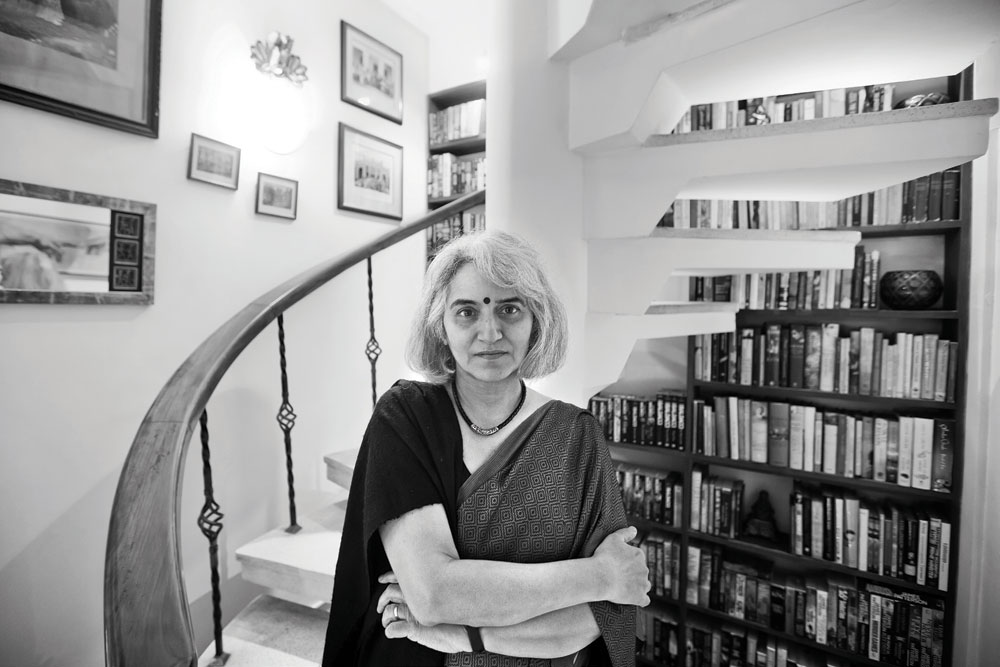 
ASHOKA WAS AN emperor quite unlike any other. For an ancient ruler, he was the antithesis of a conqueror. He admitted as sin what even modern rulers often boast of as a victor’s right: show no mercy in a war. We see the mighty West’s lack of contrition on the gun-swept streets and the ruins of Bagh­dad, Damascus and Kabul. If you expose empires the way Julian Assange did, they strike back with extreme bias. Will nuclear-armed democracies in wars ever repent their excesses? We all know the answer. Some coun­tries still refuse to acknowledge their World War crimes, con­nivance with malefactors, and persecution of civilians based on ethnicities and nationali­ties. Which is why Ashoka’s remorse is the right message bottled and dispatched from another time. Will his change of heart from being an archetypal warmonger to a messenger of peace inspire powerful nations of today or tomorrow? We do not know yet, but therein lies his signifi­cance as a metaphor for conversion from violence to non-violence.

What we do know is that the carnage at Kalinga in 261 BCE drastically altered Ashoka and as a result influenced vast areas of what is now the Indian sub­continent and beyond. In hindsight, by displaying guilt he acquired a hero’s status from being considered a ruth­less king. His tireless efforts to spread Buddhism—within eight years of his coronation as the head of the Mauryan dynasty—and construct stupas and erect inscriptions helped his name endure through the ages. It comes as no surprise that such a reformed ruler was a great attraction for Jawaharlal Nehru, a modern man, moderniser and a liberal. Any current effort by a section of historians to demonise Ashoka even after he became a pacifist following Kalinga therefore needs to be seen in the contemporary political context.

As a historian and archaeologist, Nayanjot Lahiri, too, is obsessed with Ashoka. Her books on him are enough proof of that spell. She is arguably the best historian on Ashoka and the way she narrates his story is as compelling as it is relevant. Interestingly, when she shifted from Delhi University to Ashoka University a few years ago, it seemed symbolic that the biographer of an emperor—who once ruled a kingdom headquartered in modern Bihar—took up the position of a professor of history in an educational institution named after him.

For those familiar with Lahiri’s previous work on Ashoka, including her book, Ashoka in Ancient India (2015), her latest book Searching for Ashoka: Questing for a Buddhist King from India to Thailand (Permanent Black; 260 pages; `895) offers new insights about the influence of the ancient emperor, of the multiple Asho­kas across geographies and new myths created around him to falsely construct a past linked to him. And yet, Ashoka’s commitment to non-violence stands unshaken. For those reading Lahiri for the first time on Ashoka, the new book offers a standalone treat of her academic practice, as well as how Ashoka is re­membered by people in India, Sri Lanka, Myanmar, Thailand and elsewhere.

Searching for Ashoka is part of Lahiri’s pursuit, as she explains in the Introduc­tion, “For nearly a millennium and a half … old legends had grown and new ones had been invented around Ashoka. And they had crept, filtered through, and made their way to distant lands—not just north to Tibet and China, but also east across an ocean. In their wake, six hundred or so years later (after the cari­caturing and reinvention of Ashoka in Thailand), here (Nakhon Si Thammarat in Thailand, home to a Thai variant of Ashoka) I was on their tail, chasing tales.”


“When new myths are created from old ones they have very little to do with historical emperors and thinkers and have a great deal to do with creating cultural identities,” says Nayanjot Lahiri, author

Lahiri is not shocked at this rein­vention. As a historian, she has seen it happen to the ancient Macedonian king Alexander who reappears in medieval Persian texts as a Persian king. There is also the example of Sultan Saladin—who fought against the Crusaders—being later reinvented as a Christian knight. “Human memory is notoriously selective,” she states and elaborates using texts in psychology and lessons from history.

Asked why countries like Thailand had to invent a culture around Ashoka, Lahiri tells Open, “Thailand has a long archaeological history that has little to do with India, to begin with. Its mate­rial connections with South Asia, when they become evident, appear many centuries prior to the presence of either a Buddhist or Ashokan connection. Even later then what is present, you also have the creation over time of Hindu sacred spaces and images. In my book, I draw attention to the fact that while Thai kings in medieval times made Ashoka visible, they did so for their own reasons. In the case of Nakhon Si Thammarat, the local chronicles aim to present themselves as antique and since they are Buddhist, it is the larger geography of the Buddha and his relics as also Ashoka that is strongly imagined.”

She adds, “This impulse is present across nation states even now. Why, for instance, have statesmen in contempo­rary India invoked ancient phenomena and persona? This is how new myths are created from old ones and they have very little to do with historical emperors and thinkers and a great deal to do with creating kinds of cultural identities.”

This is a book in which Lahiri, in her own words, tries to “show how skilfully and selectively Ashoka was portrayed in later centuries,” after his death. About the Thai invention of a piece of history, she notes that Ashoka may well have been annoyed by the “Thai story in which he appears as a supplicant of a medieval ruler in South East Asia.” And then she adds, “But given his own ability to recast the past, and given his powers of self-reflection, I doubt that he would have been surprised by the Thai attempt—and now my attempt—to tell a new story about him.”

Lahiri, who is known for her highly nuanced, yet eminently readable works on ancient history, has received acco­lades and awards for her work. Ashoka in Ancient India won the John F. Richards prize in 2016. She is also the recipient of the Infosys Prize for her work in archaeology. Her earlier books include The Archaeology of Indian Trade Routes (1992), Finding Forgotten Cities (2005) and Archaeology and the Public Purpose: Writings on and by MN Deshpande (2021). Archaeology and the Public Purpose draws a lot from the family archives of the Deshpande clan, and besides being a stellar academic work on the iconic head of the Archaeological Survey of India (ASI), it was also an appeal to bring back the expert at ASI in place of “file-pushing director generals”.

LAHIRI HAS ALSO edited and co-edited other books. In 2018, she came out with what she called a “light-hearted” book, Time Pieces: A Whistle-Stop Tour of Ancient India. She peppered the 10 chapters of the book with anecdotes from politics and literature, world history and music, which are subjects right up her alley.

In this book, she covers several loca­tions in search of Ashoka, including Sanchi (Madhya Pradesh), Kanagana­halli (Karnataka), Junagadh (Gujarat), Barabar (Bihar), besides sites in Sri Lanka, Myanmar and Thailand.

While her first book on Ashoka was on his life and time, she also had a clear glimpse, while researching that work, of how memo­ries of him had shaped over time. This helped enormously in the making of this book. She explains, “I then decided to combine this aspect (how memories evolved) with the fun and feel of his forms in Thailand, Myanmar and Sri Lanka.”

“Ashoka, too, like Ram (and Gandhi himself), had qualities worthy of emulation but also a dark side,” says Nayanjot Lahiri

Meticulously chaptered, Lahiri starts the book with her travels to Thailand and then looks back at her journeys and discoveries elsewhere mentioned in the book. What appears to be the gist of the book, for those who try to understand Lahiri’s fondness for Ashoka as a his­torical figure, is in the last chapter titled, ‘Fabricating Remembrance’: “If you look, as I have tried to do in this book, at how a variety of rulers and institutions har­nessed Ashoka and reconstructed his im­age in relation to their own political and religious aspirations, an ancient artificer, a medieval chronicler, and a modern prime minister appear in the same mould.”

I ask her after reading the book about why Mahatma Gandhi never talked of an Ashoka Rajya and instead talked about Ram Rajya. The logic is that after all, it is Ashoka who expressed his guilt, respected women’s rights and apparently upheld virtues of life much more than Ram did. She says, “There can be many reasons. For one, Gandhi had an intimate familiarity with the Ramayana in a way that he evidently did not with the messages of Ashoka. It was part of his upbringing. The family deity of the Gandhis was Ram, and his mother was a Vaishnavite. It was a text to which he was deeply attached. He read it during his jail sojourns in India, along with the Gita, Koran, and many others. Gandhi’s attachment to the epic was such that he asked others to read it—his own son, Harilal, was asked by his father to ‘make it a regular practice to read Tulsidas’s Ramayana’ (I base this on Ramachandra Guha’s Gandhi Before India). For another, the conquest of evil characters by the good guys that is central to the Rama Katha may have appealed to Gandhi who was fighting the British. Having said that, though, the analogy should not be pushed too far because it was war and violence, which defeated the enemy in the Ramayana whereas in the case of Gandhi, the path that he chose for fighting the British was that of non-violent resistance.”

Lahiri adds, “Ashoka, too, like Ram (and Gandhi himself), had qualities worthy of emulation but also a dark side. That was one that Ashoka himself inadvertently revealed—in the way Kalinga, for instance, is described where he sees himself as the perpetra­tor of colossal carnage. The way Gandhi crafted his philosophy, as also his action plan, reveals an originality, one that is not especially beholden to either Ram or any ancient figure.”

Lahiri’s Searching for Ashoka is a constant reminder to readers about how public perceptions are formed from memories, often deliberately distorted and appropriated, in different times and places. This work also must be seen as an acclaimed and shrewd historian’s warn­ing about the way public opinions about personalities are going to be shaped in this age when the dissemination of information and disinformation takes place at a much faster pace than ever before in the past.