The book is a collection of his speeches and, unlike his colleague Nilekani (who wrote Imagining India), does not work on a roadmap for India 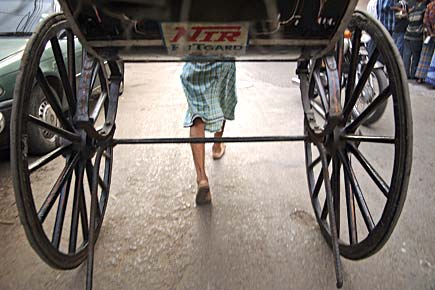 
For a country where pontifications are the norm, a book by Narayana Murthy— or Nandan Nilekani, for that matter—should evince special interest. For they are doers, a rare breed in India. We might all benefit from stories of their past and their blueprints of the future.

Murthy’s book, though, is a collection of his speeches and, unlike his colleague Nilekani (who wrote Imagining India), does not work on a roadmap for India. So, that searing passion that good writers bring to their books is absent.

There is a growing market for ‘India’ books and this genre, first opened up by Gurcharan Das, is now a must in any big publisher’s list. On that shelf, Murthy’s book will be important. But as a larger India theory, I wonder if it holds anything that would dazzle the modern thinker or the breakthrough technologist. The Murthy lectures are preachy, and short on the maniacal brilliance that we look for in these times.

His lectures include several anecdotes—his abduction by the police in communist Bulgaria, which made him give up his fancy for the Left, crucial moments in Infosys history, and things like that. Murthy obviously loves to turn the searchlight on himself, believing, like other achievers, that in them are hidden the algorithms to unravel India’s big future story.

So what is the Murthy advisory? Mostly middle-class, capitalist posturings: politicians are bad, job quotas are bad, bring back meritocracy (what great thing has the Brahmanical meritocracy done?), manage things better, don’t redistribute wealth (meaning don’t waste money on rural employment subsidy, but by all means subsidise gas cylinders of the urban rich). All of these are liberally glued together with Sanskrit shlokas. Outside the salons of the prettily-placed middle class, these theories will not evince any interest.

Not that all of them are up in the air. Most were advised by earlier theorists, but then India’s problems cannot be solved by management texts. Nor by professors from the West who, Murthy suggests, should be invited to be among the faculty in Indian universities, at a plan which will cost Rs 250 crore.

There is a lot in Murthy to be admired, but the post-Infosys Murthy is running out of ideas. Infosys itself may be living in denial, considering that Obama has struck the first nail on the coffin of the outsourcing business. Infosys, as far as I know, has not developed cutting-edge technology (it had the potential and the money to branch out), which may be its downfall. Murthy stresses the importance of imagination. Infosys, for a long time, has not showed any.

A sacked Infosys employee (one of 2,200) has posted a comment on rediff.com that Murthy should first learn how to run his company before handing out advice on how India should be run. Would any Infosys employee have written this last year? See how fast the Infosys story is turning.

Binoo K John is the author of Entry from Backside Only: Hazaar Fundas of Indian-English