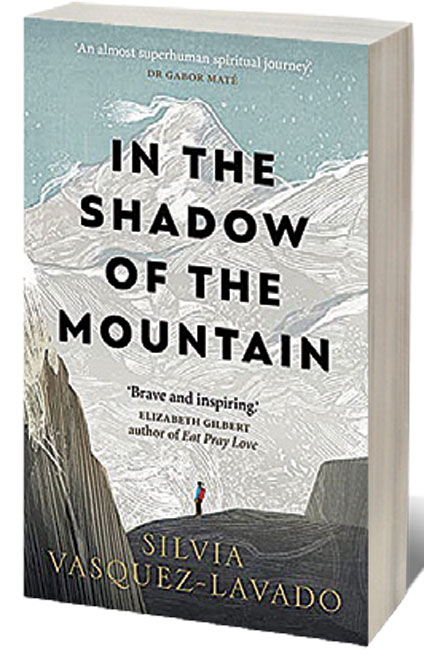 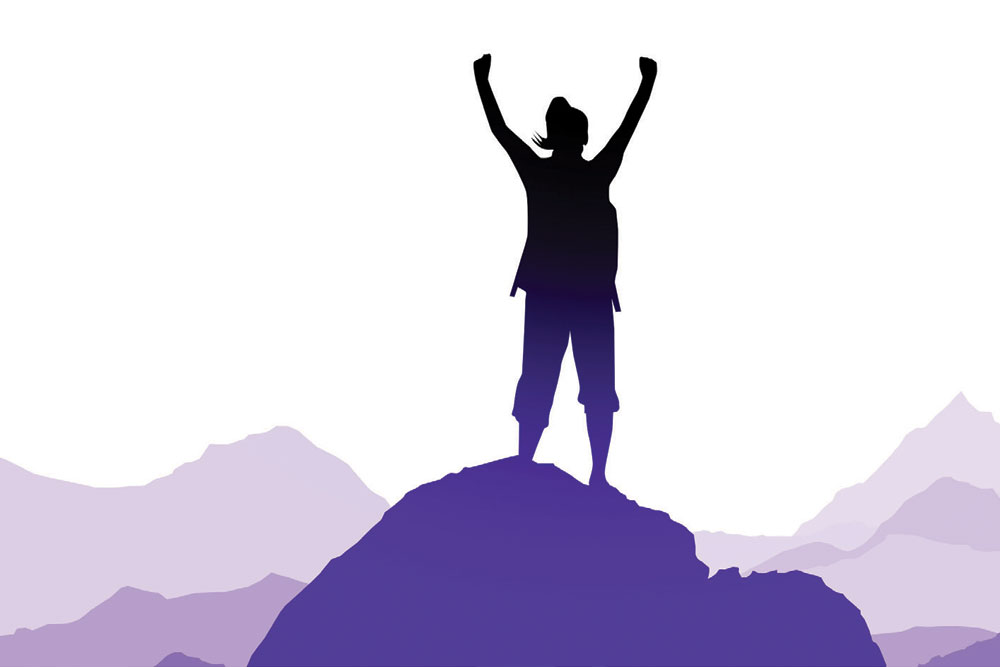 
MOST PEOPLE CLIMB mountains for adventure; a few do so for bragging rights. But for Silvia Vasquez-Lavado, it was a means of catharsis, an attempt to rediscover herself after a lifetime of grief and pain. Her memoir, In the Shadow of the Mountain, is an intimate personal account of her journey, which she narrates while training her eyes on the top of the world, Mount Everest.

Though she grew up with mountains in her backyard in Lima, Peru, Vasquez-Lavado never dreamt of climbing one. All that changed when her search for answers led her to one, quite by accident.

Vasquez-Lavado was sexually abused at the hands of a close associate, when she was a young girl. She was told it was their “little secret”. With age, the import of what had happened to her threw her into turmoil. Even through her higher education in the US, her mind could not let go of her pain. An immigrant’s life in a new country and the search for an identity didn’t help either. Before long she realised the “work hard, party harder” mantra had set her further on a downward spiral.

On the professional front, she continued climbing the corporate ladder, but her personal life was a wreck. Partners arrived and left; the love of her life killed herself. On another occasion, she realised she had been raped.

Then one day, she discovered the mountains in the most unexpected of ways. In the hope of putting her life in order, Vasquez-Lavado signed up for a traditional ayahuasca ceremony back home in Peru. With the psychoactive brew, she had visions of her childhood and a young Silvia guided her towards the towering peaks in the distance.

It all fell into place on the day she set off for Nepal. In Everest, also known as Chomolungma or the Mother of the World, she would find redemption.

On that first visit to Nepal in 2005, Vasquez-Lavado was held spellbound by the high mountains around her. While enduring the effort of climbing uphill, she also discovered her new self. The awareness made it easier for her to accept her past and present. And despite all that she had lost, she knew there was a lot to be gained in the time ahead.

She soon took on the Seven Summits challenge, which meant climbing the highest peaks on each continent, and after summiting five of them, she finally decided to attempt Everest. Besides her summit aspirations, she also decided to help other survivors like her. Through her non-profit organisation, Courageous Girls, she met American and Nepali girls, who joined her on a hike to Everest Base Camp. Sharing their previous lives not only brought them closer, but also eased the trauma that they’d buried within for years.

Once atop Everest, Vasquez-Lavado registered many firsts as a mountaineer—the first Peruvian to climb Everest and a few years later, the first openly gay woman to climb the Seven Summits.

But more importantly, it helped her heal after years of trying.

As Vasquez-Lavado pours her heart out, there’s not a moment to sit easy. The details from her childhood are often chilling, the self-inflicted pain as a young adult, despairing, until there’s joy and relief on realising that she has found closure. One almost feels like cheering her on as she trudges up the slopes of Everest.

This account is both a biography and a climbing journal. It captures a range of emotions that Vasquez-Lavado has had to deal with—confusion, shame, abandonment, denial, self-realisation, determination, resilience and most importantly, deliverance. With candour, she reveals the most guarded moments of her life, as she flits between her despondent past and the immediate challenges that she encounters on Everest. Climbing mountains has changed many lives. Vasquez-Lavado’s life is proof of that.