Love in the Time of Purdah

If you loved Persepolis and wept over Not Without My Daughter, this one’s for you. 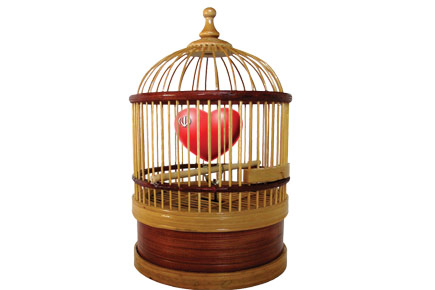 If you loved Persepolis and wept over Not Without My Daughter, this one’s for you.


Some books plunge us into another culture and show us how it functions by letting events unfold and allowing us to think and feel and judge based on our own little scheme of things. Others lead us in gingerly, providing a running commentary that justifies a misrepresented society, and protects us from our foolish tendency to misunderstand all we’re unfamiliar with. To us Indians, as a people subjugated for endless centuries, this approach amounts to pandering to a ruling race who graciously patronise us with their scholarship grants and Booker prizes. So to enjoy this enjoyable book, it’s necessary to first overcome an inherent disdain.

Mandanipour describes for us the love story he wants to write, his experiences with the censors, and the decisions he makes regarding plot and presentation knowing they will be striking out every word or sentence they consider a danger to public morality. (Intent on their weighty task, they seem unable to comprehend that instead of reading the word ‘breast’, a person intent on arousal can just go out into the street where there’re plenty of breasts.)

As we follow the author in this project, we learn about various great Iranian epics, a little about the history of the sadly oppressed Iranian people and the way the Iranian mindset tends to function. (If Shahnameh had been written in any other country but Iran, its fame and influence would today far surpass that of The Odyssey.)

Now and then such pleasure came from flight/ That the dove prevailed upon the hawk.

The verse, Mandanipour points out, is a work of genius in depicting a sex scene in which the woman is active—artistic self-censorship that officials of the Ministry of Culture and Islamic Guidance are unlikely to understand.

Irony and despair are peaking themes of this book, and associated not just with censorship but all bureaucracy. Those entrenched in powerful positions experience a flowering of their entrepreneurial talents and acquire riches beyond imagination. It’s illegal (and so, extremely dangerous) to be with someone of the opposite sex unless you are married or blood relatives—yet lovers find creative places to meet, such as the hospital emergency room. The author was forced to name his children with a Communist and a Jewish name respectively, though he’s never been either and had actually chosen beautiful old Iranian names which the officials misunderstood and rejected.

Most wry of all, a wise character affirms that censorship drives a writer to abstain from superficiality and instead delve the depths of love and relationships and achieve a level of creativity that uncensored writers cannot even dream of. Contemporary Iranian literature will thus rapidly gain fame throughout the world, get translated into different languages, produce bestsellers and, at last, surely win a Nobel Prize.