This World Cup, when the live action gets boring, turn to this slickly written tale of Sri Lankan politics told through the story of an elusive, fabled cricketer 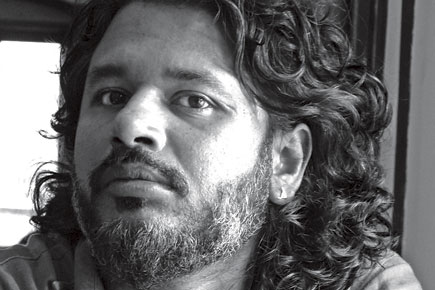 This World Cup, when the live action gets boring, turn to this slickly written tale of Sri Lankan politics told through the story of an elusive, fabled cricketer


Chinaman: The Legend of Pradeep Mathew is an ambitious book. On the surface, it is a story of a fictional Sri Lankan cricketer, Mathew. But it is equally a story of Sri Lankan politics and the Sinhalese-Tamil conflict and how these shape Sri Lankan cricket. It is also a story of a family. Karunatilaka, an advertising professional, narrates the tale in slick lines that one associates with ad copy more than cricket books from the Subcontinent. Subcontinental efforts on the subject tend to be straight-laced or overtly lyrical. Most writers know cricket, but do not break new ground in style. Karunatilaka achieves the feat of combining cricketing depth with cool brevity to create a stylish book.

“While the craft of copywriting and fiction writing sometimes overlap, the agendas are very different,” Karunatilaka says. “With one you have to write about things you believe in, with the other things you don’t. [But] What advertising does is force you to come up with loads of ideas in a short time, whether you’re in the mood or not. An invaluable skill for those who sit around, waiting for inspiration.”

The premise of the book is a grabber. Mathew is an anti-establishment genius who can bowl anything with either hand, including a ball that bounces and turns twice. He is a freak who gives Sri Lankan batsmen priceless practice at the nets before a match against England by simulating every English bowler. The other protagonist is WG Karunasena, a chain-smoking, arrack-dependent sportswriter. WG’s liver is shot. He has only a few months to live. Only a few months to fulfil a colossal, life-long itch. To meet Mathew, his idol, and write a book on him. But there is a problem. Mathew’s frank nature, wrong ethnicity (Tamil, in a nation dominated by the Sinhalese) and some malevolent elements in Sri Lankan cricket have caused him to vanish. No one knows where he is. Those who do, do not talk. Locating Mathew’s address is harder than spotting his chinaman.

What was Karunatilaka’s image of Sri Lankan cricket before this book? What is it now?

“Quite similar to my image of Sri Lanka, the country,” he says. “At times I’m in awe of it, at times disgusted. That hasn’t changed from before to after writing Chinaman.”

The book is a jerky ride in the beginning. Karunatilaka throws in diagrams and amateur photos. There are bullet points and subheads. You wonder if this is an academic text on cricket. Some of the cleverness and jumps in narrative, each marked with a subhead, make it difficult to get involved in the story in the beginning. But soon, interesting characters and the caliber of writing take over.

“There was a wealth of anecdotes and trivia and plot strands, and I wrote it quite haphazardly,” Karunatilaka says of the unusual structure. “Every morning WG would turn up at my writing desk and tell me some rambling anecdote that I’d just transcribe. Later I would have to sift through the pages and make sense of the mess.”

“I wanted the book to be accessible to readers who knew nothing about cricket or Sri Lanka. The bits of trivia serve as shorthand and add some texture, I hope. For me, the loose structure mirrors how a drunk would narrate a tale. Anyway, that’s my excuse.”

The world created in the book is male and with little to dislike. It has, among other things, cricketers and other men powerless against their libido, and either better off or worse because of it. There is Satha, “Notorious for turning up at games minutes before the first ball, attired in the previous night’s evening dress, smelling of alcohol and someone else’s wife.” There is Graham Snow, a great English cricketer but now facing a wrecked home thanks to his indiscretions. He says to WG and his friend Ari, “It’s easy for you chaps. No offence. But you don’t have women throwing themselves at you all around the world.”

WG and Ari do not have the women but enjoy the other ingredients of the Subcontinental male’s fantasy—cricket and drink. Their better halves too are patient, despite the odds. Save for periodic hysteria against the drinking habit of their husbands, they leave them free to nurse their cricketing pursuits and hangovers.

But if this was all the book was about, it would not have been so feted. At its core is a deep understanding of cricket and Sri Lanka.

“Did lots,” Karunatilaka says when asked about the labour he put into the book. But this was a unique labour, one with procrastination as its twin.

“It took me a while to figure that if I did a book on cricket and drunks, I could make my procrastination part of the research. So that’s what I did. Spent a year watching every Sri Lanka cricket match between 1982 and 1999. Read every book I could find that had anything to do with Sri Lanka or cricket.” And interviewed lots of old drunks.

So, “when it came time to put pen to paper, I had seven notebooks of ideas. Perhaps my mistake was trying to cram all of them into 400 pages.”
He consciously takes copious notes. His rules of writing are, “Read everything, scribble down everything, rewrite everything. Put in the hours. Have fun.”

The research is commendable more so because Karunatilaka is not a hardcore cricket fan. He says he became one because the book was about one. “But I haven’t watched the game since I finished the book. I’m more obsessed with Newcastle United’s fortunes in the Premier League.”

Karunatilaka has played junior cricket, however. “Under-13, Under-15 and a bit of Under-17,” he says. “I bowled (surprise, surprise) left-arm chinaman. In the 80s, every kid wanted to bowl like Marshall or Imran or Hadlee. I stood out because I bowled slow-flighted deliveries that turned both ways.”

Some of that experience helped him craft Pradeep Mathew. He says, “I was one of the first picked (players) at the start of the season. But my laziness negated what little talent I had. Many coaches believe that talent is a mirage. Those who think they have it, mistakenly use it as an excuse for not doing the work. It’s something I wanted to explore when writing about Pradeep.”

How autobiographical is the book, then? “Not very,” Karunatilaka says.

He adds to the overall mysterious allure of the book when he explains the reasons he uses diagrams and photos in the narrative.

“The diagrams, because there’s no way to discuss bowling delivery with words without sounding like a coaching manual. The photos, because one of them has a hidden clue, which, to date, no one has spotted.”