India’s Partition: Back to Midnight 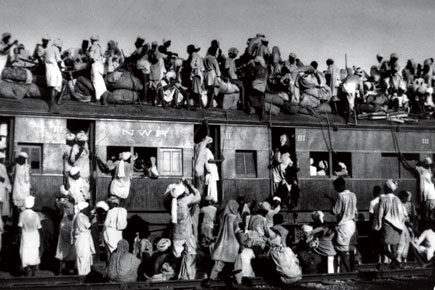 In the 19th and 20th centuries, partition of territories and movements of people have been ubiquitous in the making of nation-states. India and Pakistan too were born in 1947 against such a backdrop of mass movements of peoples accompanied by an unimaginable frenzy of killings. Writing on the Partition was once dominated by political narratives and the biographies of ‘great men’. More recently it has expanded to include more nuanced writing that was once the preserve of the literature which had served to capture the great calamity, indeed the very collapse of language because of its inability to deal with it (who can forget Manto’s Toba Tek Singh?). History is now catching up.

Nisid Hajari’s Midnight’s Furies belongs to the older tradition of understanding Independence and Partition through the lens of high politics and official documents. While its prologue makes conventional noises about ‘twinned births… engulfed by some of the worst sectarian massacres the modern world has ever seen’, ‘caravans of destitute refugees’, ambushed trains, riots and chaos, its author dismisses more recent histories (which he does not name) that have tried to capture ‘the human toll of Partition’ describing these stories as ‘granular and episodic, and often unreliable’, and opines that the killings are better described by novels and poems.

On most counts, Midnight’s Furies is a well-researched tale of the last years of colonial rule on the Subcontinent. It enters 1946 swiftly and we meet Nehru, Gandhi, Wavell and Jinnah in quick succession with brief summaries of their personalities and political perspectives. (Hajari attempts some wit in places: ‘Where Nehru could rival Hamlet for indecisiveness, Jinnah was implacably determined. His frigid demeanor was as legendary as Nehru’s charm.’) The author makes it clear that not only did Wavell, who he describes as a ‘realist’ with a ‘disconcerting aversion to conversation’, know that the British Raj was close to collapse but that freeing India was vital to Britain’s ‘global strategic position. The Red Army had begun menacing Turkey and northern Persia.’

While, for the most part, none of this is new, Hajari adds a wealth of detail on the role played by regional leaders, both Hindu and Muslim. This will be an eye-opener for students who have written innumerable assignments on ‘Who was responsible for the Partition of India?’ and take them beyond the usual suspects. And so we are introduced to the politics of HS Suhrawardy, Bengal’s ‘corpulent and ruthless chief minister’ whose ‘moral compass tended to fluctuate in line with his political interests’ as Calcutta’s goondas were joined by ordinary citizens in the unchecked bloodletting of 17-18 August 1946. Using the accounts of Delhi-based foreign journalists, the author gives us a terrifying insight into the bloodshed and ‘almost casual murderousness’. Here, he finds his title: ‘What exploded so suddenly in Calcutta in August 1946 were the pent-up fears of communities convinced that they faced imminent subjugation by the other. Riot no longer sufficed as a description.’ ‘It needs a word found in mediaeval history,’ Hajari describes The Statesman as writing, ‘a fury’.

It was civil war. Talk after talk collapsed. We read of the brave efforts of Khizar, the Punjab premier, to ban both the RSS and the Muslim League National Guards in his province, but the League’s provocations entered Lahore and the threatened Sikhs were exhorted by Tara Singh to revive their jathas, small fighting units that had once conquered this province. And this remains the arrangement through most of the book: the leaders and their efforts, the crowds and their madness.

Meanwhile the arrival of Mountbatten and his pivotal decision to ‘rush forward the date of the British departure by ten months to 15 August 1947’ hurls the Subcontinent into a deadly tension of political, administrative and social upheaval (the emotional and psychological is missing from Hajari’s narrative). The book does justice to the Sikh concerns and demands, both for a separate homeland and their final placements in India and Pakistan. And to the fact that these fell upon deaf ears; they joined their Hindu and Muslim ‘brothers’ in this terrible tragedy. As we hurtle towards Sir Cyril Radcliffe’s hellish task of drawing the actual line, we could well be in the midst of a deadly thriller; Hajari maintains a tension that would please a novelist. Kashmir, Junagadh, Hyderabad… the killings continue.

Hajari’s conclusion: ‘The story features no easy villains— and few heroes. The very men who led their peoples to independence. . . would play a central role in creating the rift between their nations. And it must be said, they did so for the worst reasons: inexperience and ineptness, vanity, intellectual arrogance, unspoken prejudice, and plain, petty dislike of one another.’ The author makes a plea to transcend this history, because its legacy of wars between India and Pakistan, the stalemate in Kashmir and its accompanying ‘cross-border insurgency’, and the wasteful and ever-threatening nuclear rivalry on the Subcontinent have deprived their people of both peace and commerce.

What remains a mystery is why this argument—alluded to in the subtitle—finds no mention in the main text, and is suddenly thrown at us only in the epilogue as a rushed description of India and Pakistan’s continued face-offs in the Cold War era, the rise of the Taliban, the nuclear capabilities of the two countries, and a shrill media in which the space for ‘moderate voices’ is shrinking. For, in the prologue, we had been promised that the book would answer a ‘different question… how the experience of Partition carved out such a wide gulf between India and Pakistan.’ It does not. Still, the book remains a useful corrective for those whose understandings of the Partition are limited to hagiography and the blame game that vitiates relations between the two countries. It will destroy their certainties about their pasts which are often founded upon ignorance. And this is the sobering task of good history.

Urvashi Butalia’s earlier work, The Other Side of Silence: Voices from the Partition of India, is already iconic. Her latest offering, Partition: The Long Shadow, is a collection of essays that breaks fresh ground: exploring memory, its meaning and its representation. With the passing of time, those who lived through 1947 might find the ‘power and poignancy of the direct story. . . muted’. But Butalia asserts that the ways in which they remember and pass down their lived experiences also changes. This has a direct bearing on how we, who did not live in those times, in turn, will experience that reality. She explains that this exploration of memory is not finite. ‘The more you search, the more there is that opens up.’ While earlier narrations dealt with untold stories of Hindu, Muslim and Sikh victims and survivors, the second generation of writers whose essays make up this volume study the ‘peripheries’ (Sindh, Ladakh, Kashmir, Assam), investigating art and literature (including the graphic story and line drawings), ‘the experience of resettlement’, and the ‘notions of home, belonging, territoriality’. And time and again, it poses the question: how do we move forward and not only carry this history with us, but also transcend it? Is this even possible?’ Butalia leaves it to her contributors to explore these questions, to which there are no simple answers.

Siddiq Wahid, a Ladakhi Muslim, reveals the little known impact of Partition and China’s annexation of Tibet on its people. Torn from the source of their culture, the experience of Ladakh is that of a ‘borderland’ affected over a longer period of time in whose ‘peripheral populations, the changes were insidious, unaddressed and with hidden, long-term social consequences’. Jhuma Sen’s forgotten history of the Marichjhapi Massacre (in which ‘lower-caste untouchables’, refugees from East Bengal found themselves victims of a vacillating Left Front government in West Bengal as late as 1949 when they tried to settle in the Sundarbans, while their more privileged counterparts found it easier to integrate) reminds us that ‘refugees are not an undifferentiated mass, and class and caste stratify them influencing not only modes of migration, but also processes of subsequent resettlement after, and the rights and facilities that receiving states provide.’ Rita Kothari’s essay, ‘From Conclusions to Beginnings’, traces the Sindhi identity in India. A people whose land was not partitioned but became part of Pakistan, Sindhi refugees in India had varied experiences, determined by wealth, but interestingly tinged with nostalgia for the Sindhi Muslims that they had left behind. Meanwhile, the Banni pastoralists who had moved seamlessly across what is now a border with Pakistan did not lose their homes but their freedom of movement. They talk not of separation or exodus but of times before: jadain Sinh chhuthuyi—when Sindh was free. This stretches our understanding of what Partition violence means.

Sanjib Baruah’s essay reveals how Partition continues as citizenship politics in Assam even today, as post-Partition refugees and illegal immigrants continue to negotiate the tricky ambiguities of who is a foreigner. Andrew Whitehead traces the important but little understood presence of communists in Kashmir who worked within the mainstream, without forming a separate political party; who organised a popular armed force to repulse the pro-Pakistani irregular troops, and involved women and the working classes. Exploration of inter-generational trauma and memory, visual representation of the events and its long- term consequences, dialogue across borders, the need for psychiatric and counselling services for survivors and even an unexpected and highly nuanced discussion on violence and non-violence as articulated by Gandhi, take us on a journey beyond ‘lament and nostalgia’.

While Hajari thinks ‘It is well past time that the heirs to Nehru and Jinnah put 1947’s furies to rest’, Butalia hopes to rid us of ‘silence’ and renew our conversation on Partition, one that forms the ‘basis for long practices such as identity, work, memory and inspiration, and the very bases on which different societies are organised’.

(Anjuli Kaul has taught history for three decades and is co-director of The Learning Centre, Goa)