If You Can’t Flush the Slush

A list of seven book titles that the author wants published 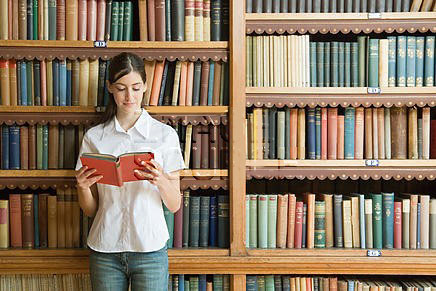 A list of seven book titles that the author wants published

Here is a list of books I have completed in the last six months. Please let me know which one or how many or maybe all of the titles you would like to publish.

Ravi and Ananya are your average couple. He is a doctor and she is a housewife. But they are haunted by a secret: they are unbearable to each other, in addition to being unbearable to everyone else. So they file for divorce. But then they reconcile. This happens five further times—resulting in a novel that will break your heart with its maddening tenderness, its hypnotic repetition, and its horrible insights into married life. It is written in so simple a style that even people who cannot read or hear or see or sign or talk can understand this debut delight. A sure stocking filler for every shaadi.

Tring, Tring, I Called You but You Didn’t Pick up… and Now You’re DEAD

Sanjay is a call centre worker who falls in love with an American woman on account of her… voice, which is sweet and mid-western, exactly the sort that would belong to the kind of girl in college whom the boys called ‘loose’ or ‘super easy’ or ‘slut’. But fate separates them somehow or the other. He continues to wait for six years after her initial call to resolve a purchase of faulty pantyhose from Macy’s. Then they are reunited on a flight—he can recognise Ellen’s voice anywhere— but then the flight crashes and he survives but she dies and so the book ends. It’s like Love Story meets 9/11.

One Hooker. One nation. The Remarkable Story of how One Intrepid Whore Gave 9,797,327 men Syphilis. Basically, this is an emotional revenge drama story where one woman— Svetlana—has casual sex with everyone she meets after her boyfriend dumps her after six years of a completely monogamous and slightly religious affair. What begins as a weekend fling to work out her monumental frustrations soon turns into an epic binge sex drive that leaves the nation in hives. Alarming, witty and also heartwarming, Svetlana’s story will stay with you forever or a long time or for a few days at least.

I decided to write a memoir of how I survived my marriage of 17 years, three months and 52 days. I did not realise I was into bondage until the morning I tied my wife to the bedposts, then I left for work, and that same evening I went on a long vacation. When I returned my wife was a lot—a whole lot—thinner, and oddly excitable to see me. This is a tear-jerking and moving and poignant and dazzling and glorious and inspiring account of her struggle to leave our marital bed and also my story of how I came to love a woman I had grown to despise and how we learned to buy bedpans on ebay.co.in.

You Were My Crush! Till You Said You Loved My Mother…

When Aditi brings Rahul home to meet her mother little does she know that her boyfriend will jump into bed with the woman who had birthed her. A bold and complex story of love on first sight, this daring book will be a surefire hit with all the young men who type ‘MILF’ every time they see the Google search bar. In the last section of the book Aditi is reconciled to her mother’s marriage with Rahul and she even arranges their wedding after which she kills herself as a final sacrifice to Humanity. A touching story of a daughter’s Gift to her Mata-ji, it will appeal to the millions of readers of Fifty Shades of Grey. Perfect present for Mother’s Day.

I Will Love U for Seven Lifetimes, but then I Will Call a Cab

Raveena and Bobby are college sweethearts. They are also each other’s soul mates—not just in this lifetime but also from lifetimes before. But Bobby is restless and hungry for an affair now that Raveena is sick with a rare kind of cancer and also extremely fat. As Raveena lies writhing on her deathbed Bobby decides to have past life regression where he discovers that although he and Raveena are soul mates their time together is now officially up. It’s over! So he calls an escort service and conducts a rip roaring and bold and unabashed affair with Maya, a dusky seductress with a very large collection of butt plugs. A story about true love and when true love must end and about boundary issues, this uplifting novel is aptly priced at only rupees 70 (seven zero) as I don’t quite have an ending for it.

Shobha is a traditional and simple girl who does all the right things. She aces her commerce exams. She doesn’t date boys. She closes the windows before she goes to sleep. Then she falls in love with Dev, the neighbourhood Romeo. They court, they marry, they have six children. All is well until the seventh decade of their marriage—when Dev decides to perform oral sex on his beloved wife. At first the highly conservative— and highly old—Shobha is scandalised and suffers a seizure. Somehow she makes a recovery and because of her true love for Dev she overcomes her fears and finds renewal in fellatio. A beautiful and noble tale about senior sex, the sacrifices we make in the name of LOVE, and how much better it would be if we all died quite young. As Long As You Love Me I Will Let You Eat Me will also appeal to readers of diet books looking to up their protein intake.