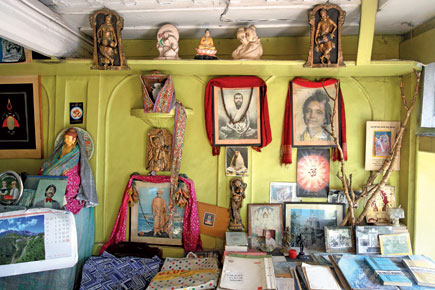 ‘Every man’s memory is his private literature’
—Aldous Huxley

‘We must not let our memories fade away… We must pass on our stories of sufferings, stories of our parents, stories of our grandparents; we must make it a point to not let them die with the passage of time… these stories must survive and live, our children must carry this longing forward and imbibe this longing, inherit this longing, the longing of going back to our permanent home.’

Kashmiri Pandit Sushant Dhar’s words in A Long Dream of Home, an anthology of memoirs edited by Siddhartha Gigoo and Varad Sharma, could easily replace or be replaced by the words of a Palestinian. Or a Syrian. Or the people forced to leave their homes in the wake of violence and war.

Sushant Dhar who left his homeland because of militancy and political turmoil is currently writing his personal memoir. Of the 30 contributors, many, like Neeru Kaul, Minakshi Watts, Badri Raina, Rattan Lal Shant, Pran Kishore, Arvind Gigoo, Kundan Lal Chowdhury and the editors themselves, have something in common other than their exile: they are all writers and who reference what happened in Kashmir in the 1990s. Even the humblest of biographical entries reads ‘…is an occasional writer.’

For generations, Kashmiri Pandits have been engaging with the world and themselves as teachers and writers. Although the editors preface the collection by stating that the community’s ‘predicaments, ordeals and valid demands have… been forgotten by the nation’, there have been earlier books by the contributors themselves and Our Moon Has Blood Clots by Rahul Pandita in 2013. And blogs about loss, prejudice, even hate. There has not been a silence, but, yes, the nation does not care. Just as it doesn’t about all the bloodletting that has been part of its fabric from Bengal to Godhra. For India and Pakistan, for the United States, the Soviet Union (now Russia) and China, Kashmir is a pawn in the game of international diplomacy and balance of power and trade.

This is the perspective the book lacks. There is no historical context to the exodus and the exile. The role of the Dogras, the Abdullahs, Indira Gandhi, Bakshi Ghulam Mohammad and the RSS barely appear in the accounts. Nor does Sampat Prakash, the swashbuckling Kashmiri Pandit communist, and the trade union movement that worked across the entire region (not just the Kashmir valley) to create a secular democratic identity. Nor the desire for azadi, an earlier dream for many Kashmiris, that was shattered by the Indian Army and Pakistani infiltration. Without this context, Kashmiri Muslims, whose own Kashmiri identities have been distorted by Subcontinental politics, appear in most of these pages as villainous murderers and usurpers of properties. This is indefensible in a growing climate of Islamophobia.

After heartbreaking accounts written in simple, sometimes disjointed and inelegant prose of sudden violence, hurried escapes, terrible conditions in refugee camps, and the exile with its longings for the past, we read Why I Established Radio Sharda by Ramesh Hangloo, an account of setting up a community radio station in Jammu. With the slogan ‘Buziv ta khosh ruziv’ (listen and be happy), it aired Kashmiri music, interviews, discussions on social issues, health and literary programmes. Ankur Datta’s On Uncertain Ground which ‘draws on ethnographic fieldwork conducted during 2005- 07 on displaced Kashmiri Pandits who were forced to migrate from Kashmir to the city of Jammu’ is a scholarly discussion on how people are sometimes defined by ‘movement’ rather than ‘place’. The most complete and satisfying account remains Badri Raina’s Remembering the Unforgettable; Kashmir as She Made Me. Raina left Kashmir in 1961 and tells us that he was ‘removed from the immediacy of the trauma…The plural archive of memory, then, can yield healthy antidotes to fixated moments of pain and betrayal…None of which may be understood as an argument to condone any past that may have left deep scars on us but as a caution not to accord a timeless and essentialist status to such an interregnum in the life of a much vaster and many-sided narrative.’

And so we write on. As we must. The voices of Kashmiri Pandits have a right to public space and private memory as much as those of other displaced people. And, in solidarity, all of us grieve for our collapsed collective past. And if the world can be changed by writing, we may all once again live in paradise.

(Anjuli Kaul is a teacher, book lover and idealist)