Censorship by any other name. Slap a defamation suit and leave it to our tardy legal system to ensure the offending material never gets out. B-school guru Arindam Chaudhuri is the latest practitioner of the art 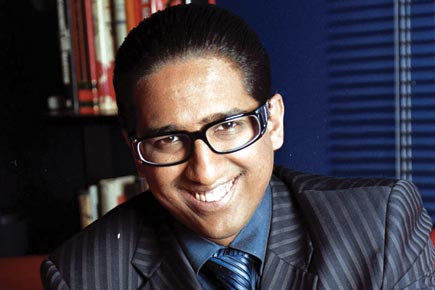 Censorship by any other name. Slap a defamation suit and leave it to our tardy legal system to ensure the offending material never gets out.


Till the last week of June, The Beautiful and the Damned was a 264-page book, hardbound and elegant. Striking even, because of that woman in pink sari standing unsmiling on the cover. The contents consisted of an introduction and five essays, narrative non-fiction, printed on 70 gsm book printing paper in Bembo font. It was priced at Rs 499.

The book that will be available at Indian bookstores from the first week of August will have 224 pages, and only four of those essays. The first chapter, 45 pages long, has been taken out. This leaner edition will still cost Rs 499, though.

The reason for the sudden weight loss is an injunction against the essay, secured in a defamation suit filed by Arindam Chaudhuri’s Indian Institute of Planning and Management (IIPM). The parties named are the monthly Indian magazine Caravan and its editor and managing editor, publisher Penguin India, author Siddhartha Deb and Google India. The damages sought are Rs 50 crore. The essay, titled ‘The Great Gatsby’, was excerpted in Caravan in February this year. It was, by almost every account, admired and appreciated for its detailed portrait of Arindam Chaudhuri, the eternally grinning and unmissable face of the IIPM business school empire in India.

What this means is that the essay cannot be carried in any form—digital, electronic or good old-fashioned print—in India till the order is vacated by the court. Caravan has had to take it off its website. Penguin will publish the book with a band around it, saying: ‘The first chapter of this book has been removed in accordance with a court order.’

Yet, every edition of this book on ‘New India’ published outside India will carry the essay. “It’s only Indian readers who can’t legally access the chapter, but that may have been the point of the suit,” says Deb. Indeed, the American magazine N+1, which had removed the essay from its electronic editions on Deb’s request, has put it back online already. “It is very worrying that injunctive relief is being granted in a case where the material is already in the public domain [having been published], and damages have been sought,” says Supreme Court lawyer Rajeev Dhawan.

An ex parte order is fairly standard procedure in a defamation suit, feels Dahlia Sen-Oberoi, the lawyer fighting the case for Penguin. “This is what most people do. The injunction Jayalalithaa obtained against Vaasanthi’s book, Jayalalithaa: A Portrait, barely days before it was to be published [in the first week of May], is also an ex parte one.” Ten years ago, Maneka Gandhi had secured a similar order against Khushwant Singh for his book, Truth, Love and A Little Malice.

What’s curious about the case is the place where it has been filed: the small town of Silchar in Assam. Or smart, as Sen-Oberoi sees it. The offices of Penguin and Caravan’s publisher Delhi Press are in Delhi; Deb lives in New York. “Law is all about strategy. Filing a case in a place where none of the main parties is located is a well thought-out move,” she says.

How can a case be filed in a civil court of Silchar when the affected parties (except Google India) are in Delhi? One of the plaintiffs or complainants, indeed the first plaintiff, is a resident of Silchar, Assam. This is a man called Kishorendu Gupta, who runs an outfit called Gupta Electrical Engineers. But Gupta is also an agent for IIPM, working to secure students for the business school. He is paid a commission for every student he gets for the institute. The IIPM is the second plaintiff in the suit.

It turns out that the institute has a thing for Silchar. Call it a carefully calculated legal strategy, bordering on formula. In 2010, the institute filed a case in Silchar against Rashmi Bansal, author of the bestselling Stay Hungry Stay Foolish, and editor of the independent magazine JAM based in Mumbai. Bansal had written a story in the issue of JAM magazine dated 15-29 June 2005, headlined ‘The Truth About IIPM’s Tall Claims’. The story provided, in Bansal’s words, “factual rebuttals with proof including letters and emails from HR heads of companies to show that IIPM was making false claims”. The IIPM has sought Rs 10 crore in damages, and the case is subjudice at present.

In 2009, the IIPM filed four cases against the magazine Careers 360, published by Maheshwar Peri—from Kamrup, Guwahati (the largest city of Assam), Delhi and Gurgaon. The damages sought are Rs 100 crore.

The first, filed in Delhi, was in response to a questionnaire the magazine had sent to the IIPM. The other cases were against two articles the magazine published in June and July 2009, headlined ‘IIPM: Best Only in Claims’ and ‘IIPM Makes Another Claim: Over to You Mr Sibal’. In March 2010, the magazine published a third story, ‘IIPM: Uttarakhand Registrar Recommends a Ban’, in response to which the institute filed a case in Dehradun. This suit was decisively quashed by the Dehradun High Court, which stated, ‘A truth spoken for public good can never be called defamatory.’ However, the cases in Kamrup, Guwahati and Gurgaon are still pending.

In a couple of these cases, Google India was also named. The idea behind naming multiple parties, it appears, is that they will have multiple arguments, thus weakening the central argument. It seems to be working. Careers 360 has not, however, had to remove the stories from its website; but it cannot publish another story on the institute till it wins the cases.

It is an archaic criterion that makes it possible to file cases from absurd places: that the material deemed defamatory must be available in the area of jurisdiction of the court. “It’s meaningless in today’s context when all published material is available everywhere,” says Lawrence Liang, co-founder of the Bangalore-based Alternative Law Forum. “This is what enables the filing of multiple cases against MF Husain and Arundhati Roy in courts all over India. It amounts to harassment.”

In Deb’s case, it remains uncertain when the essay will be published in India. “It all depends on how long the litigation in court takes—difficult to predict in a country like ours where the backlog is huge and court litigation is used as a first resort as opposed to the last one, as it is intended to be,” says Sen-Oberoi. Does this mean a defamation suit is almost as potent as an official ban in keeping information out of the public domain? “It’s probably even more effective. Legal action scares publishers,” says Hamish McDonald, journalist with The Sydney Morning Herald and author of The Polyester Prince.

He should know. In 1998, The Polyester Prince, his unofficial biography of Dhirubhai Ambani, was due to be published. Reliance managed to procure page proofs of the book from HarperCollins India’s printer, and applied for injunctions against the book on the grounds of anticipated defamation in the high courts of Delhi and Ahmedabad. The company’s lawyers quoted from certain passages alluding to the pulling of strings and purchasing of favours by the company. Reliance threatened to file for sanctions against the book in all high courts across the country. McDonald was told that an executive of HarperCollins was threatened over the telephone.

The print order for the book was scrapped; the book was never published in India. McDonald’s Australian publisher, Allen and Unwin, went ahead nevertheless with a small print run, and the book sold out quickly in Australia.

Reliance didn’t pursue the case in Ahmedabad, or anywhere else. The only injunction the company managed to obtain was from a civil court in Tis Hazari, New Delhi. But clearly, the mere threat of defamation was enough. “A court [in Australia] would probably throw the case out before it started,” McDonald says. “Only an application by the government on national security grounds would probably be entertained.”

What Reliance threatened to do, Chaudhuri and Co have curated into a finely developed practice. Given all the minds working on this, the Chaudhuri empire’s media strategy is baffling. When this magazine placed a request for an interview with Chaudhuri with an emailed brief, a call came in a couple of days later. “Is the story going to be about Mr Chaudhuri?” asked the executive. “No, it’s about defamation suits and the publishing industry. Mr Chaudhuri is one of the principal persons in the story,” I said. “Is it going to be a positive story?” she asked. “It’s a story. A reported story.” The lady said she’d speak to “Sir” and let me know. And then, there was silence.