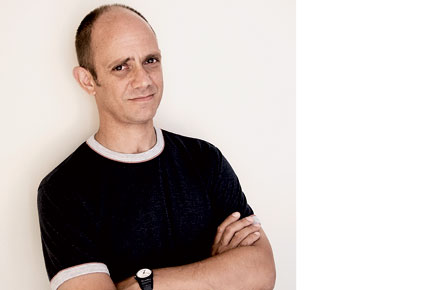 When he was 85, the writer EM Forster wrote of ‘how annoyed I am with Society for wasting my time by making homosexuality criminal.’ Yet Forster’s fraught sexuality may have been the animating force behind his writing. Damon Galgut certainly seems to think so.

Galgut’s biographical novel about Forster’s writing of his opus, A Passage to India, is a work of remarkable imaginative dexterity. A writer’s life is often read into his work, but in Arctic Summer, Galgut is able to write backwards from Forster’s novels to weave together a portrait of his internal life.

Galgut’s Morgan becomes interested in India because of Syed Ross Masood, an Indian man for whom he nurtures a deep, unrequited love. The book he writes, Galgut holds, is ‘what was left over; what he had to make do with’. Yet even in Galgut’s own telling of the story behind the book, it becomes something more significant in Forster’s life.

Morgan’s contempt for English middle- classness may have stemmed from his sexual alienation, but the sense, as Galgut writes, ‘that he did not belong, not quite, in the deadly properness around him’ flowed into a general fascination for the outsider, the subaltern, the other. It was a confrontation with India that converted this twin contempt and fascination into a rejection of empire. It was also arguably this confrontation that enabled Forster to write about the way in which the demands of the body politic came into conflict with interpersonal truth, and that allowed him, finally, to articulate a worldview in which the latter was foremost—a worldview in which his own sexual truth could be accommodated as more than mere concession.

An interview with the author, and an extract from the book:

Q What drew you to EM Forster’s life and work? How did you conceive of writing a biographical novel?

A Simply, my love for and growing involvement with India. I have been returning almost yearly since my first visit in 1999 and by now have spent a fair bit of my life there. A couple of my earlier books were written in Goa. Amongst other things, this returned me to A Passage to India, a book I greatly admire, which in turn led me to Forster’s life. I became aware that the story of how Forster wrote his novel— which took him eleven years in total— was one that hadn’t been told before. More than that, it was a story that reflected my own in many ways. I’ve been wanting to write about what goes into the making of a novel, and this was a perfect way to approach that subject.

Q How did you reconstruct Forster’s life for Arctic Summer, particularly his internal life? How did you negotiate a balance between research and imagination?

A It was important to me to represent the established autobiographical facts as accurately as possible. I did an enormous amount of research in that regard. But between the facts, there are lots of open spaces where I was free to invent—or, more accurately, interpret. Forster was very secretive about two aspects of his life: namely, his intimate emotions and his writing. I realised that there were profound connections between these areas, and exploring them was where the fiction occurred. All in all, I see the facts as the skeleton of my book, and the imagined parts as the tissue. It became a pleasurable game to join them together in as seamless a way as possible.

Q Do you know any more than what’s in your book about Forster’s unfinished project titled ‘Arctic Summer’?

A No—it remains a fragment, and an unsatisfying one at that. He himself thought of it as a failure. I was only interested in it for its title, which seems to work as a metaphor for much of Forster’s emotional life: dead and frozen, but at the same time filled with light, open to the sky. For all his lack of intimacy, he wasn’t an unhappy man. It seemed important to me to emphasise that.

Q Wendy Moffat has suggested that homosexuality was ‘the central fact’ of Forster’s being, and that his sexuality was the animating force behind all his writing. Do you agree?

A Yes, in many ways. It’s clear to me that it was his unrequited love for his Indian friend, Masood, which led him to the writing of his great novel. If his feelings had been reciprocated— if Masood had loved him in return—I doubt that Forster would ever have got down to writing. So in a sense, his book was what was left over; what he had to make do with. This is the central focus of my novel.

Q Forster appears to have had a very active, critical class consciousness. Where do you imagine that came from?

A For one thing, his mother—whom he was very close to—came from a lower middle-class background, which caused conflict between her and her husband’s family. Forster’s aunt never entirely accepted her as an equal, and it was a source of great bitterness to her. That must have communicated itself to Forster, and stirred a defensive sympathy in him. I also believe that Forster’s homosexuality made him very sensitive to ‘otherness’, to difference. He never quite fitted in with his own class, because part of him was always held in reserve—a bit like a spy, watching from inside. I think that made him aware, even though he moved in the upper echelons of class, of how it felt to be at the receiving end of class prejudice.

A It’s hard to say how sympathy becomes eroticised, in Forster or anybody else. He’s far from the first gay man to form attachments over the barrier of class. Perhaps it has to do with the longing— arguably very strong in the face of prejudice— not to be different. In other words, the desire to bond with a man of a different class may have been, psychologically speaking, an expression of Forster’s own longing to heal the divide he felt between himself and the world. But this is speculation, of course. Sexuality and desire are always a mystery, to some extent, and maybe should stay that way.

Q Forster’s ‘Only Connect’ motto (as DH Lawrence is said to have called it) and his essay ‘What I Believe’, suggest a worldview arranged around relationships and the essential truth of friendship and attraction. How does the writing of Passage—and his visits to India—rearrange that worldview?

A I’m not sure whether it ‘rearranges’ anything. But it’s important to remember that Forster’s first loyalty was to Masood and other Indian friends, as well as—during the years of the First World War—to his lover Mohammed in Egypt. Forster himself believed that it was an Indian trait he learned from Masood to place human affections before all other loyalties. In other words, he loved certain individual subjects of the Empire far more than the Empire itself.

This could be seen as treachery and betrayal, certainly to members of Forster’s own class. But as Forster himself observed, if he had to choose between betraying a friend and betraying his country, he hoped he’d have the guts to betray his country. Not a popular view at the time, or now for that matter. And when A Passage to India was finally published, it caused a great stir amongst the British in India for the way it depicted them. It was clear that Forster’s loyalties had crossed all the lines of country and class and society. We could do with more of that thinking right now, in my opinion.

Q In your telling, the echo seems to be central to the way Forster thinks through his philosophical response to India. A Passage to India certainly invests the echo in the Marabar caves with a great deal of meaning. How did you think about the echo while you were writing your book?

A I visited the Barabar Caves in Bihar to see them for myself, and I can report that at least one cave has a very impressive echo. It obviously made a big impression on Forster, but no doubt his imagination built it up afterward into something more significant. In fact, it became a symbol for Forster of a lack of meaning—the empty ‘bo-um’ at the heart of everything, around which other meanings are built. For me, writing a book that echoes another one, it’s taken on yet more resonance. Hopefully with meaning attached to it!