What is it that makes him an enduring literary icon of compassion and empathy? 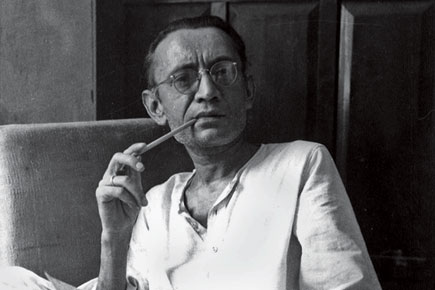 ‘A great deal has been said and written about Manto up till now, little of it in his favour and much of it against him. No one in his right mind will be able to form an opinion about Manto if those writings were to be placed in front of him. As I sit down to write this, I realise how difficult it is to express my views about Manto…’

With his characteristic wit and reflexivity, Saadat Hasan Manto wrote this about himself a few months before he died. And it is an excellent starting point for us to consider him anew, 60 years after his death. Modifying his own evaluation just a little bit, we might well ask what is left to say about Manto? Admirers and critics alike have exhausted reams of paper and realms of imagination to talk about him, analyse his work, his life, his death, his significance, his influence on other writers, his mark on posterity, his place in the literature of the Subcontinent, his place in world literature, his astuteness as a political and social commentator, his mastery of the ironic voice, his compassion for human beings. And yet, our fascination for the man and his writing endures.

Penguin has just published another Manto tome, a selection of his writings—short stories, a few significant essays, and his one and only play—this time, edited and translated by the scholar Muhammad Umar Memon. Over the last few decades, Memon’s translations from Urdu into English and his critical writings in the field have done much to bring works from that language into our English-reading world. And so there is a sense of the inevitable to Memon’s edition of Manto’s oeuvre and his interpretation of Manto’s place in the larger world. Given Memon’s position as a translator, critic and commentator on Urdu literature, it is right and good that we should be treated to his reading of Manto. The inevitability of this volume, which comes to us long after Manto’s birth centenary has been done and dusted, in no way detracts from its significance or the pleasure of reading well-known stories and essays again, inflected slightly differently from the versions that we already know and love.

It is surely some indication of Manto’s status as a ‘classic’ that the same publishing house, Penguin, published a collection of his works, Bitter Fruit, in 2008, edited and translated by the Pakistani journalist Khalid Hasan. Having Hasan’s Manto side by side with Memon’s Manto is a delight—one can compare translations of particular pieces, ponder editorial choices in terms of inclusions and exclusions, mull over the similar but hardly identical portraits of the writer who looms large over his own writing. There is also another (rather slim) Manto volume in circulation, Aakar Patel’s translations of Manto’s essays entitled Why I Write (Westland, 2014). These volumes do not challenge each other, nor does one make the other redundant. Rather, they enrich our experience of Manto, which, for us as English readers, is already mediated through translation.

Like Premchand, the other iconic writer from the Subcontinent’s 20th century, Manto has been translated repeatedly over the decades since his death. Single stories in anthologies, volumes of thematically grouped essays, fragments, so-called word ‘portraits’ of famous people, performance scripts—Manto has become a lens through which we view ourselves and our nation(s), with a particular focus on the experience of Partition. While Manto’s searing Partition stories remain an important aspect of his writing, they hardly contain or define him. Thinking of Manto solely in terms of the frank sexuality of some of his stories is also confining him to a stage that we have built for our needs. Collections like Memon’s remind us that Manto was first and foremost a writer of short stories, something that Manto wrote into his own epitaph, ending it with ‘. . . under tons of earth he lies, wondering who among the two is the greater short story writer: God or he.’

Memon’s introduction (called a ‘Preamble’) to the translated works in his volume is a literary portrait of Manto, analysing some of his better known works and placing them in conversation with the society in which Manto lived and about which he wrote. The essay does not dwell on Manto’s alcoholism, his choice of company or the repeated charges of obscenity that he had to face for a number of his short stories. Memon spares us the eulogies and laments about Manto’s troubled and fragmented life and goes about extricating the writing and its merits, its special tone and tenor, from the biography of the writer, a biography which has come to dominate the discourse about Manto. Memon reinstates Manto as a literary figure, a writer created by and responsive to his own times. To this end, the volume at hand focuses almost entirely on Manto’s short stories, calling them into relief against the rest of his less formally ‘literary’ works.

While it is common enough for collections of Manto’s writings to include his essays about himself, Memon’s edition also contains two contemporaneous essays by Muhammad Hasan Askari. Like Memon’s own literary assessment of the writer, these short pieces place Manto in the larger context of his time and its concerns. There is also a delightful coupling of two essays, one by Manto and the other by presiding Judge Siddiqi, about one of Manto’s obscenity trials. Memon is able to use such critical materials to enclose his translations and his reading of Manto because of his knowledge of Urdu literature and the many historical and social contexts in which it was produced. For me, it is this wider perspective that sets Memon’s volume notably apart from other Manto collections. Besides this, Memon’s translations are, felicitous and easy to read, gentle on the eye and on the mind, and for the most part, lose none of the muted ferocity of the originals. Personally, I am disappointed with his translating the title Thanda Gosht as Frozen, which detracts from the contrast between the mundane title (literally, Cold Meat) and the horror that the tightly written story contains. Khalid Hasan, more creatively, translates the same title as Colder than Ice, which is how Memon also translates the last three words of the story. But actually, as with Premchand and his short stories, titles and translation quibbles hardly matter because the works themselves are so very strong. And so well-known. We continue to read Manto not because we do not know him but precisely because we do.

If Saadat Hasan Manto had not existed, we would have had to invent him. I think that explains our continuing fascination with the man and his writings. It is the idea of Manto that holds sway over our imaginations. Here is a bohemian, an iconoclast, true to himself and his art, living and writing on the edges of the conventions that defined his time and place. Moreover, he is exactly the kind of Muslim we want: he was liberal (secular almost), he was stylish, he wrote unabashedly about women and their sexuality, he drank alcohol, he loved the movies, he was critical of religion and social practice, uncomfortably honest even at the worst of times, and he was a man who saw Partition as a human tragedy, as a farce, even, rather than as a political or communal necessity. For Indians, the cherry on the Manto cake is that although he moved to Pakistan, he forever regretted the loss of his beloved Bombay and all that the teeming, godless metropolis had given him. As Indians, we relish his prescient critique of what a theocratic Pakistan would look like, we love the fact that his heart lay in India even though the religion he was born into sent him across the blood-stained border.

India and Pakistan both claim Manto, such is the power of his work and his person. Of course Manto belongs to the Subcontinent, but he belongs to a time when neither of its largest constituent nations had ossified into rigid states based on exclusion and discrimination, on religious identities and the creation of Others. Truthfully, at this time, Manto should belong to neither India nor Pakistan. He would surely be appalled at what we have become. For that reason then, the idea of Manto becomes ever more important. Because that idea revels in Manto’s overwhelming compassion and empathy, it represents not just the best in the Other, but the possibility of the best in ourselves.