Dow Shalt Not Get Away

Warren Anderson should be arrested to warn companies of the consequences of building hazardous industries, insists writer Dominique Lapierre. 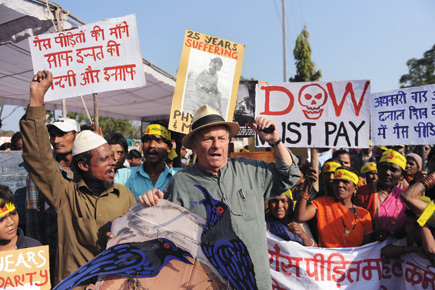 Warren Anderson should be arrested to warn companies of the consequences of building hazardous industries, insists writer Dominique Lapierre.


In the crossfire of the recriminations and finger-pointing over the recent judgment on the Bhopal gas tragedy, did anyone remember to pick up Five Past Midnight in Bhopal, Dominique Lapierre’s indepth tome on the disaster?

Lapierre had spent three years researching the book, along with co-author Javier Moro (yes, the Spanish writer who is currently in the news with his latest book, The Red Sari, inspired by the life of Sonia Gandhi). He’d also helped set up the Sambhavna Gynaecology Clinic in Bhopal with royalties from the book.

I first interviewed Lapierre in 2001 when he launched Five Minutes…, a chilling account of the germination of an idea by Union Carbide to develop a pesticide that could ‘save’ the peasantry of this country. Alas, methyl isocyanate or MIC also happened to be, in Lapierre’s words, “one of the most dangerous compounds ever conceived by the sorcerer’s apprentices of the chemical industry”.  The terrifying findings of MIC tests on rats were never made public.

In an interview given a few days ago from France, Lapierre states vehemently, “This judgment is an insult to the survivors.” The victims, he says, should get their due compensation, and, most importantly, the cleaning up of the site should be prioritised.

Lapierre is also vociferous about bringing the accused to book. Warren Anderson especially, he feels, should be arrested. “This will not just give the sufferers a feeling that the culprits have been punished, but will serve as a clarion call to other industries that you just cannot get away with it [events like the Bhopal gas leak]. Large corporations will not be tempted to build hazardous industries if they know what the consequences can be,” he says.

According to Lapierre, the publication of his book had caused so much stir in industrial circles that at least five such factories in different parts of the world, including Argentina, Greece and India, were not built as a consequence.

Lapierre’s current worries are more about proactive work still left to be done. Most people, he feels, are instead getting bogged down by the recriminations that are continuing to take place. “Let us make sure about the rehabilitation aspects 26 years after. The victims need to be better compensated and the owners of Union Carbide or Dow should be forced to clean the site of the factory of the toxic effluents left as these are still continuing to poison the underground water and the slum dwellers have to drink this polluted stuff even now.”

A few months ago, Lapierre was in Bhopal to oversee the running of Sambhavna Clinic, where 300 women with cancer (“they had never even received a single aspirin tablet”), apart from thousands of other victims of the gas tragedy, are being attended to. On that visit, he decided to drink a glass of water from a tubewell. He broke out into such a violent rash that he thought he was going to die.  “The gas has introduced itself in their genes,” he says.

For an author who gives $3 million to fund the victims of a tragedy in a country that is not his, Dominique Lapierre does have a right to question what is being done to alleviate their suffering.