In their retellings of India’s ancient past, these writers fall somewhere between shallow revisionism and ponderous pontification 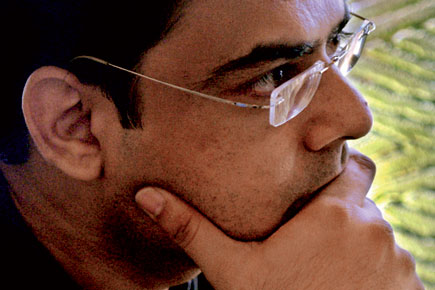 In their retellings of India’s ancient past, these writers fall somewhere between shallow revisionism and ponderous pontification

The Itihasa – The ancient Sanskrit history of India which includes the epics of the Ramayana and the Mahabharata—offers a great deal of material for the storyteller, and happily, even more for the philosopher. Being tales of dharma, Indian epics and their retellings are simultaneously fantastical legends of devas and asuras and the mortals caught in between, as well as philosophical arguments for a particular way of life. Modern storytellers, then, are faced with several rather delicious dilemmas: How does one retain the glorious sweep of semi-divine history, while still retaining the subtle philosophy that is Itihasa’s bedrock? How does one separate fact from exaggeration, given that the events spoken of took place at a time well before recorded history? And finally, how does one re-interpret the morality of the past for the world of today, without offering offence to those who went before? After all, the last time such tales were told, a deva had to sacrifice half a tooth to keep up with the telling; and if Nietzsche is to be believed, God is (now) dead.

Happily, devas or no devas, there are still some willing to take up the challenge.

Ashok K Banker, a well recognised writer of mythological fiction, has already earned a great deal of both critical and commercial acclaim for his retelling of the Ramayana. Ten Kings, his latest, extends his range somewhat; while the story is still based on textual history (a shloka found in the Rig Veda), it tells of an ancient battle that was possibly responsible for the founding of the city of Harappa. In that sense, this novel breaks new ground; most modern writers of mythological fiction tend to restrict themselves to the clearly established ‘literary history’ of India rather than venture out into the less documented archaeological arena. In Banker’s novel, a vastly outnumbered King Sudas and his 6,000 ‘Trtsus’ face off against an alliance of 10 kings and their 60,000 soldiers, to determine the fate of the ‘Panch-ab’, the land of five rivers—and this, in 3,400 BCE. Complicating this battle is the fact that both sides are led by sages of immense eminence; Sudas is guided by the sage Vashishta, while Anu, the leader of the ‘ten kings’, is advised by Vishwamitra. Banker, known for being a stickler for accuracy, takes pains to point out in the author’s note that while his research is based on the Rig Veda, ‘it’s impossible to tell whether this Vishwamitra and his counterpart Vashishta, Sudas’s guru, were the same brahmarishis whose legendary feud appears in other puranic works’. This is both Banker’s strength and weakness; when it works, the historical accuracy he infuses his writing with adds a great deal to the flavour of his novels, but it can occasionally make the prose dry and cumbersome.

Banker’s novel is populated by any number of rajas, Kshatriyas and Arya tribes, and also makes full use of the philosophical tropes of the time. “The Age of Kali is nigh”, says the sage Vishwamitra, as the war becomes inevitable. “In this coming age, only those who understand the language of iron shall survive and thrive. Iron has no dharma. Iron cuts through flesh and shatters bone. And without flesh and bone, even a dream of dharma cannot be sustained.” Of course, Sudas’ preceptor Vashishta is no less eloquent. “Those who split the world into us and them, you and me, Trtsus and Bharatas,” he says, “…fail to see that by waging war against one another we only risk setting fire to and damaging… the one great wagon in which we all ride together, fellow-journeyers in the endless caravan of existence… Your conflict is with the demon that you have created and named your enemy… You fight because you wish to fight.”

Dharma and Adharma, watchwords of the Itihasa, are not merely arguments for and against war, however; they are the ideas at the heart of all morality, and give rise to truths of their own. In the Ramayana, these two ideas come together to forge another of history’s most beloved tropes—that of the ‘good king’. MR Sharan’s debut novel, Blue: Tales of Reddumone, the Two Faced, examines the ancient journey of Prince Rama, looking at it from the perspective of a Lankan spy sent to Ayodhya. Reddumone— officially known as Teertha, a spy in the employ of Kumbhakarna—is somewhat implausibly welcomed with open arms into the court of King Dasharatha, where he makes his acquaintance with the brother-princes of legend. His tale looks at the Ramayana from a fly-on-the-wall perspective. But while Banker is known for being sparing with his own perspective, Sharan redraws the world as he sees fit, changing the story in his retelling.

In Blue, Lakshmana is in love with Sita; Shatrughna, his brother, begins the tale on the verge of abandoning his family and royalty for the ascetic life; and as for the king of Ayodhya, Dasharatha, whose almost blind adherence to dharma is the cause of Rama’s banishment in the original tale—why, nothing is sacred. “In fact,” says king Dasharatha, “I am beginning to believe that the concept of dharma is highly overrated and ill-specified. Dharma is being good to others. Dharma is doing what you think is right, having thought about it in as rational a manner as possible. The rest of it is mere big talk.”

Perspectives like these might sound far more evolved than those originally laid down in the Ramayana, but this sort of revisionism unfortunately does both the epic and the reader a great disservice. In the original tale, there is a visceral reality to the crisis that queen Kaikeyi causes by demanding that her son Bharata ascend the throne in Rama’s place. This crisis is only meaningful in the context of a king who is wedded entirely to dharma, who therefore will not break a vow, regardless of the cost. Dasharatha, as described by Sharan, would have no such moral dilemma to deal with; if dharma is only a guide, and an ‘over- rated and ill-specified’ one at that, then surely the question of succession would not have been so fraught. A part of Rama’s stature, and the stature of the Ramayana itself, comes from the fact that Rama obeys his father despite this cost (and the fact that Dasaratha himself dies of grief). It is these sacrifices which make the Ramayana a story of more than just a war against Lanka.

From today’s perspective, the sort of relativism that Sharan favours certainly does appear to solve the problem of difficult moral choices, but does so by making the question itself irrelevant. While this makes for several crowd-pleasing passages, it unfortunately also seems to imply that a shallow amorality is somehow more sensible than paying a heavy price to keep one’s word. The other alternative— a slow exposition of the intricacies of morality, as Banker favours—might both sacrifice pace and demand more from the reader, but to this reviewer at least, a cumbersome truth is more appealing than a slick quick- fix. While Ten Kings might leave one wishing for a little more pace, especially in the early parts of the novel, Blue feels as though it was written with the presumption that the morality of hard choices is just a step short of foolishness.That said, any retelling of the ancient epics is fraught with risk.

If one chooses to stay true to the original, one runs against the modern market’s demand for punchy, quick and slick tales; but if one indulges in revisionism, it is almost certain that it will invite criticism.

Perhaps this is why, in the original telling, it was a deva who did the writing while a rishi did the thinking.