Behind Every Great Book

David Ebershoff is the editor of two Pulitzer Prize-winning books this year. He speaks of his obsession with the manuscripts he works on 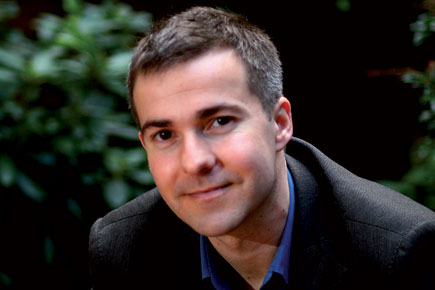 David Ebershoff is the editor of two Pulitzer Prize-winning books this year. He speaks of his obsession with the manuscripts he works on


David Ebershoff edited two of this year’s Pulitzer Prize-winning books—The Orphan Master’s Son by Adam Johnson, which won for fiction, and Embers of War: The Fall of an Empire and the Making of America’s Vietnam by Fredrik Logevall, which won for history. Apart from being an editor-at-large with Random House, Ebershoff has written three novels—two of which are bestsellers and one of which, The Danish Girl, is being adapted into a film—plus a book of short stories. In an interview over e-mail, he spoke to Open about creating a balance between writing and editing, and the process of guiding a book to the right readers.

Q How do you choose the books you will work on? What about The Orphan Master’s Son and Embers of War appealed to you?

A People sometimes ask me, ‘What are you looking for as an editor?’ The truth is I’m looking for what the writer wants to tell me. I’m looking for a writer whose mind makes good company. I’m looking for a writer who is so obsessed with his or her subject that I become obsessed too. I’m always looking for books that are new in some way and that use language artfully. Like most people, I read for story. I want a good story told well. That’s not only true of fiction, but also history, biography, memoir, essays, even poetry. With both Orphan and Embers, I knew these were new stories. No fiction writer had ever taken us inside North Korea in such a grand manner. In the case of Embers, the story of how America got into war in Vietnam had never been fully explained. Then there’s the storytelling: both Adam and Fred are masterful storytellers. They were obsessed with these stories and I became obsessed too.

Q How involved are you in the process of writing?

A Fred and I worked together for almost a decade. Over the years, he and I talked about ways to develop the story into a gripping read and about how to shape such a broad story that covers more than 40 years and has dozens of characters into a structured narrative the reader could follow. We talked about how to open the book to grab the reader, and we discussed how to close the book with a scene that the reader won’t soon forget.

With Adam, he wrote Orphan before he showed it to me. I read the manuscript and knew at once it was a masterpiece. He and I worked on tightening it up and ironing out some plot complications.

In both cases, after I had finished my editing, my biggest job was convincing the world that each had written a great book.

Q How do you go about doing that? What are the challenges of the process of getting a book to bookshelves? Till what stage are you involved?

A You’re asking about the entire publishing process which can be long, ongoing and is unique to each book. There are many phases and many people are involved. I think of it as creating converts—I want to get a book into the hands of the right readers, who will believe in the book as much as I do and can influence that book’s future. For every book, this includes getting early readers in the Random House sales and marketing departments, among booksellers, and in the media, including bloggers and users of social media. Some might call this building ‘buzz’ but I think of it as more precise than that word implies, and more important. I always tailor this strategy for each book because each book creates its own opportunities.

For The Orphan Master’s Son, my first job was to get a few novelists to comment on the book. I asked David Mitchell and Richard Powers to read the manuscript. Both sent supportive words about the book that proved helpful in getting the attention of others. My next step was to enlist key independent booksellers around the country. I sent an early copy to about 75 booksellers with a personal note, telling them why I thought they’d love the book and why I thought it would sell well in their stores. This proved vital—a number of booksellers adopted the book as a personal cause and helped build enthusiasm for it and an early audience. They told their own networks about the book and used local and social media to create awareness.

I had a different strategy for Embers of War. For this book, it was important to have influential historians comment on the book. Neil Sheehan and Frances FitzGerald, both of whom won Pulitzers for books on Vietnam, read the book early in manuscript and offered their support. From there, I sent early copies to more than a hundred people who influence American foreign policy and/or prominent veterans of the Vietnam War. I sent it to members of Congress, leaders in the American military, members of world affairs councils, policy scholars and analysts, and others. I sent it to individuals at Vietnam’s embassy in Washington, and I even sent a few copies to the American embassy in Hanoi. My goal was to get a core set of people who know the topic intimately to read the book and, perhaps, start talking about it. There was a lot more work involved in publishing both books, including traditional media campaigns with book reviews and author interviews. But an editor plays an important role in guiding the book into the larger world.

Q What is the relationship like between writer and editor? How do writers take to feedback, suggestions and criticism?

A I tell every writer two things: one, my job is to understand your vision and then help guide you to the best version of that vision possible; and two, I’m here to represent the reader. I’m here to tell you something the reader might want you to know before the book goes to press. Nearly every writer I work with understands that I want the same thing he or she does: the best book. Only once in my career have I had what might be called an adversarial relationship with an author. Most of my editorial conversations are complex, extended, and deeply engaging for both of us. But once we’ve had those conversations, I never forget that it’s the writer’s book and the writer gets the final say. I’ll make my point, and sometimes I’ll make that point a second or third time, but it’s the writer’s name on the book, not mine. I’ve never once insisted on a change.

Q What might the reader want the writer to know? What sort of conversation do you imagine taking place between a reader and a writer during the writing process?

A Readers value clarity, direction, concision. They also look for, among other things, drama, character, emotion. I’m there to tell a writer when something isn’t clear enough or something is indirect or something is too long. I’m also there to ask for more, to ask for emphasis, to tease out analysis, or to request a scene that further dramatises an idea. Readers also value style, idiosyncrasy and artful language, and I’m there to encourage these, to tell the writer his or her narrative risks are paying off. Sometimes I do all of these things, sometimes only one or two. It depends on the writer and it depends on the phase the writing [is in] when I’m reading the manuscript. I try to keep all this in mind when I’m writing myself, but I need others to help me. Most writers do.

Q Does editing for different kinds of writers—David Mitchell, Shirin Ebadi, Diane Keaton—require the use of different faculties?

A No. I try to treat every writer the same, whether she’s a young debut novelist or someone who has won the Nobel. My job is quite straightforward: I read the pages and tell the writer what I think. I’m interested in one thing: getting the best book out of the writer. Of course, some manuscripts need different kinds of editing and that will require different levels of engagement. But I think the best way to show respect to an author is to be frank about his or her work.

Q How do you balance your work as a writer and as an editor? How does one impact the other?

A The balance is mostly a matter of time. I try to do my own writing in the morning before I turn to editing. Because I edit both fiction and non-fiction, I’m learning so much from my authors. The Orphan Master’s Son and Embers of War are two good examples of this. Deep reading in a wide range of subjects has influenced my own fiction, such as in my last novel, The 19th Wife, about polygamy in America in the 19th century and today. Because I have learned a good deal about writing history from my authors, I felt comfortable using history in my fiction.

Q Does being an editor help you with your own work? As a writer, what do you look for in an editor? Is there an editor you favour?

A Being an editor I certainly believe in an editor’s fundamental value. I try to listen very closely to what my editor says. I’m lucky to have a masterful editor, Kate Medina. She is very skilled at working on a manuscript both line by line and globally. She’s brilliant at understanding what the story is and how it can be improved. In a few short, potent observations—such as “This book is really about the relationship between a parent and a child”—she can point me in the right direction as I plunge into another draft. The relationship between writer and editor is about trust, and I trust her with every word I put down on the page.

Q How important are awards for writers? For editors?

A They are important for two reasons: they honour a writer’s extraordinary effort; and they help readers find books they might not have otherwise. That’s why they matter.