Why the Human Rights project needs to be rescued 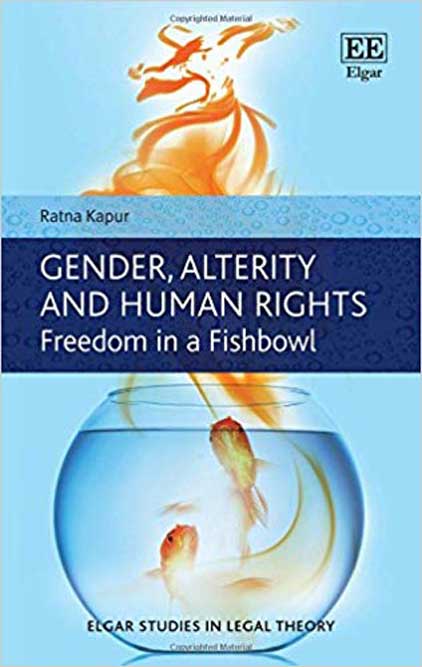 In an elegantly written book, Ratna Kapur takes the critique of the human rights project a step further to make a case for alternative registers of freedom and emancipation. Human rights (HR), she argues, are formulated and imposed by the liberal imaginaries; they are Eurocentric, overwhelmingly western, parochial, provincialised and indeed a ‘fishbowl’. Therefore, all projects of emancipation and freedom, in particular issues that relate to gender, should be delinked from human rights frames. The pursuit of freedom requires that spaces of alterity be sought, for there are alternate, divergent understandings of freedom outside of the liberal and neoliberal imaginaries.

What makes the critique and the quest for alterity particularly interesting is the use of two evocative metaphors. The first is the metaphor of a ‘fishbowl’ which illustrates a space that is limited, constrained and enclosed. The book likens the promise of human rights to ‘freedom in a fishbowl’. HR project, it states, promotes an ‘evidentiary’ mode of righting and strengthens a sexual security regime. It ends up maintaining gender binaries, promotes a carceral vision and fosters, what Janet Halley calls, ‘governance feminism’. Because human rights are based on a powerful mistrust and fear of non-liberal epistemological traditions, they also, Kapur argues, reinforce first world /third world binaries. Instead of freedom, HR regimes promote aggressive protocols of unfreedom in non-western societies.

The second metaphor is of the snake: It is actually a rope which is mistakenly assumed to be a snake. Kapur uses it to propose the fallibility of our assumptions, perceptions and knowledge. The snake-rope metaphor is meant to illustrate the limitations of our understanding, the illusion of primacy and certitude of the self. It is our false certainties and unstable truths that make us unavailable for the process of self-reflection and error correction. This metaphor works at several levels: Illusion being the freedom promised by HR and reality being its complicity in projects that further unfreedoms; Illusion being the presumed universality of human rights, reality being plurality of human claims.

The theme of illusory freedom also echoes in two interesting stories (from Tagore’s Chitrangada) narrated in the book. Chitrangada wants to shed her assumed male identity in order to seek Arjuna’s love, and Rudra wants to become a woman so that he can seek Partho’s love. Ultimately, as both seek to fit in with conventional familial and social expectations, and wish to become and occupy bodies that fulfill hetero-normative love, both do not find happiness or freedom through their bodies.

Kapur’s search is therefore for alternative registers that work with a different idea of both self and knowledge, and which acknowledge the limits of perception and knowledge. This search takes her through Eve Sedgwick’s turn to Mahayana Buddhism, Advaita philosophy of non-dualism, Foucauldian idea of political spirituality (derived from Iranian philosopher Ali Shari’ati). What is common to all three is that they try and reconfigure subjectivity in the terms of the introspective, un-fragmented (into identities) self. These, Kapur suggests, have the potential for ‘real’, not illusory freedom.

The idea that we need to re-negotiate the terms of our subjectivity through alternative registers is a strand that runs through the latter half of the book, in the stories, as also in the three philosophical strands mentioned above. The key idea is that the self—which is the inscribed, identified, politicised body—is unlikely to experience freedom. As the self (Rudra or Chitrangada or the person who mistook the rope to be a snake) realises his/her mistake and the illusion of desire, s/he also understands that freedom is actually the freedom from the body and its identity. The adoption of ‘normative’ identity practices through assimilation does not automatically bestow freedom upon ‘successful’ queer subjects. The prospect and agenda for freedom needs to understand the fishbowl of received identities—woman, black, Muslim or homosexual, etc. —and derived rights claims. Kapur argues that we need to look at other registers, other ways of being, other subjectivities— Buddhist, Islamic religious spirituality or Advaita for instance—to reconfigure and reimagine the HR agenda.

That the liberal HR project is a ‘fishbowl’ is a point compellingly made in this book. That we need to contaminate the project with other forms and ways of being is by now a familiar critique but made innovatively and effectively in the book. But there’s a tension that runs through. It arises from Kapur’s unambiguous assertion that she is not canvassing for abandoning the human rights project. It is a project that does not need to be rejected but rescued, she says. This raises a few of questions that do not find easy resolutions. How do we infuse these alternative registers into the project of human rights? How do we reimagine or reformulate HR and its futurity? Let me raise two broad issues in this regard.

First: The truth is that we are embodied beings with a sociality, historicity and materiality. Misery, suffering, subjugation, exploitation is real and material. It defines human subjectivity and social relations. What would the road to freedom look like in the face of violence, oppression, patriarchy and disenfranchisement? Where does the push back to everyday practices come from, if not from a realisation of the causal nexus between the experience of victimhood and the source of it? How does the realisation of the fragmentary nature of an individual’s experience (from alternative registers) help a non-individuated self to negotiate her victimhood?

I agree with Kapur when she says that the capacious categories of sexual misconduct, of native oppressors, drive for incarceration, all need semantic, political and feminist correction. I agree with her when she says, women’s human rights advocacy has come to operate as a tool for disciplining and intensifying the surveillance of women’s sexual conduct and strengthening the security apparatus of the state. I also agree that “governance feminism” approach converges with the contemporary script of neoliberal governmentality and the increasing ‘economisation’ of political life.

But for me the pedantic question is this: how does Mahayana Buddhism’s negation of causality, Advaita’s search for the illusory in one’s own experience, lending metaphysical equivalence to all forms of subjectivity become more than a source of personal redemption? How do they become more than pathways to metaphysical salvation? How do they become alternative registers for the project of social justice?

Second: It is true that rights may not serve as a tool or telos for justice. Yet, one can make a case that each cluster of rights be evaluated on its own terms for each of them is internally complex with a broad and variable set of criteria. For example, farmers’ rights in India have been totally ineffective in bringing succour to distressed farmers, as unabated farmer’s suicides testify. But forest rights, in another instance, contaminate the practice of liberal jurisprudence with idioms and ethos that are local, indigenous and collective. Particular rights regimes have their own internal dispensations, assumptions, and expressions, and need to be interrogated in terms of their own particular discursive and jurisdictional settings.

Rights ambition should be made a malleable one. It should be malleable enough to admit other ways of being, different kinds of personhoods and peoplehoods. Kapur’s project both adheres and departs from this proposition. Adheres because she too is proposing that cognisance of alternative registers will only help enrich the prospects of human rights. And departs because she loads the HR project with an ambition that is much larger—as a vector for emancipation. Kapur’s scepticism and her critique of the HR project stems from reading human rights as a project for freedom. Rights ambition is an easy stance to adopt but a difficult one to practice, and even minimalist ambitions can be misplaced. The burden of ‘freedom’ is a burden so extensive, so thick with idealisation, so replete with symbolic resonance that human rights will always fail to match up.