Bestselling author Alain de Botton on his latest book, The Pleasures and Sorrows of Work, and why he wrote it. 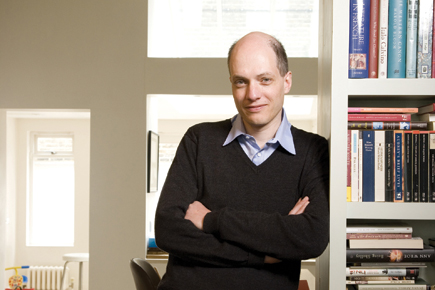 Bestselling author Alain de Botton on his latest book, The Pleasures and Sorrows of Work, and why he wrote it.


What made you select the ten workplaces?

I wanted to write a book that would open our eyes to the beauty, complexity, banality and occasional horror of the working world—and I did this by looking at ten different industries, a deliberately eclectic range, from accountancy to engineering, from biscuit manufacture to logistics. I was inspired by the American children’s writer Richard Scarry, and his What Do People Do All Day? My goal was to shine a spotlight on the sheer range of activities in the working world from a feeling that we don’t recognise these well enough. And part of the reason for this lies with us writers. If a Martian came to earth today and tried to understand what humans do from just reading most literature published today, he would come away with the extraordinary impression that all people spend their time doing is falling in love, squabbling with their families and, occasionally, murdering one another. But of course, what we really do is go to work… and yet this ‘work’ is rarely represented in art.

Which one intrigued you the most?

One of the great sources of satisfaction in work is the feeling that we are making a difference to people’s lives, that we have somehow left the planet slightly healthier, tidier, saner. I’m not necessarily talking of huge changes; the difference might merely involve sanding a stair banister, removing the squeak on a door or reuniting someone with their lost luggage. Industrialisation has made some of these feelings of helping others far less accessible. Take biscuit manufacture. I spent time looking at the UK’s largest biscuit manufacturer, which employs 15,000 people across 12 sites. Making biscuits used to be an artisan’s task: it would be done in a small workshop, and those making the biscuits would see and perhaps even know those who bought their products. This is hardly the case now at United Biscuits, and helps to explain the feelings of lassitude and occasional despair I picked up on, especially in departments like those dealing with accounts or transport, where a worker is very far indeed from sensing the ultimate ‘meaning’ of their activity. Then again, a lot of your satisfaction at work is dependent on your expectation. There are, broadly speaking, two philosophies of work out there. The first you could call the working class view of work, which sees the point of work as being primarily financial. You work to feed yourself and your loved ones. You don’t live for your work. You work for the sake of the weekend and spare time, and your colleagues are not your friends necessarily. The other view of work is the middle class view, which sees work as absolutely essential to a fulfilled life and lying at the heart of our self-creation and self-fulfilment. These two philosophies always co-exist, but in a recession, the working class view is getting a new lease of life. More and more, one hears the refrain, ‘It’s not perfect, but at least it’s a job…’

Would it be wrong if I said you do a higher form of the self-help books, jazzed up with philosophy?

In theory, I’d be delighted to be called a self-help writer. It feels extremely noble to imagine a book that could not only entertain us, but also help us, make us into better, nobler, wiser people. Unfortunately, the notion of a self-help book has been debased by its association with a brand of aggressive American titles, full of misplaced naive optimism. The tradition that I associate myself with is a long tradition of the European essay, whose great names include Marcus Aurelius, Seneca, Montaigne, Nietzsche and Virginia Woolf. If we can call this self-help (and I think we should), then I’d be happy to be part of the gang.

Is there a contemporary philosopher whose work you find exciting?

I have been hugely influenced by the career of the French writer and academic Roland Barthes.

Can we expect anymore rom coms from you?

I began my career with a highly successful little treatise on love called Essays in Love. When one has found success early with a book, there can be a temptation to carry on repeating the act, but for an ambitious writer, the real thrill lies in breaking new boundaries. I am happy my new book, The Pleasures and Sorrows of Work, takes me to new places in my writing, enabling me to pioneer what I’d call ‘philosophical reportage’, where I combine my own journeys with reflections on the deeper implications of what I am witnessing. I’d love to write a book on marriage, but it’ll be a few years before it sees the light.

Hegel, Nietzsche, Seneca. What do you do for bedtime reading?

Is there any fiction writer whose style you envy?