Gurcharan Das on his new book, and how Krishna only levels the playing field in the Kurukshetra War 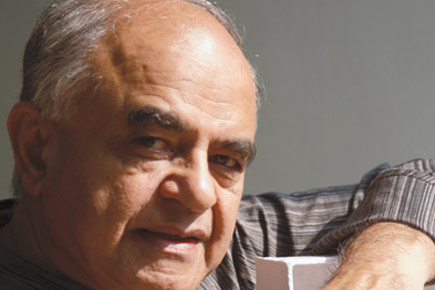 Gurcharan Das on his new book, and how Krishna only levels the playing field in the Kurukshetra War


Q After chronicling the phenomenal economic rise of India post liberalisation, what prompted you to turn to the Mahabharata?

A It was the horrible state of governance in India. Now, I’m not talking about the minister who gets caught taking a bribe, it’s the overall corruption in society. Only one out of four teachers turns up in our government schools. When your father dies, it is impossible to do something as simple as transferring the property in your name without paying off the patwari. Everybody in India is morally ambiguous. Unlike a Christian or an Islamic book, the Mahabharata is not about black and whites. It tells us how we deceive ourselves.

Q Were you influenced by AK Ramanujan’s work on the contextual morality of Indians?

A Of course, that was a starting point, but my context was the Mahabharata and modern Indian society.

Q Who are your favourite characters in the epic?

A The women stand out; they are a modern day feminist’s delight. Draupadi had the courage to stop an assembly of the noblest of Kshatriyas. Kunti and Satyavati were also strong characters. I also love Karna—a most valiant Kshatriya who had to live the life of a sutaputra. Through him I understood the pain of being an OBC.

Q Did your conception of Krishna change after the book?

He’s one of the most complicated characters. Krishna becomes a God with the capital G only after the first century intervention of the Bhakti poets. In the original versions, he is only a friend of the Pandavas. Both sides had a pretty strong case for the kingdom, but the Kauravas had an overwhelming military might. He’s only levelling the playing field.

Q Did you feel sad that for a book such as this you had to do your entire research in Chicago?

A Unfortunately, after VS Suthankar’s work at the Bhandarkar Oriental Research Institute, there hasn’t been any significant research on the epic in post independence India. It’s partly because there weren’t many professional posts for Sanskrit scholars and also because the Hindu right had usurped the ownership of the epics and sacred texts, making it difficult for liberal Hindus to take a fresh look at them.