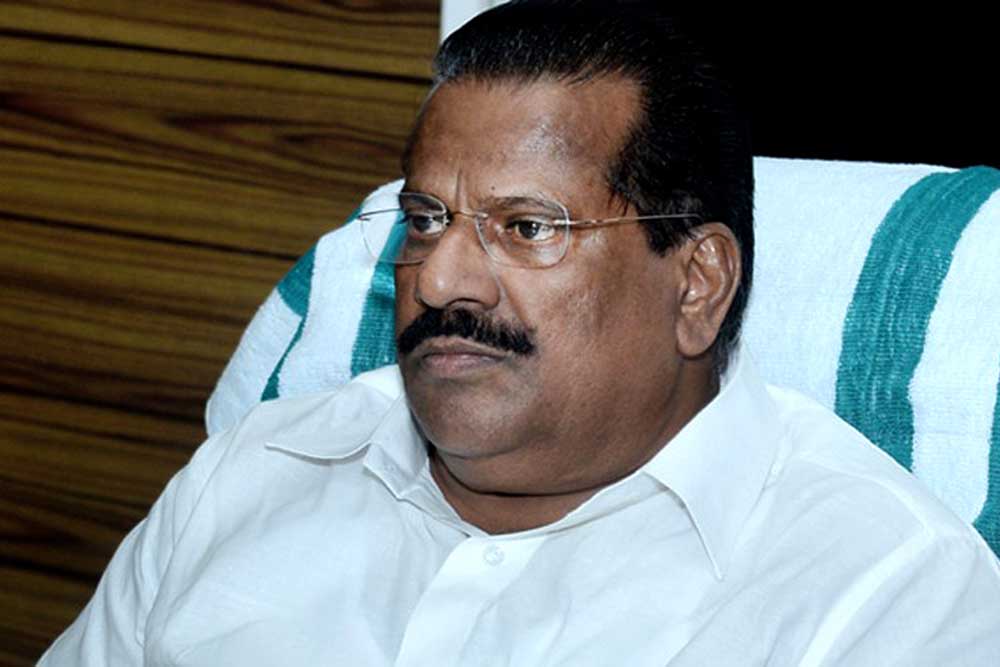 ‘Has the first wicket fallen?’ VT Balram, Member of Kerala’s Legislative Assembly and the Congress poster boy on social media who allegedly spends more time on Facebook than in his constituency, asked this question in bold letters on the morning of 14 October. The reference was to the resignation of EP Jayarajan, an important minister in the state cabinet who was handling the portfolios of Industries and Sports. It took only a few hours for the news to be confirmed. Yes, the first wicket of CPM Chief Minister Pinarayi Vijayan’s cabinet, sworn in only a few months ago, was down. It’s a top-order loss, too. Jayarajan, who has had to quit on allegations of nepotism, was said to be second-in-command in the cabinet.

Balram’s online glee over it has had a flurry of comments from those on the other side of the divide. ‘Falling wicket is game when the players adhere the rules. Those who have learned and practiced only foul play will not get it,’ goes one, drawing attention to the erstwhile Oommen Chandy cabinet of the Congress, which was reputed to have more than a few tainted ministers who continued in office.

The controversy that led to the resignation began when news emerged of the appointment of PK Sudheer Nambiar, son of former minister and CPM Central Committee member PK Sreemathi, as Managing Director of the state-run Kerala State Industrial Enterprise Limited (KSIEL). Sreemathi is the elder sister of Jayarajan’s wife, PK Indira.

The news drew vociferous protests on social media platforms, with people expressing shock at the direction in which the state’s newly elected Left government was headed. The opposition Congress, which could not garner much public support for its recent agitations against the government on issues like fee regulation and self-financing medical colleges, grabbed the opportunity by both hands. The arrogance shown by Jayarajan to the media when he was asked about the appointment of Nambiar worsened things for him. Attempts to justify the move proved abortive and the government had to cancel the appointment order. The Congress and BJP demanded a vigilance enquiry into the matter anyway.

In addition to the appointment of the minister’s nephew, a few more charges of nepotism surfaced when the opposition and media looked around. The appointment of Deepti Nishad, Jayarajan’s nephew’s wife as General Manager of Clays and Ceramics Products Ltd, another public undertaking in Kannur, for example, raked up a fresh controversy. The local CPM leadership protested and she had to quit. Another appointment made during the tenure of Sreemathi as health minister in 2006 also attracted attention. Her daughter-in-law was hired as a cook at her official residence,which she later explained had the party’s approval. A similar allegation was made against the present Health Minister KK Shyalaja, but it didn’t stick. Her son LasithBhaskaran’s appointment at Kannur International Airport as junior executive (electronics) had come under the scanner. However, he was appointed during the tenure of the Congress-led UDF government, it turned out, and was done through proper channels. He was the top rank holder in the written test conducted and was eligible for the post on all criteria.

For all the attempt being made by the opposition, the Man of the Match in this game seems to be Vijayan. The Chief Minister has had a reputation of being unfriendly to the media, but this time he has not turned away from the cameras. On 9 October, he responded to a query saying that “the appointment of relatives is a serious issue and the party would look into it.” Vijayan also rejected Sreemathi’s claim that the appointment of her daughter-in-law was made with party approval. Nor has the Chief Minister made any public statement supporting colleagues under a cloud or defending the party in the current row.

It is known that a CPM Politburo intervention in the matter expedited Jayarajan’s resignation. According to party sources, Jayarajan was left isolated in inner-party discussions, with no one to defend him. Meanwhile, Jacob Thomas, director of VACB and an officer known for his probity, headed an investigation of the appointments of nephews and nieces.

Jayarajan’s resignation was announced at a press conference held by Kodiyeri Balakrishnan, who said the CPM had acceded to Jayarajan’s request to quit in order to protect the image of the government and the party. A few hours earlier, Vijayan had stopped at a cluster of media mikes and said, “No doubt, LDF is not UDF and CPI-M is not Congress, This is a serious issue and we will take an appropriate decision.” The measured words were typical of his style.

The party has always been tough on tainted leaders. Neela Lohitha Dasan Nadar of Janata Dal and the transport minister of the LDF government during 1996-2001 was shown the exit in 2000 on allegations of sexual harassment made by Nalini Netto, the then transport secretary and current principle secretary to the Chief Minister. PJ Joseph of the Kerala Congress and minister for public works in the VS Achuthanandan cabinet quit his position in 2006 after a woman charged him with molestation aboard a flight. TU Kuruvila, who replaced Joseph, was dropped for being caught in a land scam.

However, this is the first time in Kerala that a CPM minister has been axed by an LDF government on charges of nepotism. Other ministers who had to quit belonged to other parties in the front.

Social media comments suggest that peope are impressed with Vijayan for this. That the government has proven responsive to a public outcry has come as a pleasant surprise to those who had grown cynical after the Chandy experience.

‘Falling of the wicket is fine,’ says one comment, ‘Those who refuse to walk back even after the third umpire’s decision cannot afford a game’.

In cricket, as in politics, wickets will always fall. The captain has to watch the overall team score. Vijayan seems to be doing fine on this. 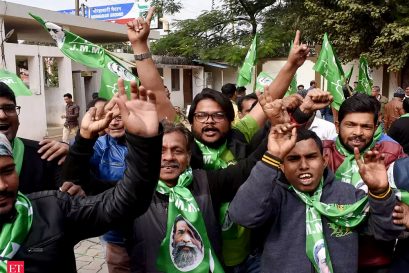 The party hits a roadblock again; Hemant Soren set to be Chief Minister 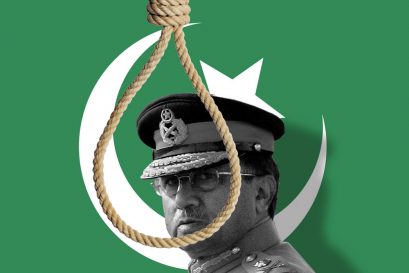 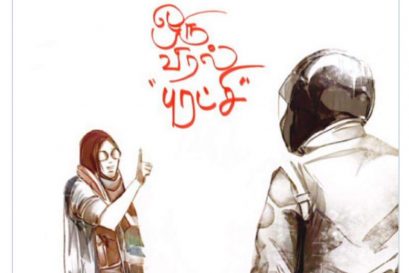