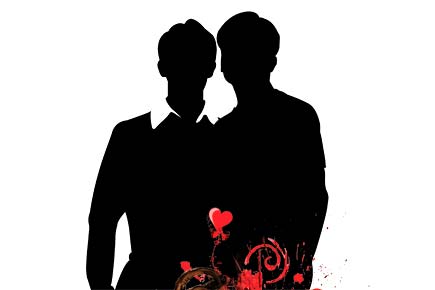 
“At least he’s looking at a girl, not at another boy. Things have gotten that bad,” said a mother about her 15-year-old son. Over the decades, urbane Indian parents have chipped away one reservation after another in the interests of their children’s well-being. Most parents today easily accept that their children may marry someone outside their caste, creed, and even race. They accept their children’s drinking, dressing, and dates. But even the most liberal parents are finding it difficult to consider the possibility that their child may be gay.

The recent Delhi High Court’s observations on Article 377 may make matters worse. Used to be that all children assumed their parents wouldn’t accept homosexuality as an option, but there was no way to confirm it because nobody spoke about it. Now, the High Court’s view that homosexuality is not a crime and the media’s extraordinary coverage of the issue has opened the floodgates for everyone to state an opinion on the subject. Imagine what a gay teenager, about to make the biggest declaration of her life, would go through if she heard a parent loudly decry homosexuality. There is proof from past studies that public discourse on homosexuality has had an adverse effect on how children perceive themselves. One study on sexual behaviour conducted in 1970 and again in 1990 found that public arguments about homosexuality had actually increased the fear of being gay among boys.

Quietly, and with small measured steps, a new generation is finding the courage to come out of the closet. One 15-year-old girl from Bangalore said a teammate on her basketball team came out to her recently. “She was very cautious. She asked me what I thought about homosexuality, and when I said I was okay with it, she told me she was gay. Her parents knew.” Not every gay teen is as lucky. Nitin Karani, a Mumbai-based activist who works with the Humsafar Trust, says that according to their estimates, at least nine children in urban centres committed suicide last year, unable to deal with their sexuality. Humsafar’s helplines receive hundreds of queries every year from kids asking for help with the issue.

Parents often ask, “When do they know?” Roughly between the ages of eight to 11. The confusion arises when messages in the environment around them conflict with what they know about themselves. “My friends who weren’t able to accept their sexuality early are more promiscuous and unable to live honest lives as adults,” said one 31-year-old gay man, who went two years without speaking to his mother because she pretended he wasn’t gay. “A mother always knows,” he said. “If she acts like she doesn’t, then she’s lying to herself.”

A mother of two girls told me she didn’t know what to think about the issue because she doesn’t know many gay people. If there is any truth to the estimation that one in 10 people is homosexual, it’s unlikely that anyone can go through life without encountering at least one gay person. But even people who’ve never met one either hate the concept or insist they’re happy with the court’s verdict; only no one’s sure how they’d react if their child had a stake in it. Perhaps a small but sensible start would be for parents to make the question ‘Do you like someone’ a multiple-choice query for their kids. Add the option of a same-sex ‘like’. And if they believe in the wisdom of parenting books, they may want to consider Straight Parents, Gay Children by Robert A Bernstein. Or, just keep quiet when NDTV debates Article 377. Your child will figure out what you think in his own time.