Child Sex Abuse and the Law

As Parliament gets set to reconvene, a bill to protect children from sexual abuse is on the agenda. Author Pinki Virani has warned that the bill might end up as a ‘graveyard of good intentions’ unless parts of it are redrafted. She explains to Open where the draft bill falls short 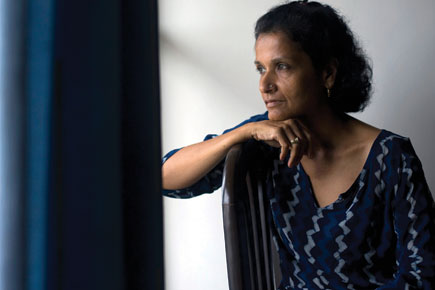 As Parliament gets set to reconvene, a bill to protect children from sexual abuse is on the agenda.  Author Pinki Virani explains where the draft bill falls short


As Parliament gets set to reconvene, a bill to protect children from sexual abuse is on the agenda. The proposed bill, the first of its kind in India, defines sexual abuse of children, categorising these offences under ‘assault’, ‘harassment’ and ‘[use of children in] pornography’ and specifies punishments extending to life imprisonment.

Pinki Virani, author of Bitter Chocolate, an account of child sexual abuse in India, has warned that the bill might end up as a ‘graveyard of good intentions’ unless parts of it are redrafted. Speaking to Open, she explains where the draft bill falls short

Q As someone who has been part of an 11-year-long journey that has led to this draft of the Protection of Children Against Sexual Offences Bill, 2011, what do you count as its most significant achievements?

A Its most significant achievement is the fact that the process has actually started. And it’s still a long process. The bill needs corrections. Thereafter, there will be a ‘second reading’ in the Rajya Sabha, followed by a ‘third reading’ for final approval. Then it goes to the Lok Sabha, for a similar process. If all goes well, it finally becomes a law. Then the Home and Law ministries have to set up the mandated child protection courts, one special court per district, to hear cases of child sexual abuse. Till the point all of this actually happens, [cases of] sexual abuse of our children by those above 18 years of age will continue to be tried in adult courts. Given what transpires in adult courts and the time taken, this also means that sexual crimes against children by adults will continue to rise and be severely under-reported.

Q Perhaps the most worrisome aspect of the draft bill is the ‘consent’ clause. The bill proposes that for a child between 16 and 18, it is necessary to first consider whether the child consented to the sexual act before the law can be applied. You have described this clause as ‘almost legalising child sexual abuse by legally discriminating against our children…’

A My detailed response to the Standing Committee in the Rajya Sabha on this bizarre clause in the bill states 17 implications of this shocking inclusion. It [reflects] complete contempt for the actual stakeholders in such cases—the parents, principals, other educationists, future-parents and teens between 16 and 18 themselves. How can the State talk of consent from children without first taking the consent [to do so] of stakeholders? And let us be very clear here, ‘consent’ implies ‘informed consent’. Which means that if the State wants to wash its legal hands of—forever, because that is what the bill will do if it becomes law—a swathe of its citizens in the 16-to-18 age band, it needs to first start a discussion in the public domain. Then it needs to be responsive to that discussion by [highlighting] all the pros and cons. Meanwhile, a law is urgently required. So this clause must be deleted from this bill and debated in public for later inclusion if the stakeholders decide in its favour, with the State having formulated a comprehensive response-monitoring mechanism.

Q Does the bill define sexual offences comprehensively enough? Are there specific areas where its scope needs to be expanded so that children are protected under all circumstances?

A I have sent nine very detailed points on where the bill lacks comprehensiveness. I have emphasised that these nine issues need equal attention, so that the law, whenever it comes into effect, does not become a graveyard of good intentions. For example, the disturbingly arrogant assumption that adult actions [even if within their ‘sexual rights’] in a home or public space don’t have direct and distorting effects on children. Take this recent case from Kerala—who should be held responsible? A ten-year-old boy has been arrested for killing a kindergarten girl while trying to rape her. He apparently told the police that he often watched his father’s blue movie collection.

Q How does the draft bill fare on protecting children from being used for pornographic purposes?

A I have to confess an additional area of concern on this. I intend voicing the concern, along with the solution, to the Standing Committee in the Rajya Sabha should I be invited to make an oral deposition. It is quite troubling, the effect on our children of the current winds of neo-liberalism. Vested interests with single-point agendas keep talking about ‘sexual rights’. They forget the fact that with rights come responsibilities. Pornography is currently being viewed by some along the adult axis of ‘why not?’, which is neither holistic nor long-term thinking because children are at direct risk when it comes to pornography, be it as those acted upon or made to act.

Q You have suggested the setting up of a website where details of first-time offenders are put up. Why?

A It may sound daunting, but it’s very doable. I spoke to several senior police officers about the idea, and they liked it too. International studies indicate that rarely does a perpetrator abuse only one child. To ensure that such perverts are not hired by schools, colleges, hospitals and other places where children are found in large numbers, or not given places on lease in buildings which also house many children, such a website becomes crucial as a public service.

Q In India, reporting child sex abuse is complicated by cultural inhibitions when it comes to discussing sex even with close members of the family. What are your suggestions to the Government on the prevention of child sexual abuse?

A When it comes to child sexual abuse, prevention is most certainly the best form of cure. Be it at home or in its environs (where 50 per cent of abuse takes place), where parents, elders and schools have to step in to ensure their child’s safety, or be it outside (where

the other half takes place), where the State and its entire machinery has to step up to protect the child. Given the stealth with which the perpetrator succeeds, the State’s responsibilities necessarily need to be multi-disciplinary. The making of good laws that can act as a deterrent, the keeping of such laws strong by ensuring speedy delivery of justice, and the setting up of a website listing first-time offenders can all play their part in the prevention of such crimes against children.

Also, the Human Resource Development Ministry must formulate modules on ‘sex education’—the nomenclature does not matter, the content does—from primary to secondary and senior secondary classes in school and beyond. This graded, incremental information should be disseminated to educational institutions. Each school and college can then apply it to their own cultural environment after due discussion and with the active collaboration of their Parent-Teacher Associations. Teachers can conduct one interactive class per year, starting from the primary level, going up to class 12.

The education modules would include child sexual abuse and expand age-appropriately to provide holistic information on the body. I must emphasise the word ‘holistic’ here. There are some examples of NGOs conducting ‘workshops’ in schools where the education on sex is skewed towards ‘finding your own sexuality’. Another was AIDS-driven, leading the principal to cancel future sessions with the remark, “We think and teach monogamy as a basic, existing culture. Surely, the personhood of each child cannot be reduced to a disease.”