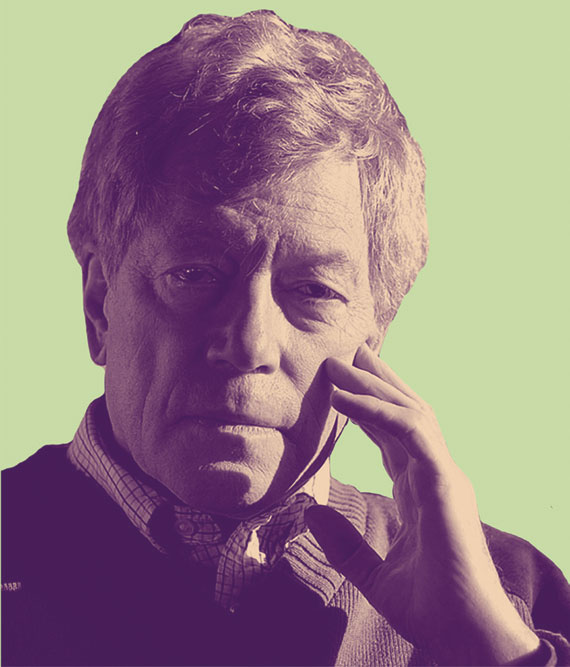 THERE IS A heroism in quiet dignity. Sir Roger Vernon Scruton, who passed away on January 12th, was not quiet. But it is the rare victim that survives institutionalised witch-hunts with their dignity intact. That may sound like a paradox since provocateurs don’t, as a rule, bother about dignity, least of all their own. Yet, take that away and not only would Scruton elude you but the world he cherished disintegrate. For, the world of the conservative is but a memory and conservatives wage a rearguard action. But every once in a while, a Sir Roger comes along. The author of more than 50 books, nowhere did Scruton make the worth of that world as clear as in the relatively minor England: An Elegy (2001), a modern-day bible for those who continue to believe there were great things in and about old Blighty, that persist in quiet corners still, and that ought to endure.

Scruton was not born into a conservative inheritance, mentally or materially. His father, John or ‘Jack’, was a teacher who didn’t keep too many books at home, who told his son off when he left for Cambridge, by not speaking to him again. The most important conservative British thinker of his times, therefore, became a conservative. And therein lay the twin truths of his status as the outsider. For an academic establishment in the grip of the left, Scruton was a pariah. For conservatives, he came in only to elevate philosophy to a meditation that rebuilt the bridge between thought and aesthetics.

Nicholas Wroe once profiled him for The Guardian—a part of the left establishment that Scruton would later accuse of doing everything to shut him up—admitting: ‘His books have been unmercifully slaughtered by reviewers and his pronouncements on society mocked. He is accused of being a grammar-school boy in thrall to the upper classes.’ One of the slaughterers, of course, was Terry Eagleton but few apart from him could match Scruton in intellectual and lexical sharpness.

One reason for the left’s anger, nurtured by a conspicuous condescension for the ‘grammar-school boy’, was merely the fact that he was a conservative at a time when conservatism had long ceased to be fashionable, if it ever was. But the sinister reason was what Scruton had taken the left to task for. Intolerance. And ‘group think’. His late work Fools, Frauds and Firebrands (2015) was scathing : ‘[By] a relentless campaign of intimidation, left-wing thinkers have sought to make it unacceptable to be on the right. As a rule they give no definition of what the ‘right’ consists in… Nevertheless, they are clear about one thing. Once identified as right-wing you are beyond the pale of argument; your views are irrelevant, your character discredited, your presence in the world a mistake. You are not an opponent to be argued with, but a disease to be shunned.’ Scruton, shunned by the academy, wrote in the ‘popular’ domain. But in analysing the hold of leftist ideologues on intellectual discourse, he had made his point—if the humanities departments cannot look beyond the left in what they teach, it is because of the self-serving, false argument that there are no ‘respectable’ positions that are not on the left. That stranglehold and argument constitute a vicious cycle, perpetuating each other. They got back at him, time and again.

Last year, George Eaton’s interview in The New Statesman and social media posts selectively quoted Scruton to make him appear a racist and Sinophobe. Scruton was sacked from his (unpaid) job with the government only to be re-instated (Boris Johnson was a defender) after the magazine publicly apologised. But those who knew what Scruton had done for them, at great personal risk, had the greatest regard for him. He had lent his support to the oppressed of communist East Europe, even smuggling, a la Philip Roth, works out for publication. In December, 2019, Hungary bestowed on him its highest honours. Václav Havel had given him the Medal of Merit after the fall of communism.

Scruton will remain most admired for his works on aesthetics, as someone who, once again, brought art, literature and music together and married them to philosophy. This may put him more in a continental than an Anglophone school. Yet, the polemical Thinkers on the New Left (1985) and the ‘primer’ Conservatism: An Invitation to the Great Tradition (2017) should be essential reading.

In The Telegraph, Douglas Murray recalled: ‘One afternoon in 1985 an English philosopher could be found wandering the drizzly grounds of Glasgow University. As the editor of the Salisbury Review and author of notorious books and articles, Roger Scruton had been publicly identified as a conservative. As a result, student groups had protested his appearance and “no-platformed” him. So while the student society who had invited him scrambled for another venue… Scruton watched a parade of the university’s authorities pass by in their pomp, off to bestow an honorary degree on Robert Mugabe.’ Touché.