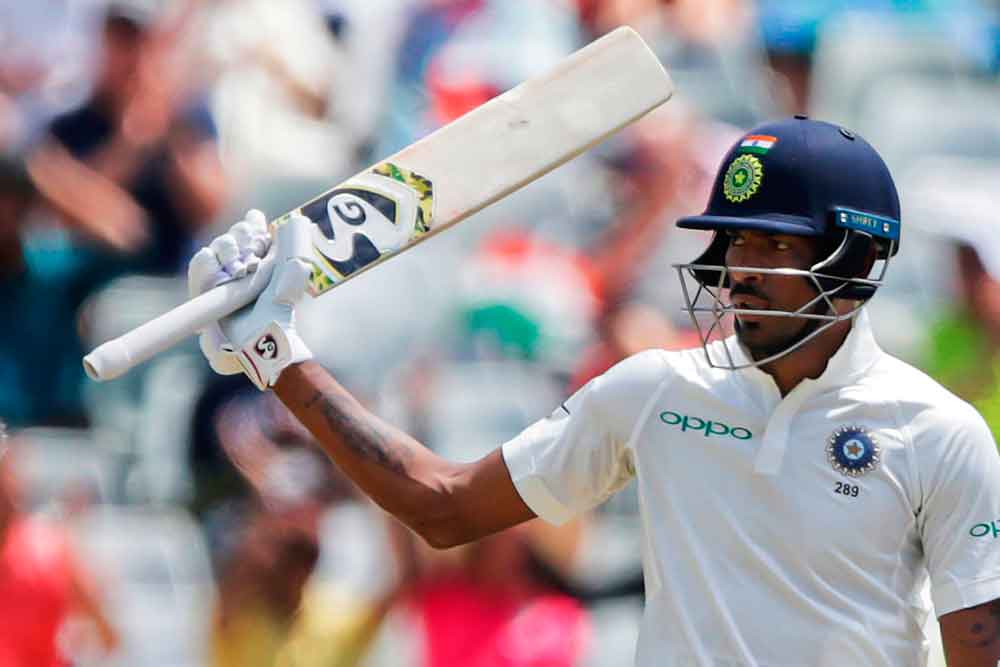 Hardik Pandya walked in to bat, one ball after lunch. Off that first ball following the long food break on Day Two of the Cape Town Test, Cheteshwar Pujara had perished. All through the intriguing morning session, Pujara had done what none of his top-order colleagues could the previous evening – resist the fall of his wicket. In putting up this resistance against the extraordinary South African pace attack, Pujara didn’t play too many shots, which of course resulted in him not scoring too many runs either. But stand he did. And by the time he fell, seconds after resumption of play in the post-lunch session, India’s first innings scorecard made for a shambolic read; half the side dismissed for 76 runs. Pujara, in fact, had scored 26 of those total runs. He was, at this point, India’s top scorer. By a distance. Post-lunch now resembled the post-apocalyptic.

It was into this bleak situation that Pandya entered the field to have a bat. In the three Tests that he had played before this in his career, Pandya had earned a ferocious reputation for his ability to take the attack to the opposition. But all those Tests were played in Sri Lanka, on flat and dry batting wickets. This Newlands pitch too was losing its spice, but make no mistake, it wasn’t yet a batting wicket. Far from it. Also, Pandya had never played in South Africa before, in any class or form of the game. Here he was then, on the verge of facing his first ball in a new country, on a difficult pitch and against South Africa’s quartet of quicks.

The moment had all the ingredients for a grim, survival novel. This protagonist, however, nearly died on the first page. For on Ball One, Pandya edged Vernon Philander towards the slip cordon. Had there been a third slip, Pandya would have been dismissed for a golden duck. But he earned four inauspicious runs instead. And then next over he was dismissed, according to the umpire at least, who raised his finger as Dale Steyn went up in appeal for a caught behind. Pandya, though, was the only man on the field who was certain he hadn’t edged it and reviewed the decision successfully, surviving, it seemed, only to face a fresh round of genuine hostility.

That hostility, incredibly, came from Pandya’s bat. This, if you must know, immediately after he was dropped on 15 and more importantly, after two more Indians – R Ashwin and Wriddhiman Saha – were dismissed across as many overs, leaving India’s score on a tragic 92/7. Seven batsmen had taken exactly 250 balls spread over two days to score 92 runs. Pandya would end up scoring one run more than that existing total. In just 95 balls. In less than two hours. Few, in the history of Indian Test cricket, have responded to an adverse situation better. The counterattack began against Philander, a man who had bowled six overs in the first session and conceded a total of 1 run. First ball after Saha’s dismissal, Pandya leaned into a Philander delivery that was seaming away from him and tonked it over mid-on’s head for four. Philander scratched his chin and looked surprised. Then, two balls later, he looked annoyed when Pandya slashed away his short-of-a-length ball over point for four more. Philander went wide of off stump to stop the sudden bleeding but bleed he did as Pandya flicked it through midwicket for another boundary.

On the first day of this Test series, AB de Villiers had employed a similar strategy, targeting the pick of India’s bowlers, Bhuvneshwar Kumar, to flag off his intent. In de Villiers’s case, though, Bhuvneshwar was the only real threat. Pandya, on the other hand, still had the likes of Morne Morkel, Kagiso Rabada and Steyn to contend with. Morkel – the bowler who dismissed Virat Kohli with his maiden delivery of this Test on Friday — was singled out first. Ten runs of his over brought Pandya to the brink of his fifty, which he brought up with another four (thwacked over mid-off like a tennis forehand) a Morkel over later.

The most exotic shot of Pandya’s innings came off Rabada, when he ramped a bouncer over the ‘keeper’s head for a boundary. The fielder who fetched the ball ended up being stationed there for the rest of Pandya’s innings — by the ropes and directly behind the cordon, a most unusual fielding position in Test cricket. But this was an unusual innings and the Proteas now decided to pepper him with short-pitched stuff, almost exclusively. Some Pandya connected (such as the inside-out swat off Morkel to get into the 90s), some he didn’t and off one he was dismissed, caught behind while trying to ramp Rabada once again. He had scored 93 runs; the rest of India 102. It was an innings that will go down as one of the greatest individual ripostes the modern game has seen.

Pandya’s batting stint was done but his starring role in keeping India in the game wasn’t. South Africa’s openers, Aiden Markram and Dean Elgar, ballooned their first innings lead of 77 to 129 in quick time, with an opening stand of 52 in 15 overs. When play for the day ended five overs later, Pandya, the fourth of India’s four fast bowlers, had dismissed both of them. 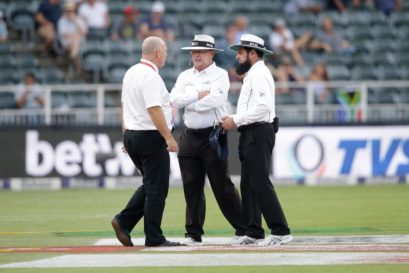