City Versus City No More 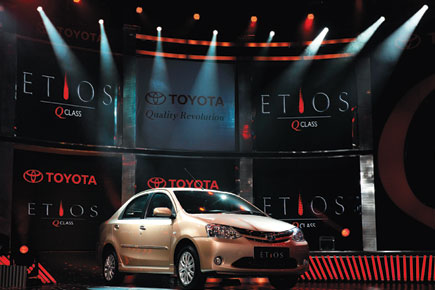 
Even before its most recent upgrade in late 2008, the sporty Honda City led India’s compact sedan segment. First launched in 1998, the City has undergone several makeovers. By the time its latest ‘arrowshot’ design bagged Business Standard Motoring’s ‘Car of the Year’ award in 2009, it was being advertised grandly as a car that competes only with itself. “The Honda City has a great blend of everything: looks, mileage and technical specifications. This is why it’s the leader in its market segment,” says Mehran Zaidi of AutoCar India.

Compact sedans in India tend to yield better profit margins than subcompacts. This has inspired a fresh batch of contenders for City’s lead. The Volkswagen Vento and Toyota Etios, both recently released, are aiming to vroom past the City in unit sales.

Zaidi feels that both cars stand a chance, but he is more bullish on the Etios. The Etios and Vento are both priced much lower than the City, with the Etios starting at Rs 4.96 lakh, and the Vento starting at Rs 6.99 lakh. The City, by contrast, starts at Rs 8.15 lakh.

So far, Zaidi’s instincts seem accurate. He says that Toyota received around 7,000 orders for the Etios in its first week, a worrying statistic for Honda.
Looks matter in India. In this respect, the Etios and Vento score well. “The Vento has a more international look,” says Rohin Nagrani, senior road test editor, BS Motoring. “It is more in keeping with the look of new cars in Europe. The Etios, on the other hand, is more functional. The addition of chrome to the design makes it look better.”

Still, there’s more to winning than an attractive package. “The Indian market is about looks, of course, but first and foremost, people look at mileage,” Zaidi says. “There are a few cars out there like the [Hyundai] i10 and [Maruti Suzuki Swift] Dzire, which don’t look all that good, but still sell a lot.”

For buyers with a couple of extra lakh to spend, the edge goes to Vento, a fuller-sized sedan. “The Vento compares well against the Honda City on mileage, and it is much cheaper, so it’s a major contender for the top spot,” according to Zaidi.

By the sound of it, the City’s self-rivalry claim could soon be put to its severest test yet. There are cheaper alternatives with good looks and fuel efficiency, the sedan segment’s two most wanted attributes—while the City seems to have no tricks up its sleeve.