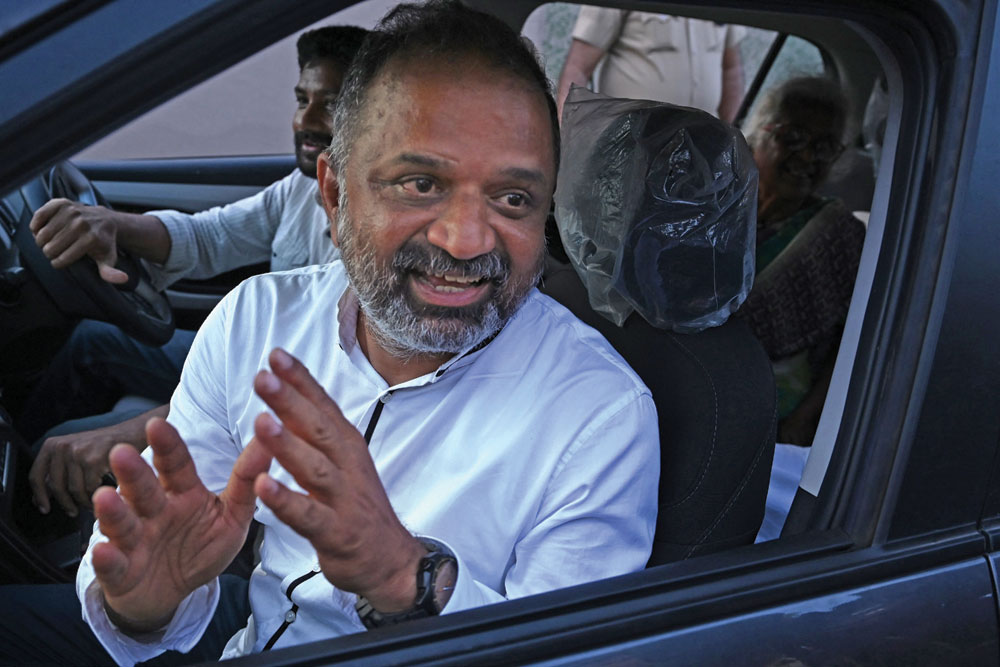 
AMONG ALL THOSE who had been convicted for the assassination of former Prime Minister Rajiv Gandhi, AG Perarivalan’s case was the problematic one. While there was much evidence for the rest, the case against him rested on one piece of information—that he had given a small battery to Sivarasan, a key member of the team of assassins dis•patched by Liberation Tigers of Tamil Eelam (LTTE) chief V Prabhakaran. Perarivalan would repeatedly say during the 31 years he was in jail that giving a battery shouldn’t equate to him knowing about the plot. He had been just 19 when he was arrested. He endured solitary confinement for years and then, still later, was sentenced to death with even a date set for the hanging. That he has been released now by the Supreme Court marks an unusual closure to an episode that perhaps should have come earlier.

In an earlier interview to Open, Perarivalan had said that he “used to record and edit television news bulletins of important incidents, using an instrument called ‘character generator’.” He had a stock of batteries to power it. When Sivarasan asked him for one, he had given it. The stand of the Central Bureau of Investigation (CBI) probing the case was that he recorded these bulletins for the LTTE. The organisation was however not banned until after the assassination, and there was no reason for him to not associate with it. Perarivalan believed the real reason he came under suspicion was because of his education—he had a diploma in engineering. They deduced that he must therefore be the person who made the bomb that killed Gandhi. But he saw them submitting no proof of that. Instead, he alleged, what they did was torture him into a confession. And because he was charged under the draconian and now withdrawn Terrorist and Disruptive Activities (Prevention) Act (TADA), a confession, which generally wouldn’t be enough for a conviction, decided his fate.

What led to his release was the tireless effort of his mother Arputham Amma, who almost singlehandedly kept pushing for his case until public opinion, at least in Tamil Nadu, began to tip in his favour and the state government decided on the release. Despite constant objections from the Centre, the death sentence was first brought down to life imprisonment, and then the remission happened. But, despite the state government’s order, the governor vacillated. It was only after Perarivalan’s plea reached the Supreme Court regarding the governor’s refusal to comply that they decided to free him.

When Open had spoken to Arputham Amma in 2011, she revealed how her life had changed after her son’s arrest: “Till the day we handed over Arivu (Perarivalan’s nickname) to the police, I was just like any other ordinary woman bound to her family. I was at home most of the time. I cooked food for my husband and children. I never went out alone and was always accompanied by my husband. Everything changed with his arrest. I started travelling for assistance. I hardly stayed at home. Most of the time, I was travelling to Chennai to meet lawyers…Everything became familiar to me—courts, police stations, jail, everything.” After he came out, in his first interaction with the media, Perarivalan spoke of his mother’s struggle. The News Minute reported: “Tamils across the world stood in solidarity with me. They thought of me as their own family. My mother is responsible for the kind of support I have received. She fought for me for 30 years, despite all the humiliations and obstacles, particularly during the early years of my incarceration.”

There is no imprimatur of innocence that comes with his freedom. He still remains, in the eyes of the law, someone convicted for being party to the assassination. But 30 years was still thought to be enough punishment. As the Supreme Court’s order noted: “Taking into account the appellant’s prolonged period of incarceration, his satisfactory conduct in jail as well as during parole, chronic ailments from his medical records, his educational qualifications acquired during incarceration, and the pendency of his petition under Article 161 for two and a half years after the recommendation of the State Cabinet, we do not consider it fit to remand the matter for the Governor’s consideration. In exercise of our power under Article 142 of the Constitution, we direct that the Appellant is deemed to have served the sentence in connection with Crime No. 329 of 1991.”