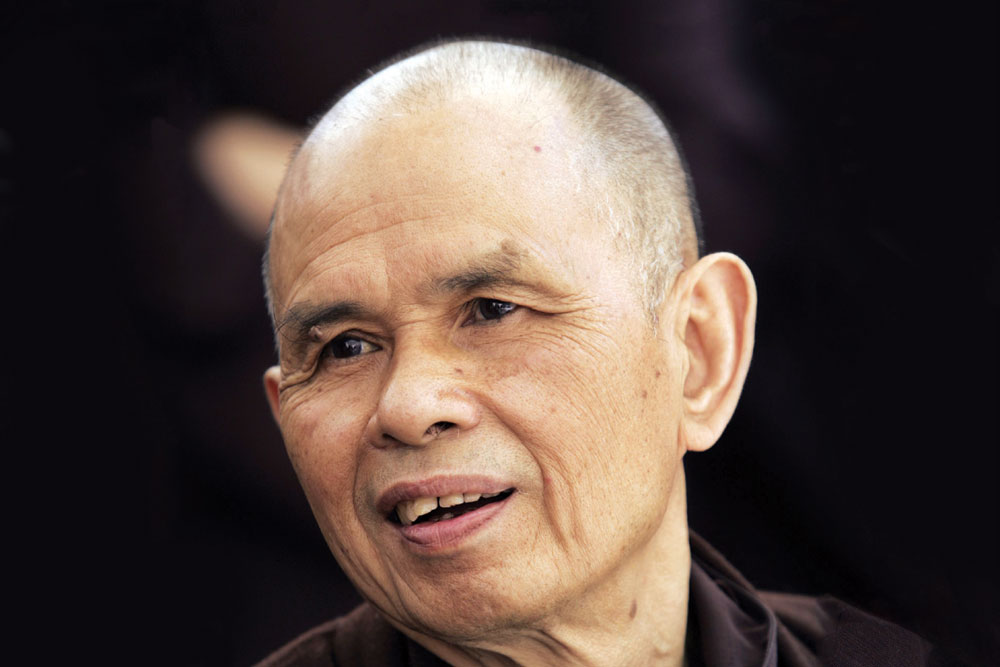 
THE VIETNAMESE MONK Thich Nhat Hanh had been waiting for death for several years. It finally arrived a few days ago. A few years after he had suffered a major stroke that had all but incapacitated him in 2014, turning him frail and capable of communicating only through gestures, he returned to Vietnam, a country he had been barred from for nearly four decades, to the monastery where he had first become a novice monk, to wait out his final days.

Like other practising Buddhists, Nhat Hanh didn’t hold much truck with death. To him, like birth, it was simply a notion. “The Buddha taught that there is no birth; there is no death; there is no coming; there is no going; there is no same; there is no different; there is no permanent self; there is no annihilation. We only think there is,” he wrote in the book No Death, No Fear. Death was simply a small part of a larger concept of existence with its cycle of births and deaths. Death, or rather the fear of death, he said, simply came in the way of life and the appreciation of it.
Nhat Hanh’s own life was filled with rich incidents and meaning, from his roots as a simple monk in Vietnam to one whose teachings against war and in favour of compassion, mindfulness and what he called “engaged Buddhism” made him a spiritual superstar, with followers ranging from world leaders, tech billionaires, and commoners.

Born Nguyen Xuan Bao in 1926, he took upon the dharma name Thich Nhat Hanh after his ordination. He was among the first monks in Vietnam to study a secular subject (Science at Saigon University), and also, as the website of Plum Village, his organisation of monasteries, mentions, among the first monks to ride a bicycle. He was briefly in the US, studying Comparative Religion at Princeton Theological Seminary and then teaching and researching Buddhism at Columbia University, before returning to his home country.

When war arrived in Vietnam, Buddhist monks and nuns were confronted with the question of how they should respond to it. Should they continue to pursue a contemplative and sequestered life in monasteries, meditating on the idea of existence and suffering, or was it incumbent upon them to step out and engage with the reality unfolding outside their monasteries? Nhat Hanh chose to do both, laying the foundation for what came to be known as the idea of “engaged Buddhism.” Buddhism this way did not just advocate the ideal of detachment, but also the application of its principles to political and social reform.

Nhat Hanh helped rebuild bombed villages, set up schools and medical centres, and reunited families left homeless by the war. Later, he would help the Vietnamese refugees find safe harbour elsewhere in the world. He travelled through the US and elsewhere in the world, meeting presidents, religious figureheads, activists and leaders to advocate against the war. His anti-war activism and refusal to take sides didn’t make him popular among both North and South Vietnam regimes, and there were attacks, both on him and the commune he had established. When he went on a worldwide tour in 1966 to raise support against the war, he was barred from returning. He would be allowed to visit Vietnam again only in 2005.

His reputation however only kept growing. Even while he attracted a huge following of serious Buddhist practitioners once he set up a base in France and established monasteries around the world, he had an equally large following among those who sought spirituality without necessarily the trappings of religion. From the hippies who set his anti-war poems to songs to the burnt-out business executives of today who go to meditation retreats and use his mindfulness teachings to recharge themselves, there was something in Nhat Hanh for everyone.

In a world arguably more polarised than it has ever been, with religion as its most effective tool at division, Nhat Hanh provided an alternative. It was possible to use religion, he advocated, not just for our inner wellbeing and salvation, but also to expand it to become a tool for engagement with others, for peace, compassion and reform.