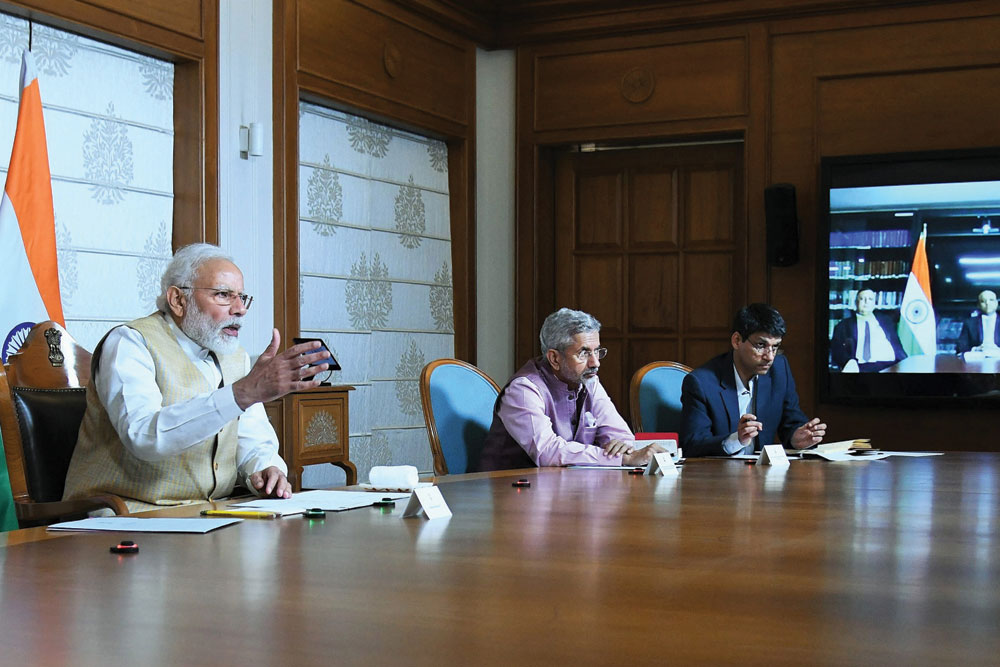 
ONE OF THE most endearing political messages of recent times was delivered by the Prime Minister of Dominica, Roosevelt Skerrit, on receiving a shipment of Covid-19 vaccines from India. In a widely shared message, he said that he did not expect a quick response from India to his country’s request. More importantly, Skerrit said the gesture “recognised the quality of our people.”

It was a message that India could understand and appreciate. For many decades after Independence, India was considered ‘less than equal’ in a world where size and economic heft meant everything. It still does, but in the last year India has taken some more steps to change that.

When the pandemic hit India in February last year, it had little of the medical manufacturing infrastructure necessary to cope with the scale of the challenge. It is a well-known story how, in a matter of months, India rigged up a system to manufacture basic medical gear like personal protective equipment (PPE) kits and, in due course, equipment like ventilators. It was also a time when countries—led by China—were busy cornering medical supplies and re-engineering supply chains to their own jurisdictions. India, too, did that but with a difference that became clear a year later.

In May last year, during a speech that sounded the start of the Atmanirbhar Bharat campaign, Prime Minister Narendra Modi said: “The state of the world today teaches us that an Atmanirbhar Bharat is the only path. It is said in our scriptures—Eshah Panthah—that is, self-sufficient India.” In later commentary, this was interpreted as a trend of inward-looking economic choices that had come to characterise India in recent years. But what was ignored in such commentary was the part of the speech wherein Modi said: “India does not advocate self-centric arrangements when it comes to self-reliance. India’s self-reliance is ingrained in the happiness, cooperation and peace of the world.”

The full import of that message is only becoming evident now. A year later, India is at the forefront of distributing Covid-19 vaccines, a global public good in contemporary times, to the world. By February 23rd, India had shipped 33.59 million doses of vaccines across the world. Of this, roughly half was sent to India’s extended neighbourhood (about 16.3 million doses) and the rest to countries as distant as Argentina and El Salvador. About 0.67 million doses were given as grants. Critics were quick to point out that India was making a ‘diplomatic killing’, but they ignored the fact that when vaccines became available some months ago, countries were engaged in ‘vaccine nationalism’ to begin with. Only when they had acquired sufficient amounts for their domestic consumption were these vaccines made available to other countries. In contrast, much before the first Indian had been inoculated, the Government had promised that it would share vaccines, whenever they became available, with the world. It is a promise that India has lived up to.


By February 23rd, India had shipped 33.59 million doses of vaccines. About half was sent to neighbours and the rest to countries as distant as El Salvador. About 0.67 million doses were given as grants

India has always provided help and cooperated with other countries but it was limited by what was feasible. India has never been an inward-looking nation in this respect. But the terms of its engagement are changing. Fears have been expressed that a rising tide of nationalism will turn India into a ‘difficult’ country. But as its vaccine diplomacy shows, this is hardly the case. At the same time, the challenges India confronts are increasingly difficult. On the one hand, an aggressive and war-like China wants to nibble away at India’s borders and in handling China, India has to—by definition—act alone. On the other hand, help is available in the form of diplomatic support from its friends but it comes at the cost of India conforming to Western standards of ‘good behaviour’—and these include limiting nationalism to ‘manageable proportions’. These are at odds with each other and nationalism as a political preference is not something that can be switched on and off at will by a prime minister, however powerful he may be. But what is clear is that India’s foreign policymaking is getting entangled in its defence policies and internal politics, something it has avoided for a long time.

Trying to reach out to the world, India has not abandoned the traditional tasks of preserving and furthering its national interests. The last one year has shown the ever closer links between its defence and foreign policies. Last June, when Indian soldiers confronted Chinese troops who refused to withdraw after agreeing to do so, the encounter led to 20 Indian soldiers getting killed. It was a rude shock of a kind the country had not felt in a while. The last time a soldier was killed in a face-off with China was decades earlier. That was also a tricky time.

With China, India always hedged its bets. In terms of ideas and outlook, the country is much closer to the West but this affinity was never allowed to develop into a closer military relationship. Chinese sensitivities were always kept in mind. On top of that, there is a vocal lobby of diplomats, academics and think-tank analysts who have always made a case for better relations with China, even if the returns on keeping Chinese concerns on board were non-existent. The death of 20 soldiers at Galwan led to the Modi Government discarding such hedging. India’s approach to the Quad, where it was always considered the most hesitant partner, changed. India was no longer shy of adding military teeth to the grouping, something it had resisted right from the Quad’s formation.

Things changed for the better after India occupied positions on the Kailash Range in late August last year. As subsequent events showed, this step was clearly meant to obtain the necessary bargaining chip when the time came to ask the Chinese to leave. This happened in late January-early February, after the ninth round of commander-level talks between the two countries. Finally, after nearly 10 months of attempting to change the ground situation, China has left India alone, for the moment.

The complications for India, however, will continue. It is not as if, with China resting for the moment, the danger has passed. Chinese calculations in eastern Ladakh were always opaque. Speculation about these motives has centred on India building infrastructure in ‘contested areas’ and New Delhi being a ‘lost cause’ for Beijing since the former is already in the Western camp. Whatever be the reality of these claims, it is clear that India cannot go back to respecting Chinese ‘sensitivities’ again. If the alleged risk before the events of last summer was that India would end up offending China if it went beyond a point in military relations with Western countries, the hedging argument now works in the other direction: India can no longer afford not to build a partnership with Western countries.

ALIGNING WITH WESTERN nations, however, is not a costless exercise. Till a decade or so earlier, national interests were calculated on a realistic basis. It was trade, economic advantage and what they could get from each other that determined how they behaved with each other. But that was then; the world is a much more complicated place now. Interests matter but increasingly these are coated in ideological gloss. Countries that are not ‘democracies’, or are perceived not to be democracies, often have to face pressure from global civil society and influential actors in host countries that determine their bilateral ties. India is alleged to be ‘backsliding’ as a democracy by influential voices in the West. This threatens to embroil what are purely domestic political matters in India’s relations with other countries, especially those in the West. As of now, it is only a threat. But it is something India has to watch.

On February 18th, Australia’s Prime Minister Scott Morrison called Modi and discussed, among other things, a law for equitable sharing of revenues between technology giants like Google, Facebook and legacy media companies in Australia. Morrison tweeted: ‘Great to talk to my good friend PM @narendramodi again. As Comprehensive Strategic Partners, we can work together on common challenges incl #COVID19, the circular economy & an open, secure and prosperous Indo-Pacific. We also discussed progress of our media platform bill.’

The last line of Morrison’s tweet was more than a subtle hint about an issue that caused a storm in Australia. Facebook’s response to the News Media and Digital Platforms Mandatory Bargaining Code Bill 2020 was to shut down pages of Australian media and government entities. Ultimately, some of these pages were restored and the two sides began renegotiating on the matter. This may sound like a problem that is internal to Australia. But increasingly, social media platforms have the power to influence the politics of countries and that pits them against these giants. The problem is especially acute for countries like India where a toxic blend of activism fuelled by social media often threatens to unleash unrest. The events of January 26th in New Delhi were powered in no small measure by inflammatory social media posts that are now the subject of an extensive law enforcement investigation. The response of Twitter to the Union Government’s request to suspend accounts posting inflammatory messages was lukewarm. It responded only after a vocal protest by the Government. India and Australia are facing similar problems even if they appear to be different.

When Modi spoke in Lok Sabha on February 10th, he hinted that the world order would see changes after the Covid pandemic. Modi sounded confident when he said that India could emerge as a leader in that changed world. But it is also a world in which the certainties of the past decades have disappeared. India cannot become an isolated and self-contained country but it certainly has to become self-reliant, from vaccines to defence manufacturing. The events of the last year show that it is already taking steps in that direction. 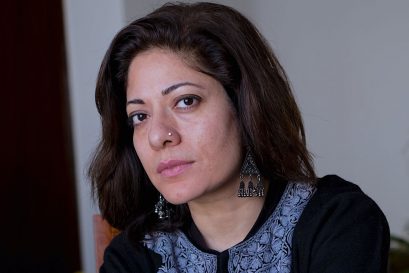 The Freedom of Being a Covid Prisoner

For many, the lockdown of 2020 was a time of liberation, when they discovered their true selves in the midst of solitude 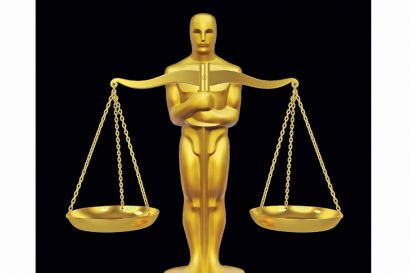 Will it all be so correct at the Academy Awards this year? 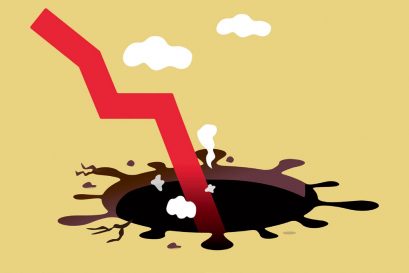 What about the States?

In the second wave, the government does not have the option of limiting mobility