The Spell of a Narcissist

Is the NSE scandal a case of blind faith or a collective conspiracy? 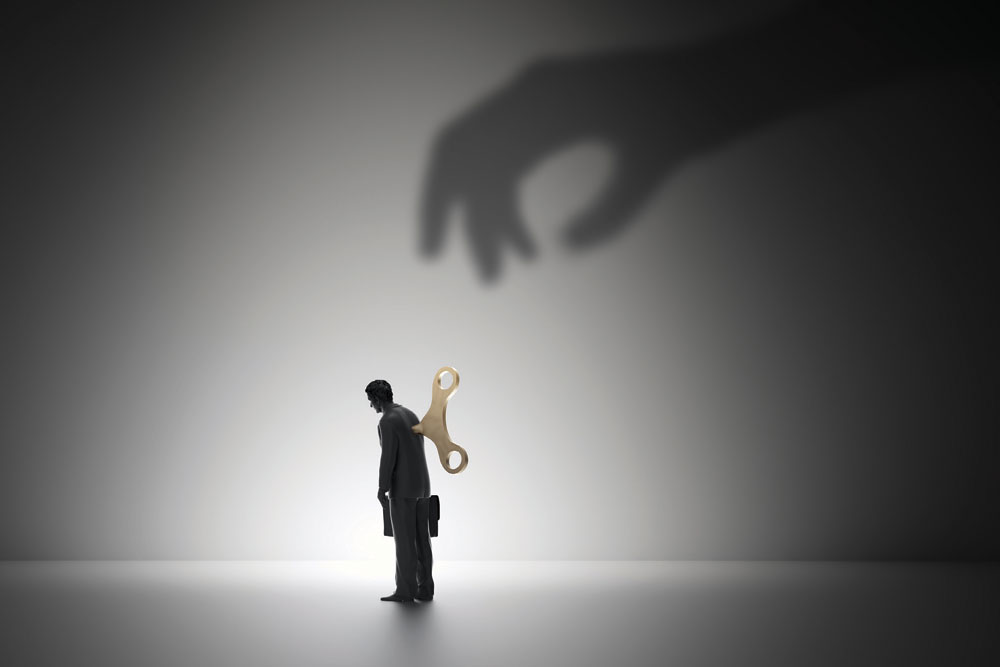 
When Richard Alpert left Harvard University for the Himalayas, he was looking for a guru who could teach him the ancient secrets of attaining self-realisation. Steve Jobs, too, had left for India to look for the guru, Neem Karoli Baba. But unlike Jobs, Alpert found him, became his disciple and decided to share that ancient secret he learnt with the world and changed his name to Baba Ram Dass.

Himalayan yogis influencing Harvard professors and global CEOs are not a new phenomenon. Now, closer home, we have a former CEO who claims that she was carrying out important organisational decisions by consulting a Himalayan yogi. This got my attention because, in 2016, my firm had done a leadership assessment centre for the senior leaders of the National Stock Exchange (NSE) and I had the opportunity to meet her a couple of times. My impression of Chitra Ramkrishna then can be summed up as a mix of the following adjectives: sharp, elegant, soft-spoken, confident and strong.

Can highly educated, smart and rational people blindly follow or obey a guru or a yogi? Enough incidents in the past say yes. The Beatles came to India to meet Mahesh Yogi who promised them that he could teach them how to levitate. Remember TN Seshan, the brilliant Chief Election Commissioner, who tried to bring some order to the running of elections in our country? He wore a ring embedded with stones which was given to him by Sri Sathya Sai Baba who, reportedly, had produced “it from thin air”. So, CEOs and senior leaders, like many other Indians, despite all their commitment to corporate governance rules, could have blind faith in an ideology or a person that might have no rational meaning.

But there is a difference in this case. Those yogis I mentioned—Neem Karoli Baba, Mahesh Yogi, Sai Baba—were all guiding millions of people, offering them solace. But Ramkrishna seemed to have a personal yogi just for herself and Anand Subramanian, her colleague. And this yogi likes vacations on exotic beaches where he can probably mix work and pleasure. He understands the complex workings of financial institutions and the government and wants his identity to remain a secret. Other yogis did not mind a bit of spotlight falling on them. The yogi who writes an email like “Kanchan will evaluate as per MY will. Don’t worry the straw knows when to be a capillary and when NOT to. Kanchan is the straw and I will be the suction force for this” could also be a narcissist. Narcissists are known to use a sense of self-confidence and assurance to portray a personality that is attractive to a confident, successful woman. Ramkrishna was confident and successful.


Whatever may be the truth behind why Chitra Ramkrishna did what she did, this is a clear case of leadership failure. Rather, of a leader failing an organisation

CEOs and senior leaders are as vulnerable as all of us to have their blind spots, psychological disorders, temptations, fears and insecurities. “Show me a sane man, I will cure him for you,” renowned psychologist Carl Jung had said. Again, while Seshan’s professional actions were aimed at cleaning up the election management system, Ramkrishna’s actions possibly show how corrupt the system is.

To me, whatever may be the truth behind why Chitra Ramkrishna did what she did, this is a clear case of leadership failure. Rather, of a leader failing an organisation. In the recent past, many leaders like the Theranos CEO, the erstwhile CEOs of Uber, WeWork, and the COO of Facebook have faced serious allegations against their conduct. This is extremely worrisome as the decisions senior leaders take in large organisations have a huge impact on their customers, employees and even countries.

While organisations and boards invest money in developing talent, enabling us to conduct leadership assessment of NSE leaders, CEOs usually do not undergo any developmental journey. And most leadership development initiatives anyway do not focus on ‘being a leader’ but instead focus on a set of skills or a body of knowledge. So, even if CEOs go through a developmental intervention, it may not address the real inner complex landscape of their minds.

“All senior leaders of Uber should go through leadership training and coaching,” says the report by former US Attorney General Eric H Holder Jr, hired by Uber to address mounting criticism of the company amid a wave of workplace scandals a few years ago. This means, many boards do realise the importance of supporting a CEO from a psychological and leadership perspective. But in India, a CEO can always say that I already have a coach, an invisible Himalayan yogi who guides me and tells me what to do including how to plait my hair. Then there is no point in trying to provide a certified, professional coach. Because a coach never tells or advises but helps the leader discover why they do what they do.

In fact, providing a coach might not always work if the CEOs are not keen or unprepared to examine their inner world, their fears and hopes. There are cases where boards and CEOs understand the importance of supporting a CEO. “The advice that sticks out is the one I got from John Doerr (who was on the board of Google) who in 2001 said, my advice to you is to have a coach,” said Eric Schmidt who was CEO and chairman of Google. I am currently a coach to the CEO of a large Indian financial sector firm and the board was involved in hiring me. So, in some cases, a developmental journey for the CEO would work.

What else can an organisation do to make sure that no single leader can consciously or unconsciously harm it? An organisation must build shared leadership across it, not just one supreme commander but many leaders who collectively take decisions. Has NSE created other leaders who are now heading senior positions in other organisations? When an organisation is centred on one single individual, others do not get visibility within and outside the organisation, thus failing to create a proper succession plan. One of the primary responsibilities of the CEO and the board is to create a proper succession plan and this is a true test of leadership. And clearly, NSE and Ramkrishna failed in doing this.