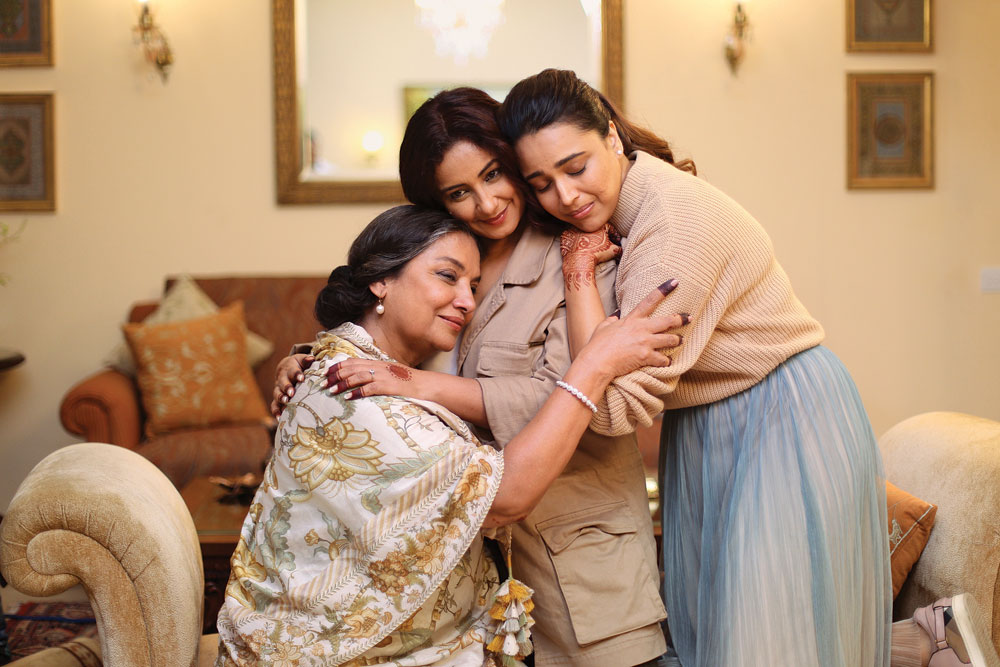 A scene from Sheer Qorma


IN AN ARRESTING scene in Amazon Prime Video’s anthology, Modern Love Mumbai, the two lovers are in bed, and Ranveer is stroking Manzu’s hair. Both are talk­ing about how their families reacted to their coming out. It’s a quiet moment, there is no drama, no screaming. In another scene in the recent movie Badhaai Do, two lovers, both women, are dancing with each other at a party. There is an exchange of glances, knowing smiles and slow touching of hands, while a romantic song plays in the background. And in Netflix’s The Fame Game, when the oily nightclub owner tries to intimidate the queer police officer with knowledge of her domestic arrangements, she acknowledges it as a fact, not an aber­ration. “I wanted to normalise Shobha, from everything I’ve seen and heard around me. Yes, she has a child, she has a partner, who happens to be a woman,” says Rajshri Deshpande, the actor who plays the role in The Fame Game.

So much has changed since Shiv Sena workers disrupted screenings of Deepa Mehta’s lesbian drama Fire in Mumbai and Delhi theatres in 1998, calling it an ‘assault on Indian values’. And yet so much has not. The Army recently refused to give clearance to filmmaker Onir to make We Are, in­spired by the life of Major J Suresh who quit the force in 2020 citing his sexual­ity. Many well-known filmmakers, designers and actors in Bollywood still refuse to acknowledge their sexuality in public. And few LGBTQ+ roles are played by actors from these communities. As a result much of the representation is still stuck in a time warp, though society has evolved with the decriminalisation of Section 377 of the Indian Penal Code and the Transgender Persons (Protection of Rights) Act, 2019 — which even if problematic according to activists — is progress.


Much of the representation is still either as a gay victim, like Professor Ramchandra Siras in Hansal Mehta’s Aligarh (2015) based on a real life case or as an out and proud gay lover, like Kartik in Shubh Mangal Zyada Saavdhan (2020), who takes it upon him­self to make his partner’s father accept them. In Onir’s path-finding I Am (2010), in the segment called Omar, Rahul Bose plays a gay man who is humiliated by a police officer when he is caught in an intimate position with a guy played by Arjun Mathur. Nine years later, the same actor, Arjun Mathur, plays a gay man caught kissing another man in his car and is accused of “laundebaazi” by the police in season one of Amazon Prime Video’s Made in Heaven (2019).

“Hardly anything has changed,” says Onir, “in many ways, we have actually become more regressive.” He cites his own struggle to showcase his LGBTQ+ films on OTT platforms, which usually say they are too dark or not “entertain­ing enough’’. He believes the audience in India still finds it more palatable to be served such themes in light com­edies. So while the comedies are no longer as broad as Tarun Mansukhani’s Dostana (2008), where Abhishek Bachchan and John Abraham played their fake re­lationship for laughs, audiences still prefer to be given progres­sive messages in social dramas such as Kapoor & Sons (2016) and Ek Ladki Ko Dekha Toh Aisa Laga (2019).

Queer filmmakers don’t see anything funny about it. Faraz Arif Ansari, who has made the highly rated Sheer Qorma, which premiered at the well-attended Kashish Film Festival in Mumbai recently, identifies as queer and does not watch films on queer narratives that are made by filmmak­ers who do not identify as queer. “Most of them end up being very tokenistic, coming from a place of limited research and not lived experiences and hence, feel inauthentic, especially when it comes to the intimacies and portrayal of queerness. Although there have been a few films in the mainstream with queer narratives, none of them is able to open a larger dialogue with the masses because of their inauthenticity,” he says.

It is now quantity over quality. There has been an increased visibility of queer characters but not everyone is sure that it is good representation. For instance, in Chandigarh Kare Aashiqui (2021), there was much debate about Vaani Kapoor playing the transgender character. Director Abhishek Kapoor justified it saying it was at least “baby steps” and the representation itself was empathetic. Without commenting on it directly, Ansari believes queer film­makers should make films about queer narratives. He adds: “There is a reason why it works.”

Most of our cinema is made of mis­representation when it comes to casting. We have had male actors in their 40s play 20-year-old college students and nobody bats an eyelid. But now, everyone is accountable. “The world has opened up. The world is watching. It is imperative for us to cast accordingly. There are many nuances that only and only a transgen­der person can bring to a transgender character,” Ansari adds.

That is precisely what Deshpande is trying to change by training some members of the trans community on how to face the camera. She has made some progress. Vicky Shinde, for instance, who identifies as trans, has bagged the role of a “side villain” in a web series titled Inspector Avinash starring Randeep Hooda. Shinde says the training is helping him in audition­ing for more such parts. In his new film, Pine Cone, Onir has cast a gay actor, Vidur Sethi, to play the gay lead. He’s also cast a transwoman from Kerala and another actor who identifies as queer. “I would spend time and effort in workshops with LGBTQ+ actors to train them for the screen. It goes a long way in telling queer people that their dreams can be a reality, that being out and proud can be celebrated,” he says.

Coming out is a complicated thing. Deeply complex, highly emotional, potentially volatile. As filmmaker Mozez Singh says: “It can uproot your existence as you know it. So it’s not easy and I have compassion for those who haven’t been able to come out. Some of them are now in their old age, with a part of their lives wasted or hidden. Because coming out is also the most empowering thing ever. It can be like rocket fuel in your veins, allowing you to give yourself the permission to be ex­actly who you are and to live truthfully.”

When he co-produced Disney+Hotstar’s web series Human with Vipul Shah, the queer aspect to the story was empowering. “The LGBT+ experience is only a human experience, just like every other,” he says.

Both Singh and Ansari prioritise love above all. Says Ansari: “I feel that when one has lived a life of exclusion, one wants to stand up and fight for inclusion. Other than that, for me, personally, it has made me a very sensi­tive storyteller. I remember during the filming of Sheer Qorma, when Shabana Azmi saw the first shot that I said okay to, she told me, ‘You don’t have a male gaze, or a female gaze. You have a gaze of love. Jeete raho.’ I guess that was the big­gest compliment of my career so far.’’

That is the arc Azmi’s character follows in Sheer Qorma as well, when she goes from rejecting her daughter, sensitively portrayed by Divya Dutta, to accepting her sexuality. With movies such as Shubh Mangal Zyada Saavdhan and Badhaai Do making sexuality a part of the family conversation, there is also the increasing acceptance of diversity in sexuality. As Ansari, who created Sisak, India’s first silent LGBTQ love story in 2017, says: “I remember growing up in the 90s, I did not have any queer representation in films or television. Most of the queer represen­tation in mainstream cinema back in the 90s was deeply problematic and extremely regressive. Queerness was reduced to laughs.” 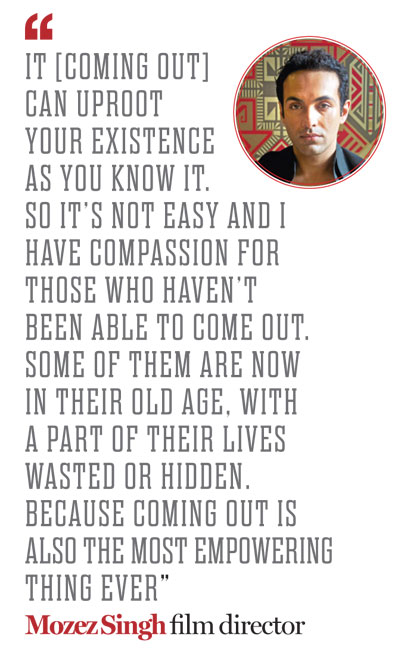 That is changing. By setting Badhaai Do in Dehradun, director Harshavard­han Kulkarni was able to capture the bottled up aspirations of many young people who feel stifled leading double lives. He wanted it to be authentic, down to fact-checking whether the town had ever seen a gay pride parade (it had). He also wanted to show queerness as a family, rather than an individual issue. “I wanted to show when queer people come out of the closet, the closet gets bigger. Not in needing validation from heterosexuals but in show­ing that such lives are pos­sible and can be imagined,” he says. Not surprisingly, someone called it the Taare Zameen Par of the LGBTQ+ community, he says, refer­ring to the 2007 Aamir Khan movie that put the spotlight on specially-abled children.

But even after the decriminalisation of Section 377, Onir says his community is expected to be forever grateful for its portrayal onscreen. “Why should we feel grateful for the baby steps the world is taking in understanding us?” he asks. For others like Shonali Bose, one of the first filmmakers to portray a queer woman with a disability onscreen capable of desire and pleasure in Margarita with a Straw (2014), it is enough for now that in Modern Love Mumbai she could place a lesbian couple inspired by her real life friends as the lead actor’s employers. And to show it as one relationship that was surviving and loving while all others were collapsing.

“Mohabbat gunah nahin hai (Love is not a crime),” says Sitara to Saira in Sheer Qorma, cradling her in her arms, even as she struggles with her mother’s rejection. Indeed, love is love. 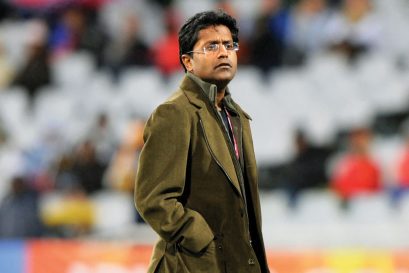