Pandenomics for the People 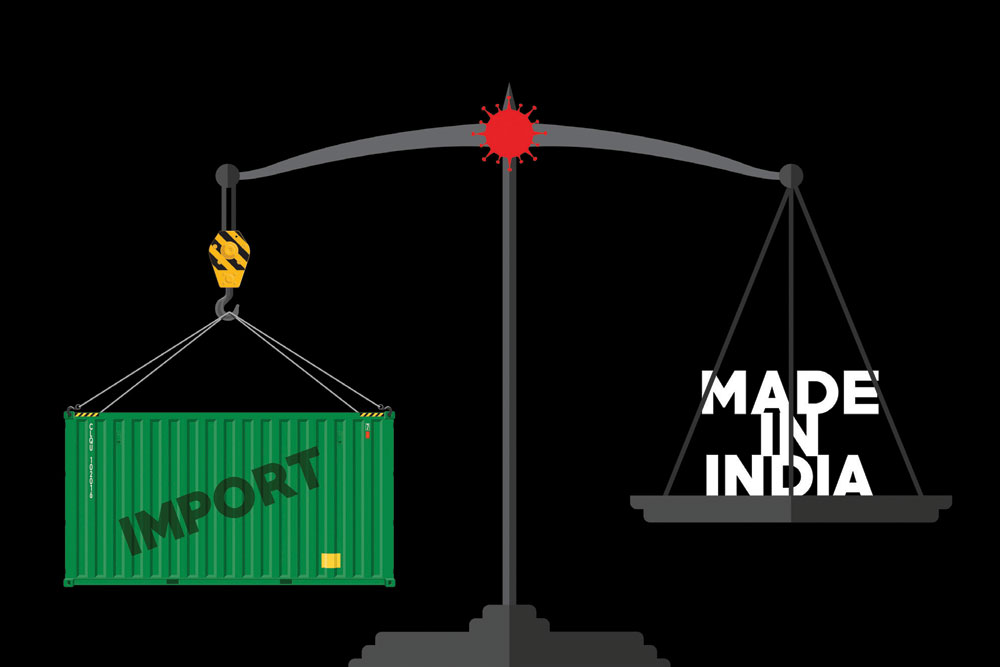 
ON APRIL 16TH, Adar Poonawalla, the chief executive officer of the Serum Institute of India (SII), made an emotional appeal to US President Joe Biden in a tweet. Poonawalla said, ‘I humbly request you to lift the embargo of raw material exports out of the US so that vaccine production can ramp up.’ Ten days elapsed between his appeal and the American response. With the contemporary speed of reactions and counter-reactions, it was almost an aeon. During this time, anti-American sentiment rose up many notches.

Matters pacified after the US president and his senior cabinet officials responded, almost all at the same time. The US promised aid to India that was battered by a huge number of daily cases, deaths and unconscionable shortages of essential items like medical oxygen.

In the gap of 10 days, however, the US was routinely abused for ‘abandoning’ India in its hour of need. In reality, things were more complicated. For a year—since late March 2020—output of materials like those Poonawalla requested have been prioritised for US requirements under the stringent Defense Production Act (DPA) of 1950. The DPA has been invoked by the Donald Trump and Biden administrations at different times against different US manufacturers and classes of goods. But these issues were ignored in what became a wave of anger against the US.

There are, however, uncomfortable questions that India must face. Is it time for India to localise production of essential goods that it cannot rely on global supply chains for? Last year, in late February-early March, when the pandemic hit the country, its production of vital equipment like ventilators was next to nothing. Far more basic stuff, such as PPE kits, was produced in almost negligible quantities for specialised medical use. No one knew at that point about the massive number of PPE kits that would be required that year. Yet, India ramped up production of ventilators and PPE kits from almost scratch. This year, it seems, a much bigger test is at hand. The country is now short of liquid oxygen, badly needed to save the thousands of Covid-19 patients who need it to survive the much more intense second wave. Similarly, the production of cryogenic containers/tanks required to store liquid oxygen is nil. Such was the wave of cases needing oxygen that coordination at the highest level was necessitated to divert oxygen used for industrial purposes for patients. The logistics of transporting it across a vast country with little specialised infrastructure that is necessary proved to be a nightmare in mid-April as the number of new cases shot through the roof.

That question begs another one: How is one to decide on the class of goods that should be localised for production? What quantities of these goods should be produced? The list of questions is considerably longer even as few seem to have a clear answer. It will surprise many that before 1991—when planning was in vogue in India—this was the stuff of decisions made under the aegis of the Planning Commission. Depending upon the priorities of the particular plan, there was elaborate paraphernalia of economic models, input-output tables, allocation priorities and more that decided the speed of India’s economic engines. It is tempting to think if that system can be brought back given the extraordinary impact the pandemic and the geopolitics of the last few years have had on individual economies. The answer is both yes and a much bigger no.

The first thing to note is that India is not a stranger to economic priorities being changed in the face of crises. During the planning age, plan priorities had to be shifted on more than a few occasions due to external shocks and uncertainties due to them. By 1965, a year after Jawaharlal Nehru died, the use of modern inputs like fertilisers, increased irrigation and hybrid seeds were introduced after it became clear that India’s food shortages could no longer be solved by the ‘community development programmes’ that were favoured by Nehru. But that shift in strategy led to agriculture being linked much more closely to consumption of industrial goods (fertilisers and chemicals) than the original plan had envisaged. That disturbed the original equilibrium worked out by the planners. The consequences of that momentous and far-reaching decision continue to haunt us till today. The latest example being the rich farmers from Punjab camping on the outskirts of Delhi who want cheap inputs and more money for their output, something based on those decisions in 1965.

This time—in the years of the pandemic—something similar is at work. An external shock is making a shift from global sourcing of a set of goods to domestic production. It appears tempting. But one problem is identical between the two periods. Suppose India were to ramp up oxygen production by setting up new plants, creating an industry for manufacture of cryogenic containers, etcetera, what is the certainty that demand for this output will remain high once the pandemic subsides? Back in the 1960s, India had a huge industrial establishment but one whose output was higher than what was necessary. The result was an industrial system that was perennially loss-making, inefficient and dependent on government support. There is no need to detail the economic pathologies that followed.

The right way to figure the present problem is to identify industries that can diversify their product lines to supply goods that become necessary in an emergency. This will not enable the production of all goods, but it can certainly reduce the burden on government. But this requires careful thinking: a clear list of ‘strategic goods’ likely to be cornered in case global supply chains break down is necessary. At the same time, this requires political decision-making to ensure that the list of ‘strategic goods’ does not keep increasing to the point that India finds itself back in the age of controls and planning. Empowered bureaucracies without accountability usually take countries to such disasters.

There is, however, a case for industrial policy of a different kind that requires government support. In contrast to the catch-up industrialisation that dictated such a policy in the mid-20th century, India needs an industrial policy for the ‘technological frontier’. Artificial Intelligence, robotics, innovative medical technology are just a handful of areas that can be supported by a new kind of industrial policy. The trouble is that the Indian mind is still geared to catch-up industrialisation. Its ability to formulate, let alone implement, such a policy is questionable.

Why India’s industrial policy and planning failed is an intellectual industry in itself. Left radicals claim that the private sector ensured that plans stood no chance of success and that India lacked the kind of ‘disciplining state’ that South Korea had to crack the whip when results were not forthcoming. Mainstream economists point out that the system of byzantine controls and allocations was bound to stifle the economy. One can add a contemporary twist: India’s noisy democracy demands ‘consensus’ and ‘consultation’ on every major decision. In the age of Twitter, governments can be forced to kneel on something as simple as the price of a vaccine. An innovative industrial policy cannot survive ‘Tweetstorms’. Unless, of course, governments stand firm and the politics of the country is ‘re-designed’ in a manner that allows such policy goals to be obtained for the benefit of the country and its people. This is a much better topic of debate than the barrage of criticism against the country’s main strategic partner.