Of Love Jihad and Other Demons 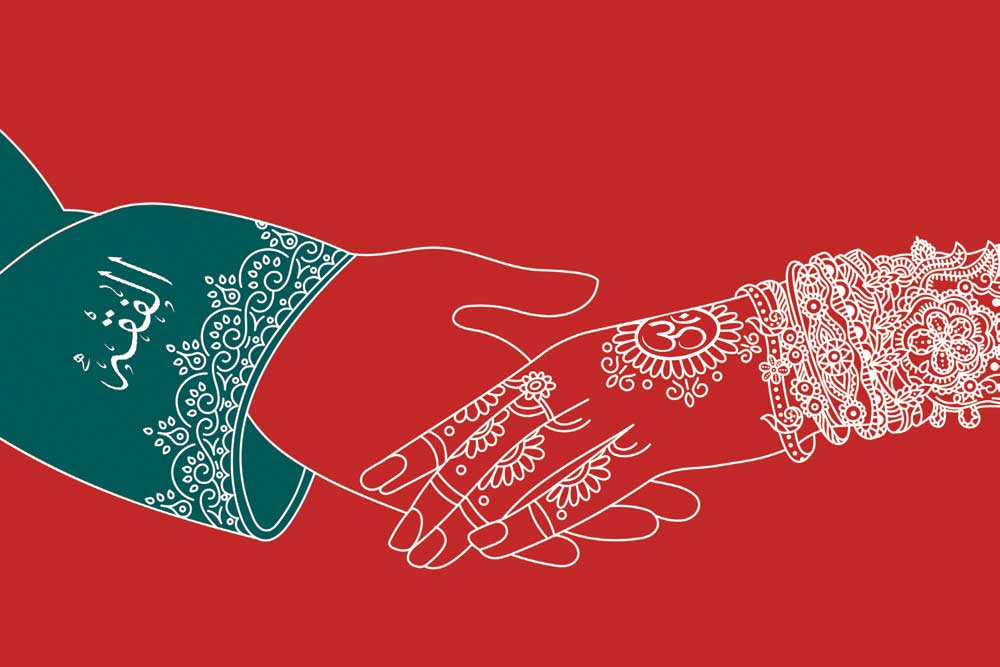 
THINK OF THE assumptions that must be fulfilled for the phenomenon of love jihad. There must be, first, an organised body of Islamic fundamentalists who must be well- versed in the art of romance. Fundamentalism, by its nature, must make a man somewhat deficient in this capacity. Second, he must couch his fundamentalism from his intended target. Which Hindu girl, if she recognises that the person before her is a rabid Islamist, would fall for him? It is a slim probability. Then the man who is doing this love jihad must be attractive. That is probably a basic requirement because, after all, there must be incentives to tide over the psychological borders of religion for the woman. Throw in ‘suave’ and ‘charming’ too because these would be useful skills in this field. Such characters with this curious mix of qualities must then also be in sufficient numbers to make it an enterprise of any reckoning. If there is in the whole of India five love jihadis, then the plan kind of breaks down once the fifth one has wooed and converted his target. Love jihad seems like a difficult ask.

Muslim men get married to Hindu women all the time and there is probably conversion too a lot of the times. But, if someone went around collecting data with objectivity, they might find that this is no more or less than what is happening with Christians too. The reason is to do with the nature of those religions that have clear entry points. There is a particular definition to being a Christian or a Muslim. Flip the idea of love jihad. Say that a group of Hindus decided to go on one. How will they convert a Muslim girl into a Hindu? You really can’t. That is what underpins the idea of caste, which defines marriage in Hinduism. Either the caste rejects that marriage altogether, refuses to acknowledge it and makes the couple an outcaste. Or, in its modern progressive avatars, it doesn’t really care.

This difference in entry and exit between Hinduism and Abrahamic religions is what makes it fertile ground for grievance by Hindutva, the political stream of Hinduism that is dominant in India today. That the conversion-after-marriage street doesn’t run both ways is felt as injustice but it doesn’t because it can’t, not by conspiracy. The convenient response then is to block the street altogether. That, however, runs into the Constitution India chose which gives every Indian the freedom to do as they please when marrying, even convert, if wanted. Hindutva, therefore, must find a solution to this problem. Love jihad is that answer. It started off as a conspiracy theory a few years ago in Kerala, a state where it is no surprise that inter-religious marriages would be more because the proportion of other religions is far greater than the rest of the country. Once the idea took hold, it was toyed around by Hindutva proponents elsewhere as vindication for all their anxieties about the danger that Hinduism faces from appeased minorities. From fringe, it has now fully entered the mainstream politics of India with a slew of Indian states seeking to implement laws against love jihad.

It has been led by Uttar Pradesh under the chief ministership of Yogi Adityanath, for whom love jihad has been a pet project for some time. The state recently brought an ordinance called ‘Uttar Pradesh Prohibition of Unlawful Conversion of Religion Ordinance 2020’. It assumes that inter-religious marriages are by conversion and leaves the burden to prove otherwise on the couple marrying. Simultaneously, holding the sword of a criminal charge over their heads unless an array of government tick marks gives them the go-ahead. As the legal news website Live Law reported on the ordinance’s demands: ‘One who desires to convert his religion voluntary, he/she shall give a declaration in the form prescribed in Schedule I at least 60 days in advance, to the District Magistrate. It has to be clearly stated in the form that the conversion is being done out of free will…Failure to do so will invite imprisonment for a term which shall not be less than six months, but may extend to 3 years…The DM will have to satisfy himself/herself that the Conversion is made voluntarily, if the permission is granted, then the concerned Priest, Pujari, Maulvi/Mulla, Padari shall inform the DM regarding the place and time of as to when he is going to convert a particular person. If he fails to inform the DM about the proposed Conversion, he shall also be liable to punishment…Once converted, the person is required to send a declaration in the form prescribed in the Ordinance to the District Magistrate of the District in which converted person resides ordinarily within 60 days of such conversion and has to physically present himself before the District Magistrate within 21 days. He/She has to state that he belonged to a particular religion and now he/she has converted to another religion. Failure to do so shall have the effect of rendering the said conversion illegal and void.’

This week, Uttar Pradesh registered its first case against a Muslim man under this ordinance. It is illustrative of how such laws pan out. The person who filed the case was the father of the Hindu girl who had eloped with the Muslim man some years ago. Police cases are what fathers do regularly when their daughter marries someone against their wishes. In this case, subsequently, the couple separated and the girl remarried. The case has been raked up again. These scanty details are what we can decipher from available media reports but what they do reveal is that all families upset at their daughter marrying without permission someone from another religion will find a handy tool to file police cases using the new law. Girls in orthodox societies will find it even more difficult to take independent decisions about their marriage.

Other states ruled by the Bharatiya Janata Party (BJP) are jumping on the train with enthusiasm. In Madhya Pradesh, a Bill will have punishment that could go up to 10 years for offences under this heading. Chief Minister Shivraj Singh Chouhan thundered at an event that he would not allow love jihad to take root in the soil there. In Karnataka, Chief Minister BS Yediyurappa has already stated his intention of bringing in a law. He said in November that he would put a stop to love jihad there.

Meanwhile, the nature of these laws makes them suspect under legal scrutiny and, almost concomitantly to these governments’ actions, there have been judicial pronouncements upholding the right of individuals to marry across religions without harassment.

In November, the Allahabad High Court division bench overturned an earlier order that had said religious conversions only for purposes of marriage were illegal. The bench said: “Right to live with a person of his/her choice irrespective of religion professed by them, is intrinsic to right to life and personal liberty. Interference in a personal relationship would constitute a serious encroachment into the right to freedom of choice of the two individuals.” On November 30th, the Karnataka High Court, in a ruling over a habeas corpus petition, said: “It is well settled that a right of any major individual to marry the person of his/her choice is a fundamental right enshrined in the Constitution of India and the said liberty relating to the personal relationships of two individuals cannot be encroached by anybody irrespective of caste or religion.” It will have little impact on the state governments that continue to test how much they can push love jihad laws. It is popular with their constituency, and what is some fiddling with the Constitution where that is concerned?