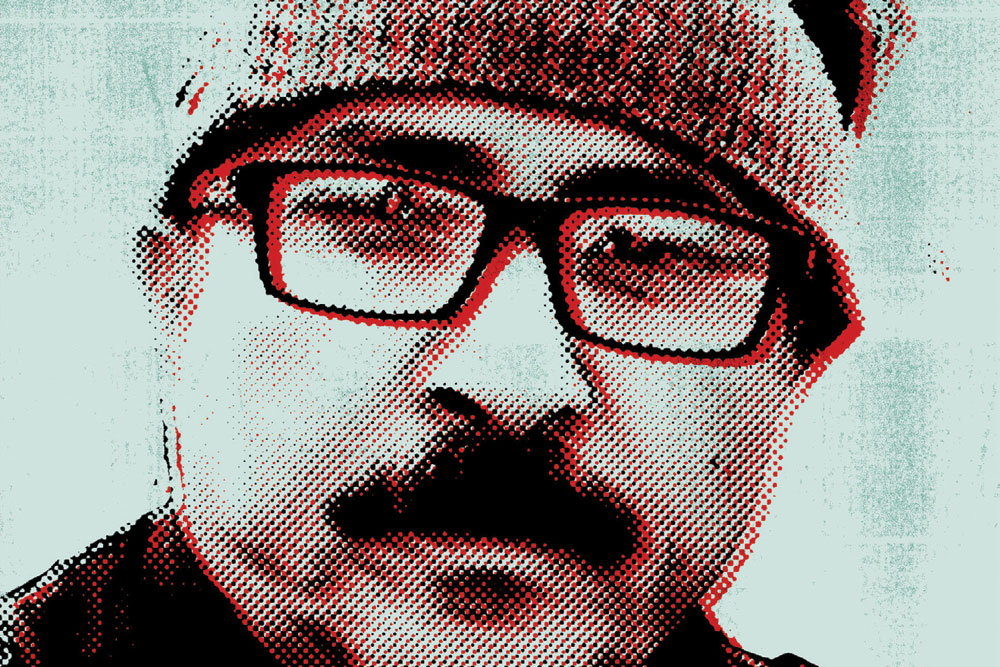 
ON JULY 17TH, Jammu and Kashmir Police (JKP) conducted multiple raids in the Valley and one in the Jammu region. They arrested a man and his several family members on charges of terrorist activities. The man, Mohammed Akbar Sofi, the police said, was behind a notorious blog called kashmirpress.wordpress.com, which had been issuing threats to social activists, journalists, political leaders and others. These included Kashmiri journalist Shujaat Bukhari, killed by terrorists in June 2018. From their houses and other properties, the police recovered more than 30 mobile phones, several laptops and hard disk storage devices.

The blog site used tacit means of targeting selected people in Kashmir. It would publish their names claiming that they worked for Indian intelligence agencies and were ‘enemies’ of the Kashmiri people. In that way, Kashmir’s Inspector-General of Police, Vijay Kumar, said, it would create a ground and provide advance justification for the killing of people like Shujaat Bukhari. Already, three people mentioned on the site in the past have been killed by terrorists—apart from Bukhari, a lawyer called Babar Qadri and a businessman named Satpal Nischal were targeted by terrorists. So far, the blog has published names of 39 people, including 27 journalists.

Sofi’s arrest is a stark reminder of how the jihadi element is embedded in the government machinery in Kashmir. Sofi was the secretary of the Srinagar Municipal Corporation (SMC). A former terrorist, he rose to a senior position even as there were serious allegations against him of corruption. In the current case, his daughter Nazish Yasrab Rehman, who is an advocate, and his son Tabish Akbar Rehman have been arrested as well. Two others arrested are Nazish’s fiancé, Javed Khalid, and a young man named Peerzada Rafiq Makhdoomi, who has in the past unsuccessfully contested SMC elections.

This year, Sofi had even received the Real Hero Award presented to him by Chirag Paswan.

Police sources say that more arrests in the case are imminent. But even as that happens, some questions beg answers.

After the abrogation of Article 370 in 2019, many suspected terrorist sympathisers were detained by security agencies. It significantly helped keep the situation in control, which many feared would turn explosive. Later, it turned out that many of those detained were involved in terrorist activities. A young man, Shakir Bashir, whom the National Investigation Agency (NIA) took into custody soon after he was released from the 2019 detention turned out to be the main associate of the Pulwama suicide attack mastermind, Umar Farooq.

Bashir’s family ran a furniture shop close to the spot of the suicide attack. Investigators monitoring the situation in New Delhi soon realised that they would have to deal with a far bigger menace. Over the years, jihadi elements in Kashmir had become quite adept at becoming a part of government. In reality, they worked for terrorist groups, providing clandestine support to them.


Mohammed Akbar Sofi was the secretary of the Srinagar Municipal Corporation. A former terrorist, he rose to a senior position even as there were serious allegations against him

In several cases, revealed police sources in Kashmir, some of them managed to convince intelligence agencies that they were assets to them. Sometimes, they may have provided minor or mostly insignificant information but the damage they caused to Delhi’s interests in Kashmir was irreparable.

Take Sofi’s case, for example. It is not known yet if someone considered him an asset, but it is shocking how someone like him remained a part of the system, becoming a senior member of the government in Kashmir, remaining undetected for so many years. “Imagine the kind of harm he would have done in all these years to the Indian state of which he was a part,” said a top police source.

One of the people targeted by Sofi’s blog is Kashmiri journalist Ahmed Ali Fayyaz. His name appeared on the site 11 days after the assassination of Shujaat Bukhari. A day after Sofi’s arrest, Fayyaz tweeted: “An active terrorist gets a govt job, manages Police & CID clearance, wins promotion after promotion in @SMC_Srinagar, gives jobs to others, manages promotional stories in local dailies and Facebook pages, engages 2 children and son-in-law in a terror cartel, flanks politicians.”

This remains a big concern even after two years of post-abrogation change in Kashmir. Earlier this year, NIA prepared a secret dossier of state government employees found to be engaged in terrorist activities. The agency recommended their dismissal from government service. After instructions from the Prime Minister’s Office, the state government finally acted upon NIA’s recommendations and on a list prepared by its officers as well, leading to the dismissal of 11 government employees. These include the two sons of Syed Salahuddin, the chief of the terrorist organisation Hizbul Mujahideen, based in Pakistan. One of them, Syed Ahmed Shakeel, was a lab technician at a premier medical institute in the Valley, while the other, Shahid Yousuf, worked as an assistant in the department of agriculture.

Among others, an inspector working with the power department in Wagoora in Baramulla district, Shaheen Ahmed Lone, has also been dismissed. Lone’s involvement in terror activities came to the fore after police arrested one of their own senior officers, Devender Singh, in January 2020, on charges of aiding Hizbul Mujahideen. From the data recovered from the phone of Syed Naveed Mushtaq, a former constable and later a terrorist arrested along with Singh, police found evidence of Lone’s involvement in terrorism. In 2017, the evidence showed, Lone had been instrumental in transporting weapons from the Line of Control (LoC) in North Kashmir and then supplying those to, among others, Saddam Padder, the then Hizbul district chief of South Kashmir’s Shopian. Investigations revealed that Lone had recruited another local resident of the Bijaldhar area along the LoC, Javed, for help in transporting the weapons. Since then, Javed has escaped to Pakistan. Police sources have revealed that among the weapons supplied by Lone to Hizbul terrorists, there were at least a dozen AK-47 rifles as well.

Similarly, a decision to dismiss three other police constables found to be involved in terror activities was taken.

Government sources in Kashmir tell Open that the dismissals of many other government employees involved in terror activities have been set in motion. These include people like Afaq Ahmed Wani, the manager of the Central Co-operative Bank in North Kashmir’s Handwara, who was involved in narco-terrorism. He was arrested in July last year and had been under suspension since.

One of the people targeted by Sofi on his blog is Kashmiri activist Javed Trali who is the co-founder of the think-tank JK Policy Institute. He considers the busting of this module one of the biggest police successes in a decade. But he says the module does not stop with Sofi and his family members. “When my name appeared on the site, I was surprised how much they knew about me—the coffee I drank, the clothing brands I wore. Where did they get all this information?” he asks.

As an activist, he says, he meets all kinds of people, including those in government. “If talking about ending violence is collaboration (with the government), then I am a collaborator,” he says.

Trali laments how separatist elements in Kashmir invoked freedom of expression when the law caught up with them. “But they do not extend the same courtesy to others who may differ with them,” he says.

“For us, they have a bullet ready.”