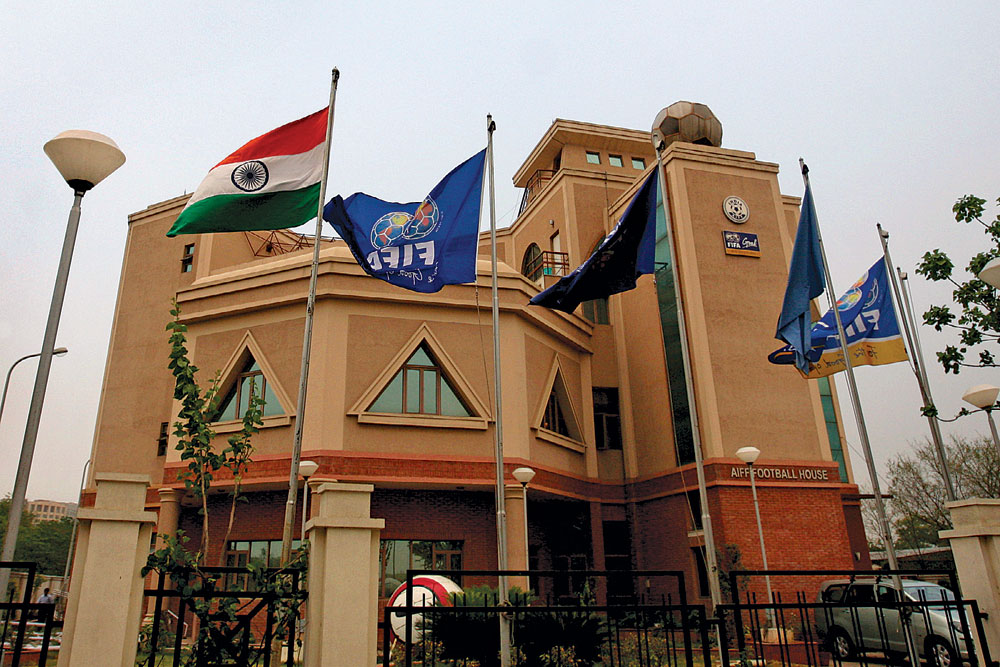 
Just hours before it suspended the All India Football Federation on August 16, FIFA representatives held a video conference with senior ministry of sports and SAI officials during which the two sides agreed on an election process for the AIFF executive committee that adhered to the world body’s norms, comprising 22 members which would include five eminent former players.

Significantly, the government-FIFA conference, which took place at 3 pm in the afternoon of August 15, saw the world body agreeing to the ongoing election process of the AIFF executive council as per the Supreme Court’s directions in keeping with the formulation agreed on during the discussions. Barring FIFA’s view that the AIFF general secretary is a salaried and not elected post all issues stood resolved. A clear action plan for proceeding with elections – the key FIFA demand for allowing India to host the women’s under 17 world cup in October – was arrived at and duly recorded.

Keen to eliminate delays in implementing the agreed text, the sports ministry held a VC with the committee of administrators (CoA) members Justice (retd) A K Dave and former chief election commissioner S Y Qureshi the same evening. Given the urgency of the situation, the discussions with FIFA were endorsed except that the number of players in the executive was increased by one to six.

Yet, despite contentious issues being resolved, a day later on August 16, the bureau of the FIFA council suspended AIFF for undue influence of third parties. This instantly debarred a women’s team from participating in a Asian club tournament and scratched India as host for the U 17 women’s world cup. Just why the FIFA proceeded with the ban has left government mystified. “Perhaps FIFA doubted elections will be held in time. But the ministry and CoA had agreed to all their points,” said a source.

Participants at the VC between FIFA and the ministry on August 15 were: Nodar Akhalkatsi, director of strategic projects and member association governance, FIFA and Sanjeevan C Balasingham, director of member association, Asia and Oceania, FIFA. From the ministry of sports were Sandeep Pradhan, DG SAI and Kunal, joint secretary, (sports development). “FIFA Representatives appreciated the efforts and were in agreement broadly with all points,” says the record of the meeting.

The specifics agreed on were:

– Election of EC to be conducted by electoral collvege of 36 state representatives.

– EC consist of 22 members, including five eminent players and 17 will include. The president, treasurer and one vice president.

– Three men and two women eminent players may be nominated. This mean a past football player, male or female, who has been retired for at least two years, represented India at the senior level in at least one competitive match sanctioned by FIFA/AFC.

– Selected eminent players shall be co-opted as members in the EC, have voting rights.

– Ongoing election process to continue as per directions of Supreme Court. FIFA had no objection if any candidate or association demands additional time for electoral process as long as election concludes well before U 17 cup.

– New EC be elected within six months from adoption a new constitution by the competent authority. Till then the elected EC so elected can continue subject to maximum of four years.

In the event the FIFA action in banning AIFF when even the CoA had agreed to step aside and allow the executive committee, formed as per agreement with FIFA, to take charge is puzzling in many ways. Sources familiar with the discussions point out that the contentious issue of the inclusion of former players with voting rights had also been resolved with CoA abandoning its proposal of inducting as many of 36 of them into the EC with voting rights.