A genre-bender who made Hindustani classical music an accessible, emotional experience 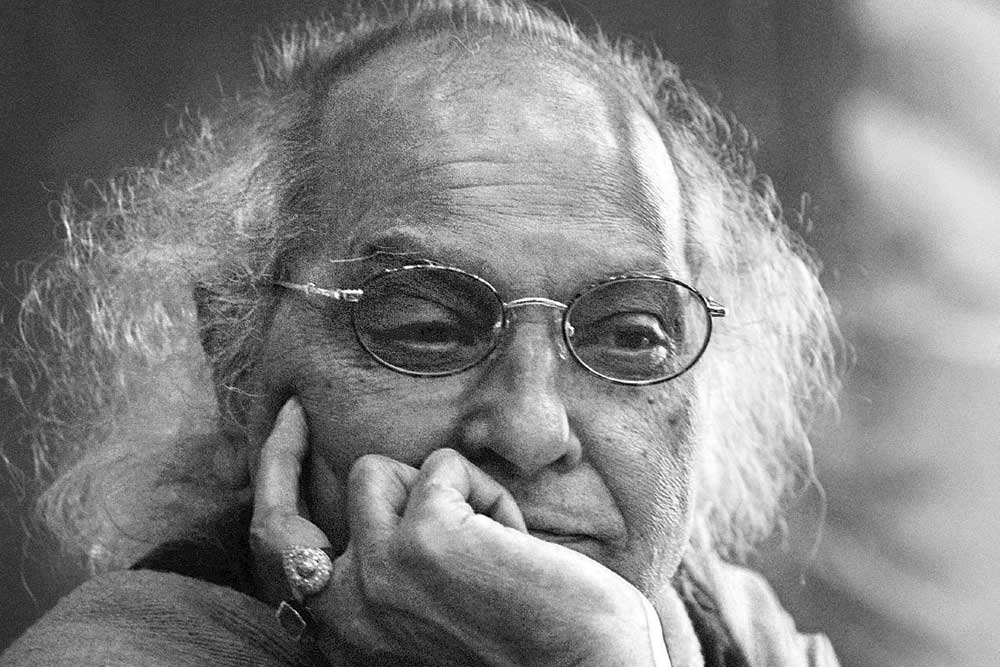 
“OF THE MEN who dream of a wedding, few ever get to wear the sehra—the wedding garland—and fewer still manage to look good.” Pandit Jasraj’s disciples were familiar with his aphorisms, but what made this piece of advice hit home was the fact that it was coming from one of India’s most popular concert musicians. As much as artistic prestige and technical rigour, it was the audience that animated Panditji’s music. As someone who performed for the crowd, constantly gauging, creating and reacting to the mood, he dressed the part of a groom on stage, not tolerating a wrinkle in his dhoti or a shabby kurta, no more than he would an errant note by an accompanist. Pandit Jasraj wasn’t just gifted with one of the best voices of his era, he also strived to be everyone’s musician—someone who could sing an alaap so cavernous, you would need years of training to shine a flashlight into its deepest secrets; bhajans that were hitherto not considered serious music; a more lively and accessible avatar of the khayal; intricate bandishes of his own that would allow him to span many octaves. There was no question of retirement. So when Pandit Jasraj died on August 17th, aged 90, of cardiac arrest in his New Jersey home, we did not just lose the last of the greats, we also lost one of the first musicians to inspire the world of Indian classical music to be people-facing.

“He lived in the moment and always knew what to do, what to say. I remember playing with him at the late Atal Bihari Vajpayee’s 80th birthday. Panditji was singing Bhairavi when the then Prime Minister, Manmohan Singh, walked in. In an instant, he launched into Gurbani and Mr Singh could not contain his joy,” says Shashank Subramanyam, a Carnatic flautist and a long-time disciple of Pandit Jasraj. “I spoke to him over video four days ago. He wasn’t ready to hang up his boots; in fact, he was preparing to resume video classes in a week’s time,” Subramanyam says.

The Hisar, Haryana-born musician first trained in the tabla under his elder brother Pandit Pratap Narayan, father of the music director duo Jatin-Lalit, and turned vocalist under the tutelage of his elder brother Maniram. Emerging as the most prominent exponent of the Mewati gharana—and of Hindustani music—Pandit Jasraj acknowledged the impact of Begum Akhtar’s, Ustad Bade Ghulam Ali Khan’s and Ustad Amir Khan’s music on his own aesthetics. He in turn redefined the sound of the Mewati gharana, making the art of meend, the lovely bridge between swaras that lies at the heart of melody and bhava, its watermark. Panditji also developed an abiding respect for diction that is absent in many a classicist tradition. “He was a complete musician, exploiting the entire range of his voice, and cavorting with rhythm, sargam, layakari and meend to achieve a non-monotonous sound. If you listen to a three-hour concert of his, you would find as much aa-kar as i-kar and u-kar,” says Sanjeev Abhyankar, the torchbearer of the Mewati gharana after Pandit Jasraj, who often referred to him as “our Sunil Gavaskar”.

In the 1970s, Pandit Jasraj’s music was not quite as soulful and devotional as we know it today. “When I listen to records from the 1970s, when he himself was in his 40s, his music seems to be more aggressive, restless and romantic. Later—I have known him since 1983—his music became more spiritual and inward-looking, more so with age,” says Abhyankar. “Devotion was a big part of his life. Anywhere he went, he would visit temples and sit down in a corner and start singing,” says Subramanyam, who remembers an impromptu session at the Kalighat temple. In fact, his devotion for the goddess Kali seems to have shaped his deep respect for women artists like MS Subbulakshmi and Rukmini Devi Arundale, whom he spoke of in reverential terms. Panditji would go on to mentor generations of musicians, many of them women, including Anuradha Paudwal, Kala Ramnath and Sadhna Sargam.

Panditji forged connections with Carnatic musicians like the late M Balamuralikrishna and the mridangist Sridhar Parthasarathy who routinely accompanied him for years. It is not easy to reconcile the man who is said to have summoned the rain with a monsoon raga, with the image of a modern-day genre bender. He was both, and more.