Breaking the water impasse with Bangladesh 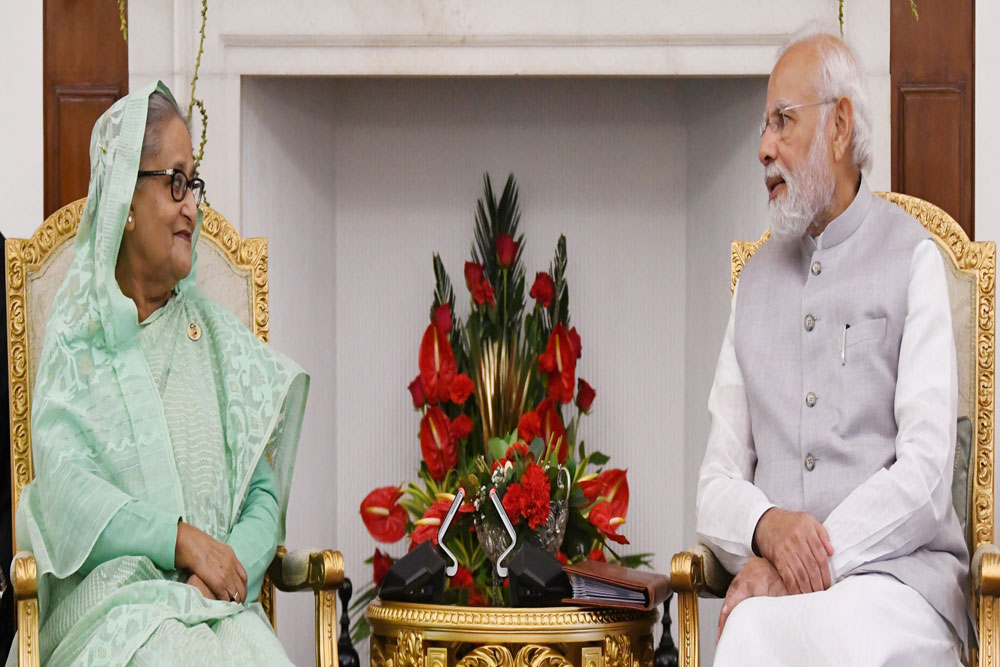 Water is one issue that has bedevilled relations between the two countries for long. The two countries share 54 rivers that are common to them but there are few agreements on water-sharing. The two sides signed the agreement on sharing of water from Ganges at Farakka in 1996 and this was held as a model agreement. But there are plenty others—such as the one over sharing of Teesta River waters—that continue to elude an agreement.

The Kushiyara River is a distributary of the Barak River that flows in India’s Northeast region and has a common boundary with Bangladesh in its Sylhet district. The agreement signed between the ministry of Jal Shakti and Bangladesh’s ministry of water resources can be a model for the future. Pending resolution of the Teesta River issue, it can be used to sort out sharing problems for other rivers.

India has for long had testy relations between its neighbours when it comes to sharing of river waters and hydropower resources. These disputes have not served anyone and there is a growing realisation that perhaps it is time for more cooperative ideas instead of confrontational attitudes.

Something similar was visible during the visit of Nepal’s Prime Minister Sher Bahadur Deuba to India in April this year. The two countries issued a Joint Vision Statement on Power Sector Cooperation. The statement noted that, “That Indian investment into Nepal’s renewable power sector, in particular the Hydropower sector, has the potential to benefit both the countries by strengthening their economies, generating employment, enhancing export earnings and contributing to further development of industrial and financial capacities, and mutually agreed sharing of other benefits.”

It was after a long time that a positive statement of intent was aired on sharing of hydro resources, a politically sensitive subject in Nepal’s politics. Something similar is visible now in relations between India and Bangladesh.