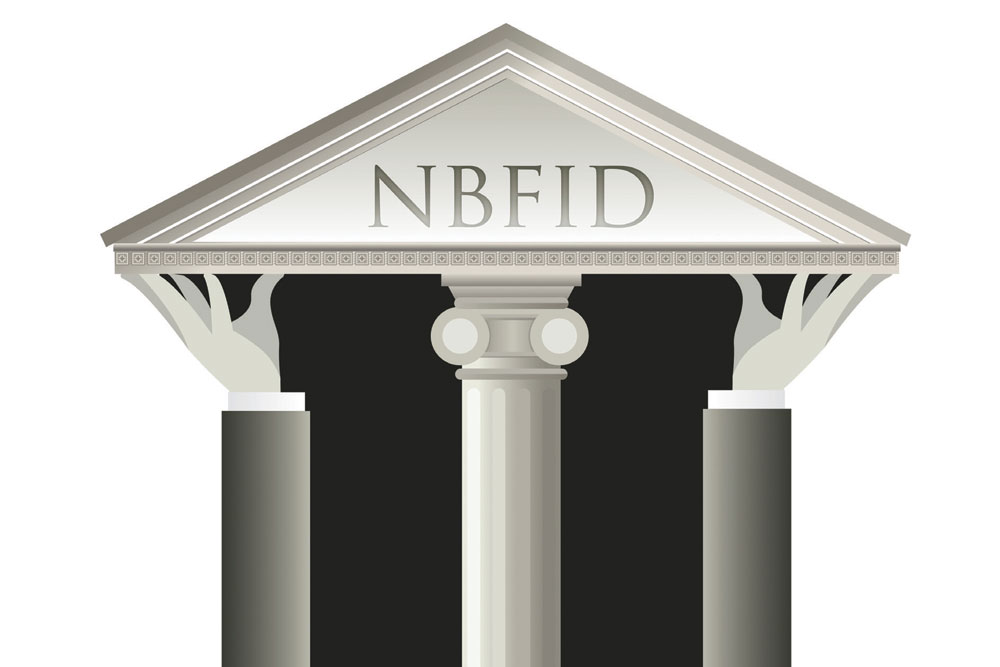 
IN HER BUDGET speech this year, Finance Minister Nirmala Sitharaman had hinted at the creation of a new development finance institution (DFI). She had said, “Infrastructure needs long-term debt financing. A professionally managed Development Financial Institution is necessary to act as a provider, enabler and catalyst for infrastructure financing.” Last week, Parliament passed the National Bank for Financing Infrastructure and Development (NBFID) Act and with that India has minted a brand new DFI. The idea of DFIs is old and India has tried its hand with these specialised financial institutions before, in a very different time.

NBFID has been envisaged as a bank that will coordinate as well as invest in infrastructure projects. But it is an institution with a difference. Unlike in the past, this time, the Government has also emphasised the coordinating role for the new DFI. Developing a deep and liquid bond market is also listed as an objective for NBFID. It is the absence of such a market that lies at the heart of India’s current crisis of lending for long-term infrastructure projects, something that has landed the banking system in trouble. The authorised share capital of NBFID has been pegged at Rs1 lakh crore. “Past attempts to have alternative investment funds were taken up, but for various reasons, we ended up with no bank which could take up long-term risk (which is very high) and fund development,” Sitharaman had said after the Cabinet had given the green signal for the DFI.

The new DFI is clearly a response to a systemic crisis that has been brewing for more than a decade. In the heady days of 2007-2011, when high economic growth seemed never-ending, the banking sector took some questionable and reckless decisions. Lending to infrastructure, especially to private public partnerships (PPPs), boomed. India was trying to plug its rapidly rising demand infrastructure—roads, power, telecom, ports—and the list of ‘viable’ projects seemed to be big. In those heady days, not much thought was given to the timeframe in which the projects would take off and, more importantly, by when banks would get back what they had lent.

The results of those reckless practices were uniformly poor. By 2013-2014, bank non-performing asset (NPAs), especially those of public sector banks (PSBs), were so high as to engulf the entire sector in a crisis. Injection of capital through successive Budgets by the NDA Government had reduced this figure from 11.5 per cent in 2017-2018 to 9.5 per cent two years later. But with the Covid-19 pandemic hitting India in March 2020, the country went into a prolonged lockdown to control the spread of the disease. Along with this came a full year of regulatory forbearance. The Insolvency and Bankruptcy Code was suspended for that period along with the collection of interests on loans, recoveries, etcetera by banks. The full effects of that ‘freeze’ will be known at least a year later. But it is clear that, at the moment, banks certainly have no appetite for lending and especially for high-risk infrastructure projects. Last year, the Economic Survey had stated that India needs to spend $1.4 trillion on infrastructure if it needs to achieve the goal of becoming a $5 trillion economy by 2024-2025. In the present situation, it is not clear if the private sector can come up with that kind of spending on its own.


The NBFID has confounded leftists. It is modelled on institutions that had Leftist support earlier. It is another matter that NBFID is not a statist intervention but is based on the current economic environment

Even before the pandemic, bank credit growth for the infrastructure sector had come down from 15 per cent in 2013-2014 to a negative 1.7 per cent in 2017-2018. Much of this slowing in credit for infrastructure had been picked up by non-banking financial companies (NBFCs) and even before the banking crisis, specialised Infrastructure Finance Companies, such as Power Finance Corporation, Rural Electrification Corporation, Indian Institute for Financial Certifications (IIFC), Infrastructure Leasing & Financial Services (IL&FS) and others, had taken up this task. After the IL&FS crisis in 2018, another round of woes for infrastructure lending emerged. The old problem of borrowing short and lending long was never really solved in India. By mid-2018, nearly 30 power projects with a cumulative exposure of Rs 1.27 lakh crore to banks were facing bankruptcy. Key infrastructure sectors like power, roads, telecom and ports were facing serious financing problems. All this while, the demand for infrastructure had not abated.

The new DFI has prompted critical commentary even before the law was introduced in Parliament. A straightforward comparison is made between NBFID and a clutch of institutions created in the decades after Independence. These financial institutions had economic logic at that time. The problem for India’s planners was how to channel savings into investments as well as expanding the pool of savings. Unlike developed countries where markets performed this role, India did not have the financial architecture required for that purpose. A clutch of DFIs were created to meet this necessity. The Industrial Finance Corporation of India (IFCI) was created in 1948, the Industrial Credit and Investment Corporation of India (ICICI) in 1955, the Industrial Development Bank of India (IDBI) in 1964, and State Financial Corporations (SFCs) in different states were set up over time. All of them were expected to boost India’s industrial prospects. Their performance was disappointing as these institutions were not careful in project appraisal before lending. Political interference and dictation to fund particular projects ended up killing their prospects. By the time India took a turn to liberalise its economy, most of these institutions had either run out of money or were ineffective in their original purpose.

By the 1970s, state intervention in the economy was largely ideological and bereft of pragmatism. This affected DFIs as well. The SFCs were the hardest hit. In most cases, loan sanctioning and disbursing were corrupt. This had a twin effect. Industrial projects did not take off as the ones that had potential received no help and those given help had little chance of success. At the same time, SFCs were drained of money and resources that could have ensured their sustainability. At the Central level, the mechanism of decline was different: the level of corruption was lower and instead funding of ‘prestige projects’ was the norm. But the result was the same: absence of industrialisation and financial decline of DFIs.

This experience has been picked up by analysts to criticise NBFID. The past performance and experience are indeed reasons for worry. The difference is that India is in a very different age now. The biggest difference lies in the reasons for creating DFIs then and NBFID now: there is no ideological reason to go for a DFI while there are plenty of practical reasons. The private sector is not being supplanted and, as the NBFID Act makes clear, goals like creating a deep and liquid bond market—which will not make a distinction between government and private sector projects—are one example. Professional management of NBFID, in consultation with the Reserve Bank of India (RBI) is another. There are, no doubt, concerns about the past repeating itself but that should not be an excuse to doubt the institution even before it has taken root. The combination of prestige projects and widespread corruption in the lending processes is not a feature of contemporary India. There will, no doubt, be plenty of challenges in pushing infrastructure growth but these would have become even more daunting in the absence of a risk-bearing institution. That gap has been plugged by NBFID.

PRIME MINISTER NARENDRA MODI spoke about the necessity of not demonising India’s wealth creators in Lok Sabha. Predictably, that led to adverse political reactions from a section that believes in leftist ideas. By now it is common to use expressions like ‘cronyism’ to describe anything that remotely empowers the private sector. In that context, the timing of NBFID is fortuitous. While the institution was designed keeping in mind economic necessity, seen from a leftist perspective, it ‘balances’ the prime minister’s statement in Parliament with an institution that allegedly resembles statist developmental institutions of the last century. So far, there has been no reaction—positive or negative—after the making of the law.

Politically, NBFID corners the leftist and Left-oriented opposition in India even further. From 2014, when the Bharatiya Janata Party (BJP) came to power, the ideological attack against the two NDA Governments has had two prongs. One, it would militate against democracy in India and two, ‘neoliberal’ reforms would lead to greater inequalities and, ultimately, the dismantling of the welfare system in the country. Events since have demolished both claims. Year after year and election after election, the vibrancy of Indian democracy is for the world to see. Similarly, the claim of ‘neoliberalism’ taking root and the private sector edging out the public sector has proven hollow. If anything, the supply of basic goods like potable water, cooking gas, housing, banking and more has gone up dramatically under the two Modi Governments.

In this context, NBFID has confounded leftist critics. They cannot openly criticise the institution or even the idea behind it as on the surface the new DFI is modelled on institutions that had leftist intellectual support in the 1960s and 1970s. It is another matter that NBFID is not a statist intervention but one that is practical, based on the current economic environment. The issue is one of bearing risk in large projects, something the private sector has been more than happy to share but in recent years, due to the economic downturn and the banking crisis, has found increasingly difficult to do. The private sector has been executing large infrastructure projects like ports and roads for almost two decades. The issue is one of large companies overleveraging and now saddled with debt. They have little appetite left for more borrowing. Hence the risk.

NBFID is only the latest in a series of moves, institutional structures and steps from the Modi Government over the last seven years. All of these measures have been taken on practical grounds. But because India had been governed on ideological grounds in the decade before 2014, the practical necessity of keeping government away from ideology had been lost sight of. This resulted in viewing every government decision through an ideologically tinted lens when the reality is prosaic.