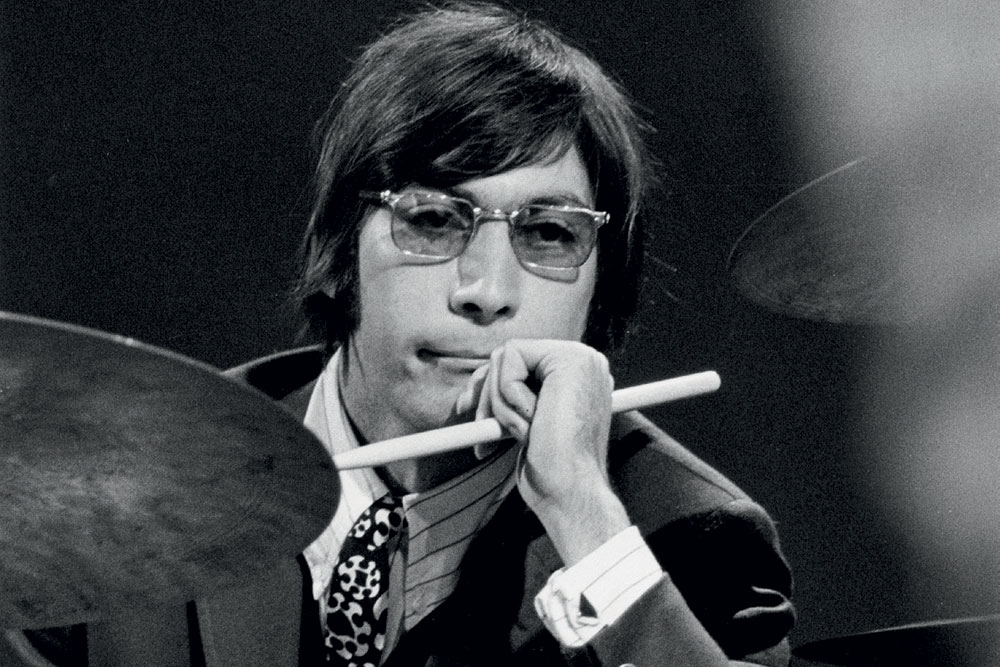 
ONE MAY NOT have heard of Charlie Watts, but it would be impossible to have not heard him. He is not instantly recognisable in the way his famous band members Keith Richards and Mick Jagger are, or for that matter any of the brash and flashy musicians of the rock ’n’ roll generation were, but he is a constant in some of rock ’n’ roll’s greatest songs, the light touch and rhythm of his drums making his songs those songs. The Rolling Stones’ long-serving drummer, Watts, passed away on August 24th at the age of 80.

The Rolling Stones may have been the poster boys of the rebellious counterculture movement, but Watts was an exception. Always immaculately dressed, polite to a fault, he did not party hard, preferred not to hang with groupies and remained famously faithful to his wife Shirley Shepherd. On stage, his drumming was far from flashy. Off stage, he was reserved, preferring to let his band members take up all the limelight. Watts sometimes gave the impression that the band was more a job than a calling. His true love being jazz, which he grew up playing, and which he continued to play while being a part of the Rolling Stones.

But Watts was far from a pushover. According to one version of the famous story, Jagger once phoned Watts in his hotel room at midnight in the midst of a party, bellowing, “Where’s my drummer?” This was Jagger suffering from, in Richards’ words, “lead vocalist syndrome”. Watts reportedly shaved himself, picked out a suit and sprayed some cologne, and then walking down the corridor into Jagger’s room, punched the singer in the face, saying, “Don’t ever call me your drummer again. You’re my fucking singer.”

Watts worked in an ad agency as a graphic designer early in his life, pursuing his passion for drums in local jazz clubs and pubs. He was first recruited to play in the band Blues Incorporated, whose guitarist Brian Jones in turn introduced him to the just-forming Rolling Stones, whose original drummer had just quit.

If there were any doubts Watts’ background in jazz would work against him in this new emerging world of screaming vocals and electronic boom, those dissipated quickly. An unlikely candidate for rock god status, with classics like “(I Can’t Get No) Satisfaction”, “Jumpin’ Jack Flash”, “Get Off My Cloud” and “Sympathy for the Devil” that transformed the musical landscape of that era, Watts was soon being hailed as one of rock’s greatest drummers. There was none of the flamboyance abounding in other bands of that era, say, the pummelling of the drums by Led Zeppelin’s John Bonham or the showmanship of The Who’s Keith Moon. Playing on a small drum set by his peers’ standards, Watts brought simplicity to the form. Eschewing any form of needless decoration and relying more on perfect timing and sometimes jazz-inflected swing, his focus was always on keeping the song moving forward and never on himself.
Watts was also perfect for the Stones, both in his style of play and in his temperament. As Richards once said in a 1979 interview, “Everybody thinks Mick and Keith are the Rolling Stones. If Charlie wasn’t doing what he’s doing on drums, that wouldn’t be true at all. You’d find out that Charlie Watts is the Stones.”

For all his restraint, however, he went through something of a mid-life crisis in the mid-1980s when he began hitting the bottle and—shockingly, given his nature—developed a heroin addiction. It didn’t last very long. Richards—of all people—intervened; and with his wife’s support, Watts was back on the rails.

Watts once described his life in the Stones as “four decades of seeing Mick’s bum running around in front of me”, but he was the glue that kept it together. His bandmates at various points have suggested the Stones simply couldn’t continue without him. It is a theory that’s now going to be tested. Watts may have been the least charismatic member (by choice) of one of the last century’s best and most flamboyant bands, but he was its heart and soul.