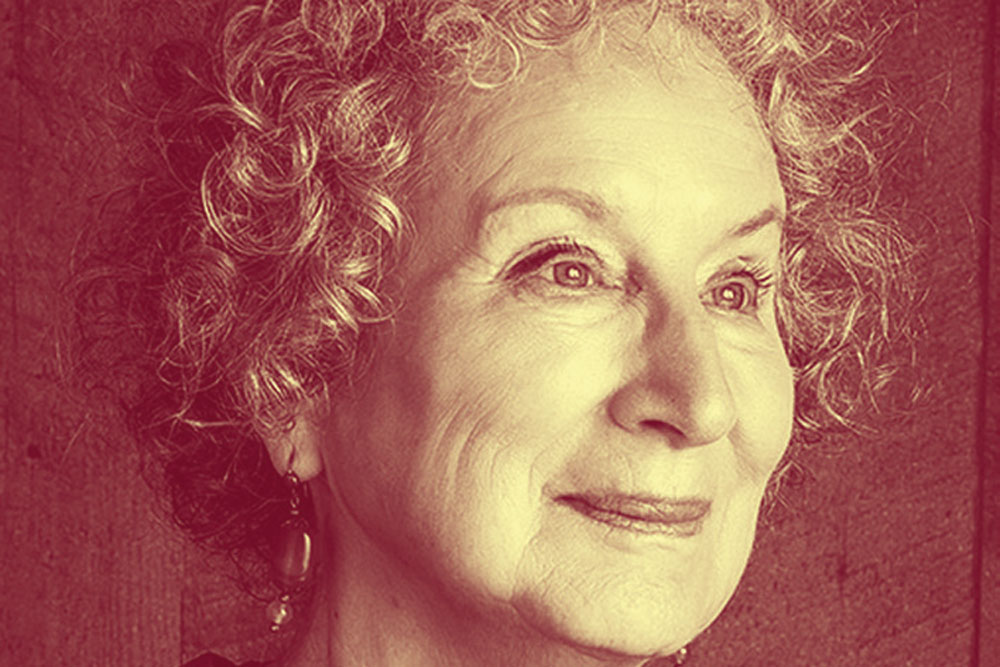 
THE RELEASE OF Canadian writer Margaret Atwood’s novel The Testaments, sequel to her classic The Handmaid’s Tale (THT), last month has been the publishing highlight not only of 2019, but of many years past. The judges for the Booker Prize had to submit a strict nondisclosure agreement to read the novel. Their nomination of The Testaments for the longlist and then the shortlist further fed popular curiosity. In fact, the publishers came under some criticism for not advancing its publication in the light of the nomination.

It was released, as scheduled, on September 10th at the midnight hour, with a carnival-like atmosphere at London’s Waterstones, women about in handmaids’ costumes made iconic after the 2017 TV adaptation of THT, and Atwood feted with cupcakes with the white-black-and-green cover illustration.

THT, in 1985, had invited readers to imagine a time when a military, theocratic dictatorship has been established in the US, with women stripped of all rights and agency. Upon publication, it was acclaimed, became a recommended text, and invariably Atwood’s subsequent fiction would be compared to THT. But when Donald Trump was elected President of the US in November 2016, copies of THT began flying off the shelves, and Amazon reckoned that in 2017 it was the most read work of fiction.

The Testaments, unsurprisingly, carries echoes of today, of the creeping misogyny worldwide, the assault on liberal values, the manufacture of populist, majoritarian consensus—and equally, the resistance being heroically waged. The Testaments is chilling, set 15 years after THT, but it also offers the consolation that Gilead, the totalitarian state of the two novels, may not be permanent. It is literature at its finest, the writing being of the moment but also for all time.


I recount The Testaments’ publication hysteria to make the point that it would, nonetheless, have not created controversy if the 2019 Booker Prize had not gone to Atwood, never mind her towering literary reputation, her oeuvre consisting of dozens of books, and her guiding voice in the public sphere. The Booker, in recent years, had yielded to the mandate of bringing to public attention less-known fiction writers of great accomplishment. The controversy is that the prize is shared, between Atwood and British writer Bernardine Evaristo (for Girl, Woman, Other; full disclosure: I haven’t yet read it), with the judges breaking a 1993 rule that forbade multiple winners of the Booker Prize.

By doing so, it is not just that they have highlighted how strong and diverse the shortlist was this year, with Elif Shafak’s 10 Minutes 38 Seconds in This Strange World, Lucy Ellmann’s Ducks, Newburyport, Salman Rushdie’s Quichotte and Chigozie Obioma’s An Orchestra of Minorities also in contention. It is that the Booker hints at a more capacious balance: a nod to a writer of universal repute and relevance, as well as to a voice that is
not yet sufficiently acclaimed.

This split verdict came within a week of the twin Nobel Prizes for literature, for 2018 and 2019. The 2018 honour went to the Polish writer Olga Tokarczuk, and the 2019 title to the Austrian Peter Handke. There were two prizes because by last year the moral breakdown was complete within the Swedish Academy, which chooses the winner, with scandals encompassing charges of sexual assault, nepotism, financial mismanagement and collusion with bookmakers, making it impossible for the 2018 prize to be credibly announced in 2018. If the twin announcements of October 2019 were aimed at restoring credibility and grandeur, it failed: as PEN America put it, Handke had ‘used his public voice to undercut historical truth and offer public succour to perpetrators of genocide’ in the Balkan war.

The Nobel rightly honoured Tokarczuk, but the Man Booker International Prize had already brought her the global spotlight in 2018 for her novel Flights. The International Prize had been instituted in 2005, in one of the evolutionary steps that have made the Booker the most exciting literary award today. In 2014, for instance, the limitation that contenders for the Booker Prize be Commonwealth citizens was abandoned; and I’d argue that with the shared prize of 2019 the Booker has stolen the thunder from the Nobel, by honouring Evaristo and Atwood together. In fact, had the Swedish Academy not blundered this year, perhaps the break from the Booker rules days later may not have made complete sense.